One of the popular tourist activities here in the Sedona area is taking a relaxing balloon ride.  Very early almost every morning, they come by our rig.  I thought the attraction was the scenery, but maybe it's us! 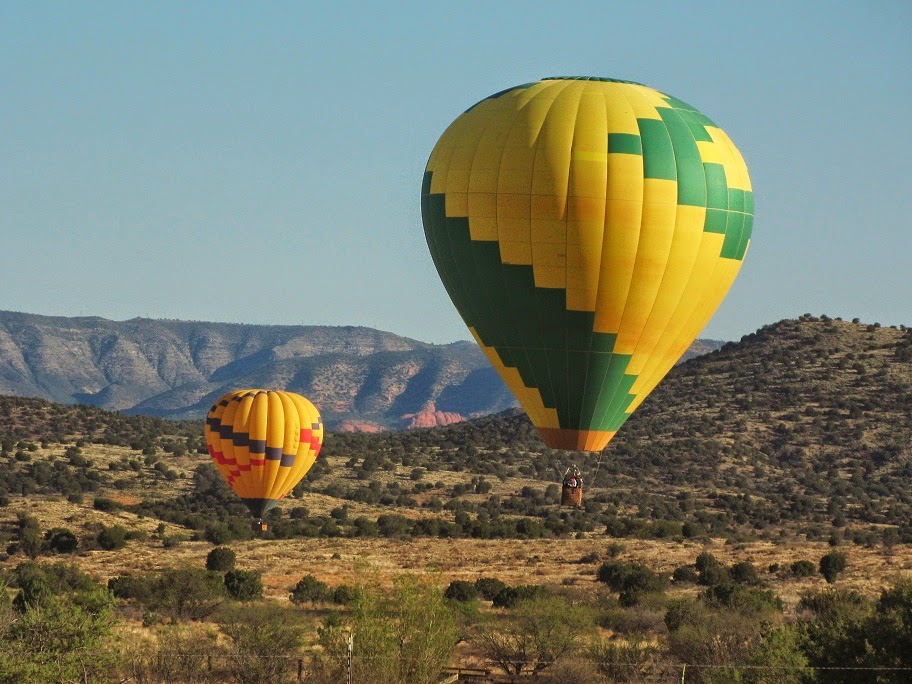 I confess I was only up that early because Diana, Ron, and I wanted to get a jump on one of our favorite trails - the Teacup Trail.  Even the view from the trailhead is spectacular. 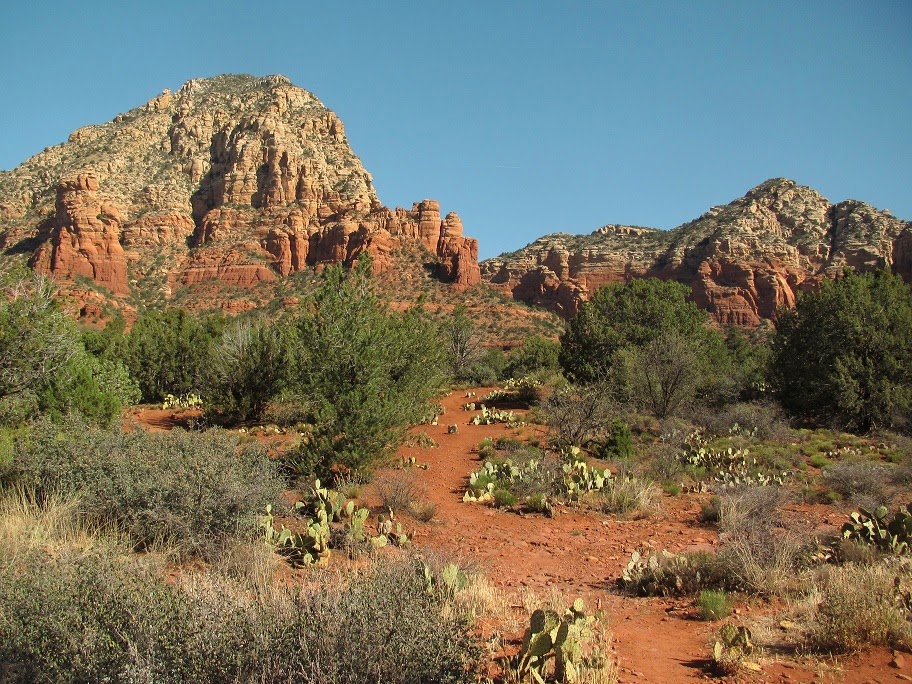 After an easy 6/10 of a mile, the trail heads down into the valley.  Can you imagine living in this beautiful place? 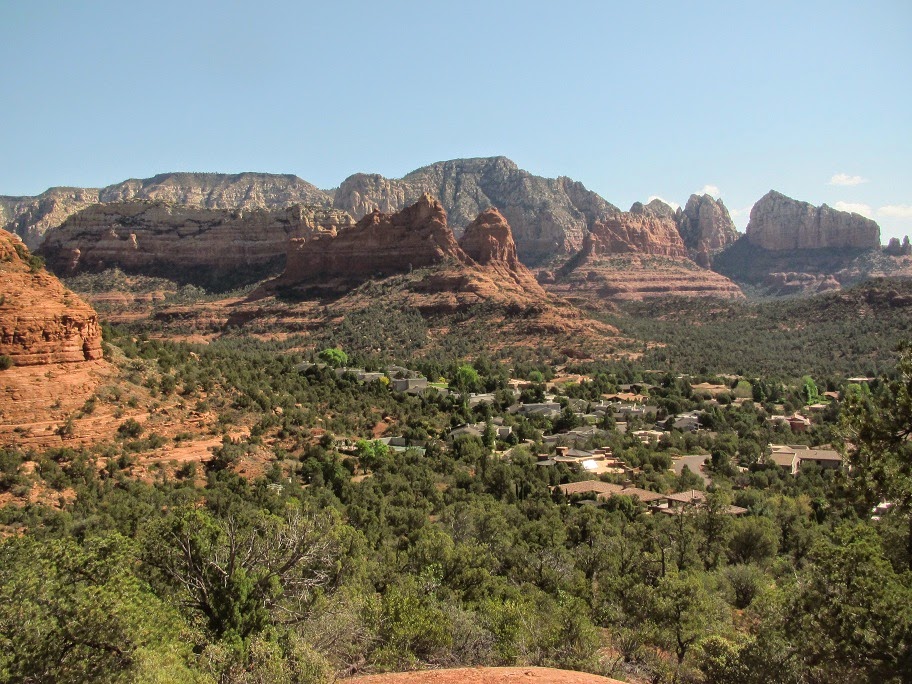 At this point, there is a great view of the rock formation known as the Coffee Pot on the right side of this picture. Keep in mind, this is not a Keurig coffee pot, but an old-fashioned percolator. 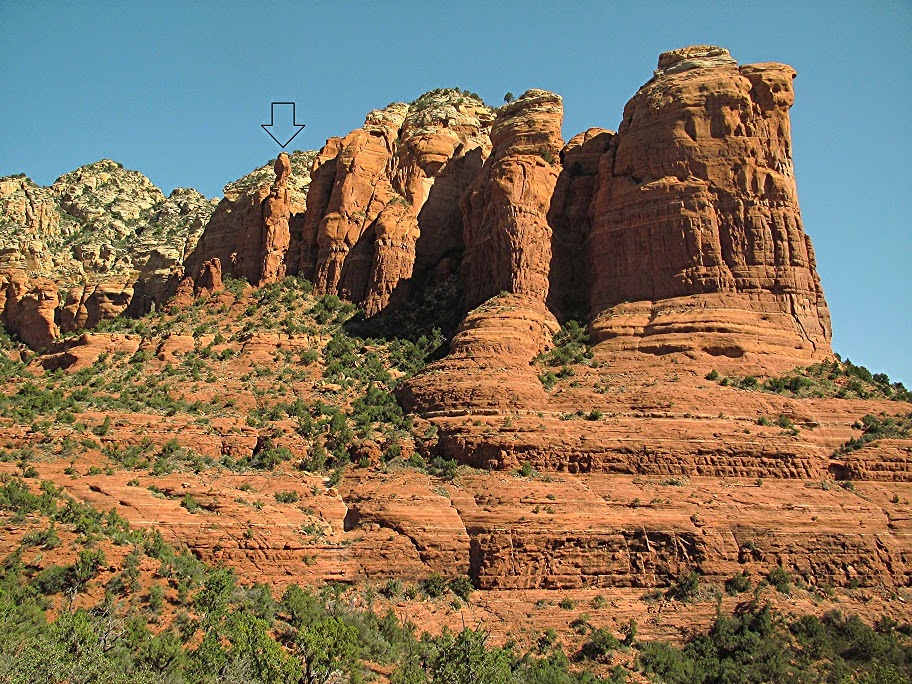 But here's the funny part.  Since the trail is called the Teacup Trail, where's the teacup?  Well, according to a local who happened to be there, the teacup is where I've placed an arrow.  Here's a closeup. 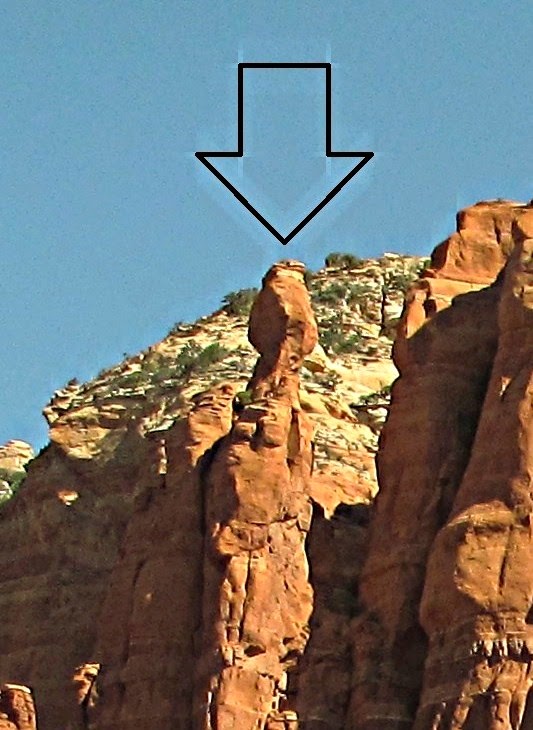 Now does that look anything like a teacup?  Is this guy pulling our collective legs?  Ron said he could see a wine glass, but no teacup.

We turned around at this spot, mostly because we didn't want to climb back up that hill.  On our way back, we took one more look at the teacup to see if it looked better from a different direction. 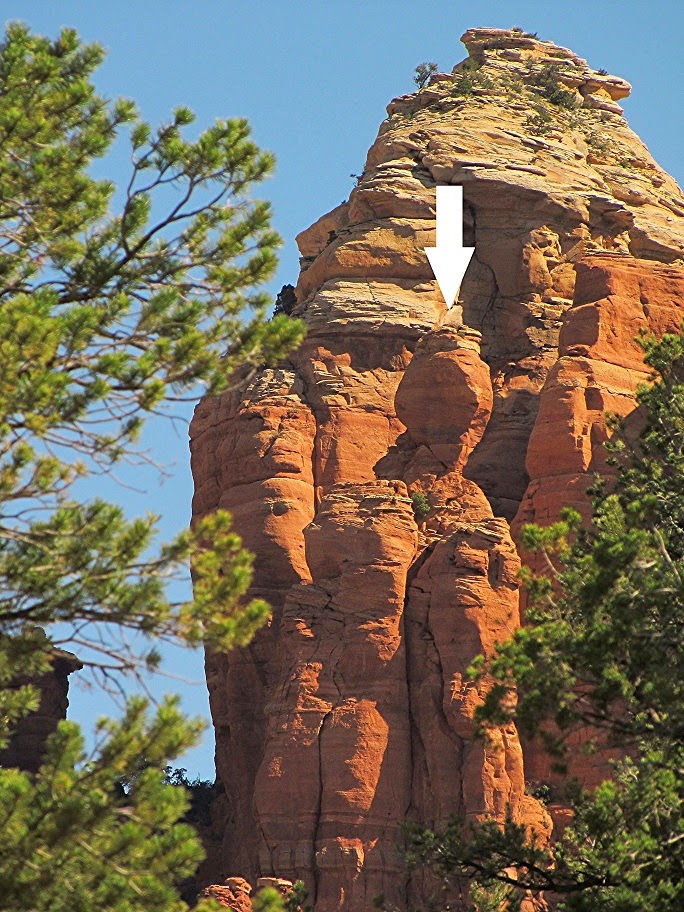 But Chimney Rock - now that one makes sense. 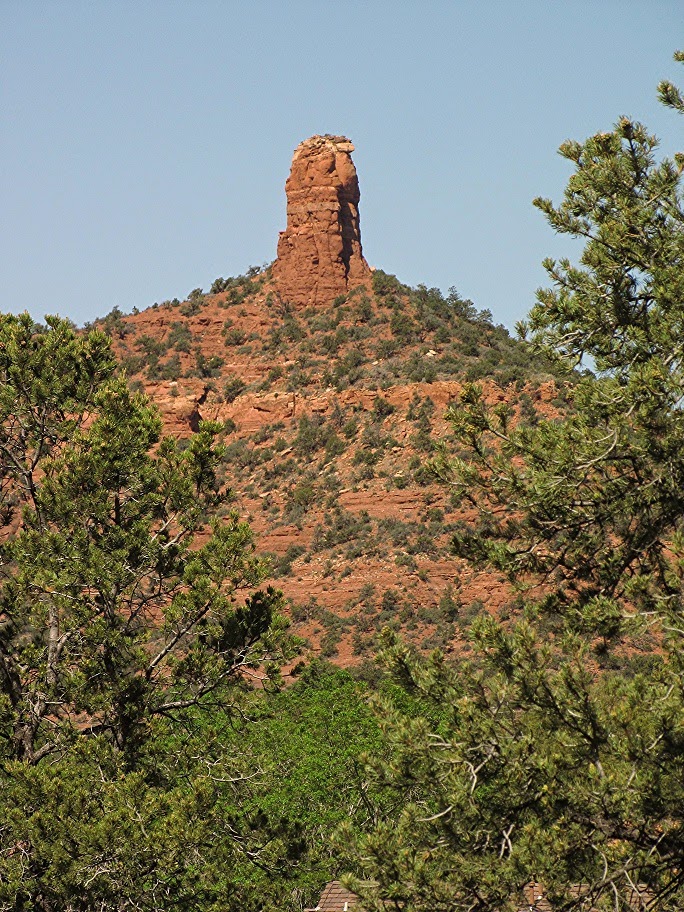 I highly recommend this trail.  You can turn around like we did for a short 1.2 mile hike or continue another mile down into the valley and return.  We talked to some returning hikers who even connected with the Solder Pass Trail at the end of Teacup.  Or, if you have multiple vehicles, you could leave a car at the lower end of the trail.  It has something for everyone.
Posted by Barbara and Ron at 10:16 PM