From Salida, we made a 143 mile jump to Denver area with only one overnight stop on the way.  Whew! We took US 285 through the area of Colorado known as South Park (not the same as the cartoon.)  It includes about 1000 square miles of high altitude grassland, surrounded by the Rocky Mountains.  Traveling through it in the spring, it looks like a dream park. 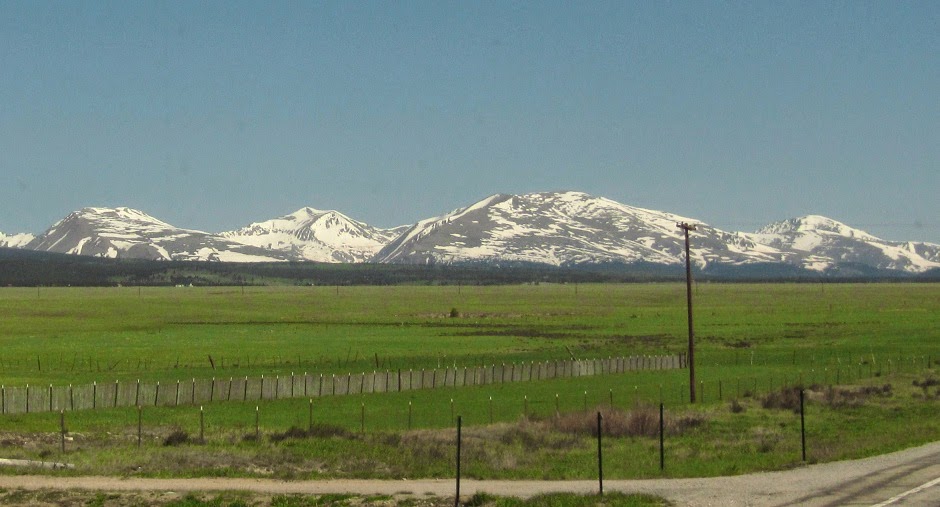 We will spend about a week visiting with Ron's two daughters and their families.  Of course little Harper is the star - I'm sorry to admit that, but it's just the way it is.

Harper was pretty excited to see 'Grandpa's big bus.'  He's such a boy - all he wanted to do was drive it. 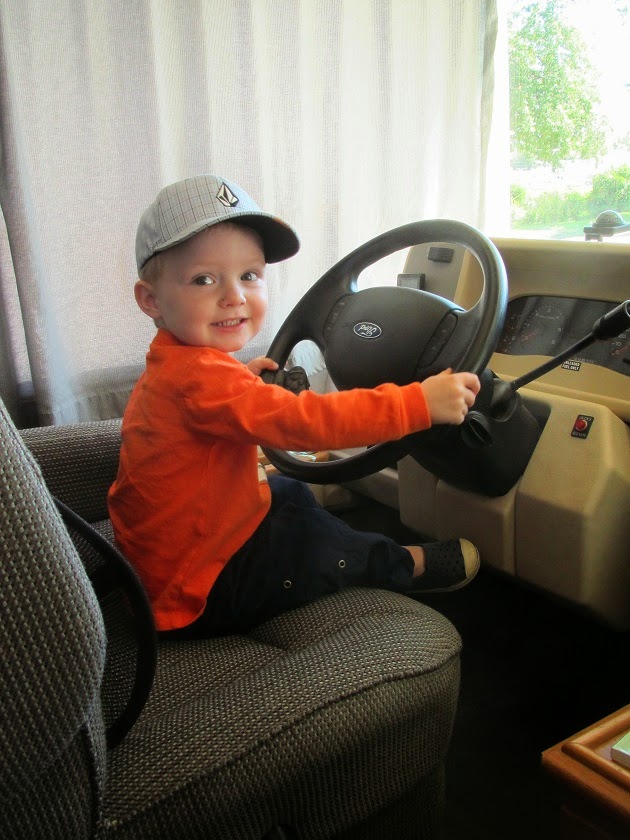 And (pretend to) talk on the CB. 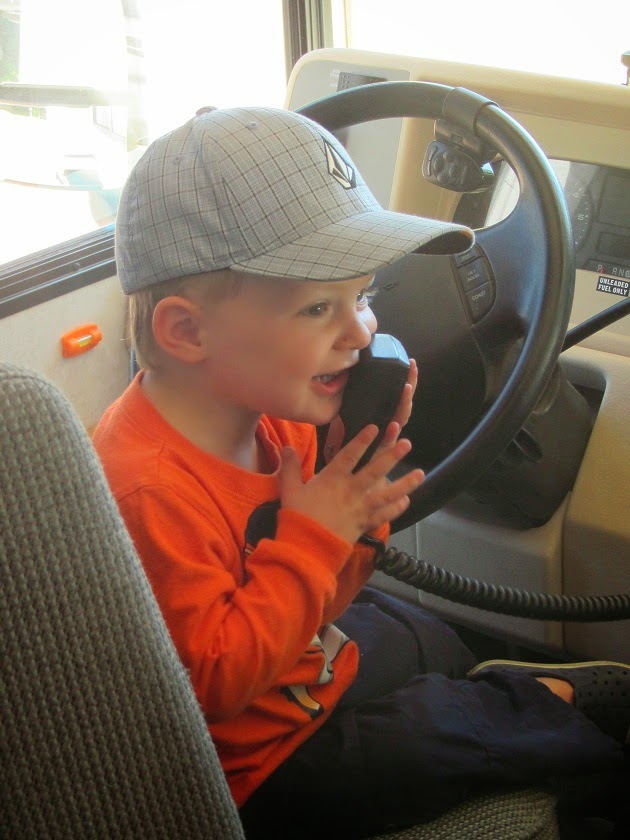 One day he and his mother joined us for a trip to Tiny Town close to Morrison.  This fascinating place opened to the public in 1921, although it was pretty much destroyed in a flood in 1969 and remained closed for years after that.  But it's open now with over 100 1/6th scale buildings and a miniature train.

They are justifiable proud of their new steam engine.  Harper really liked watching it and waving to all the passengers, but he declined a ride. 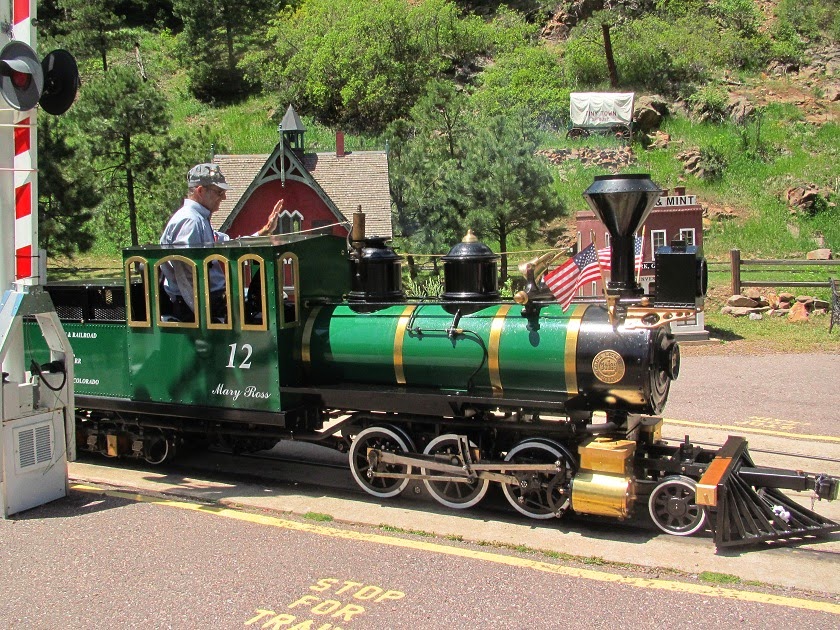 He would have loved to get closer to this 'Thomas' box car. 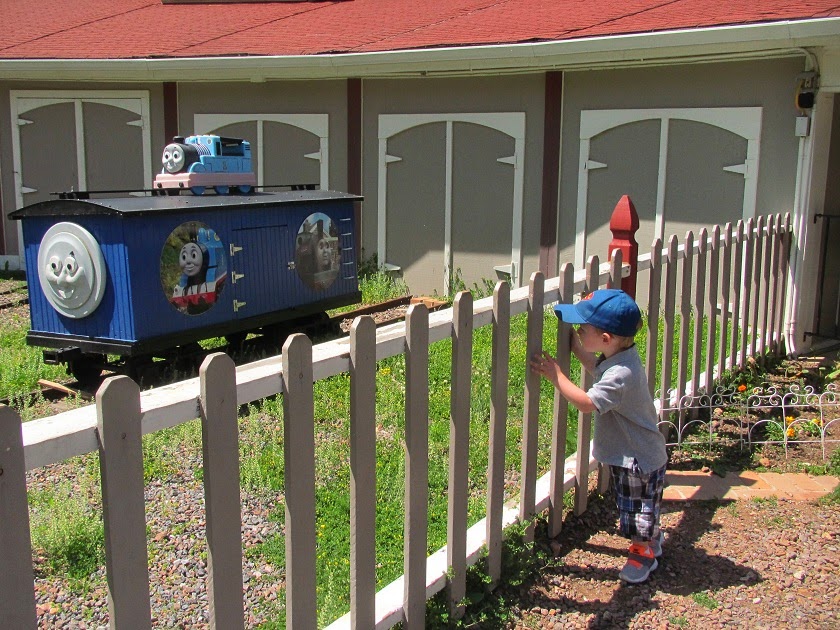 Tiny Town is a place for little ones just his size and they can explore all the kid-sized buildings. 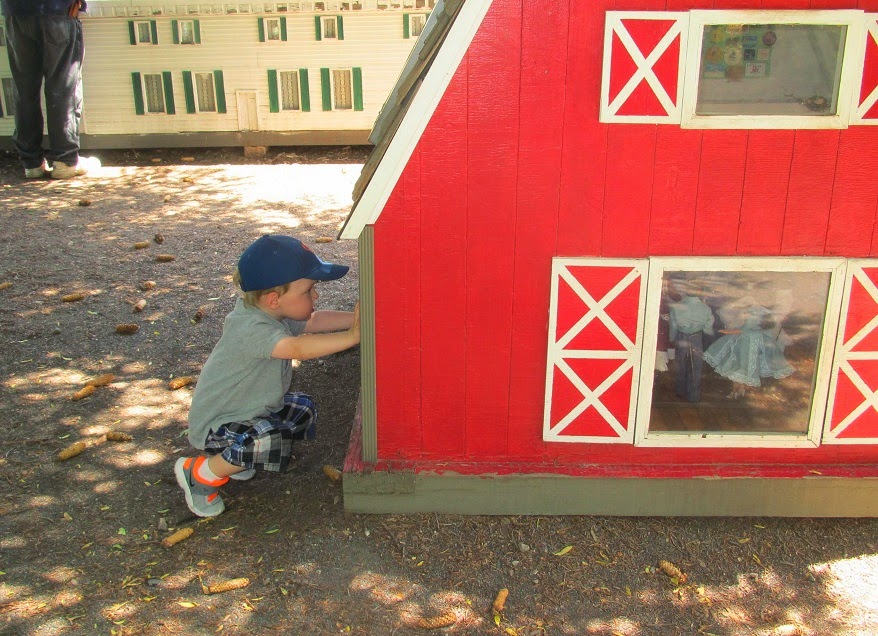 Some are open to further exploration. 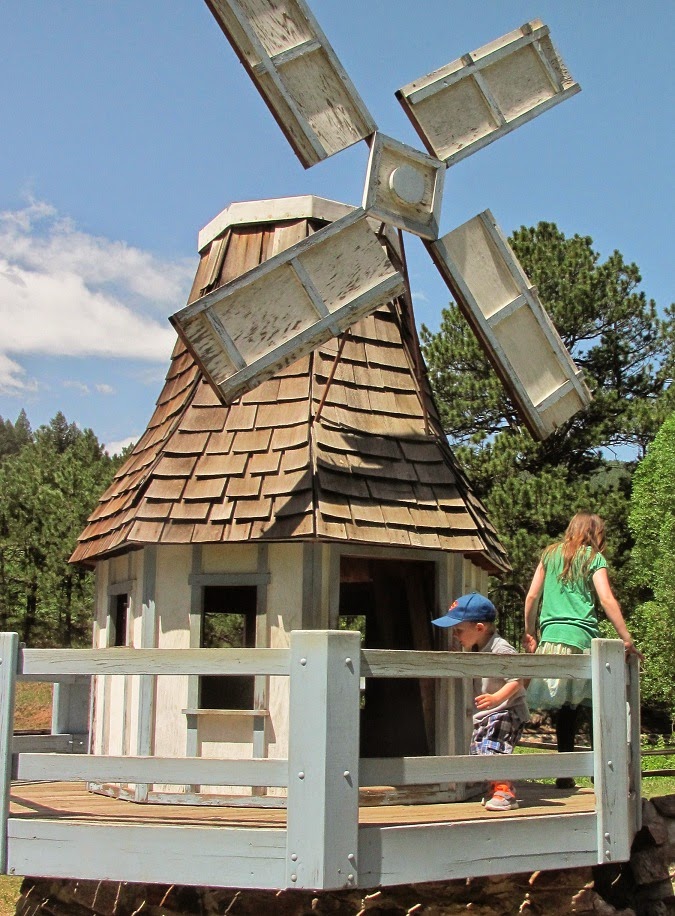 See Harper looking out the window? 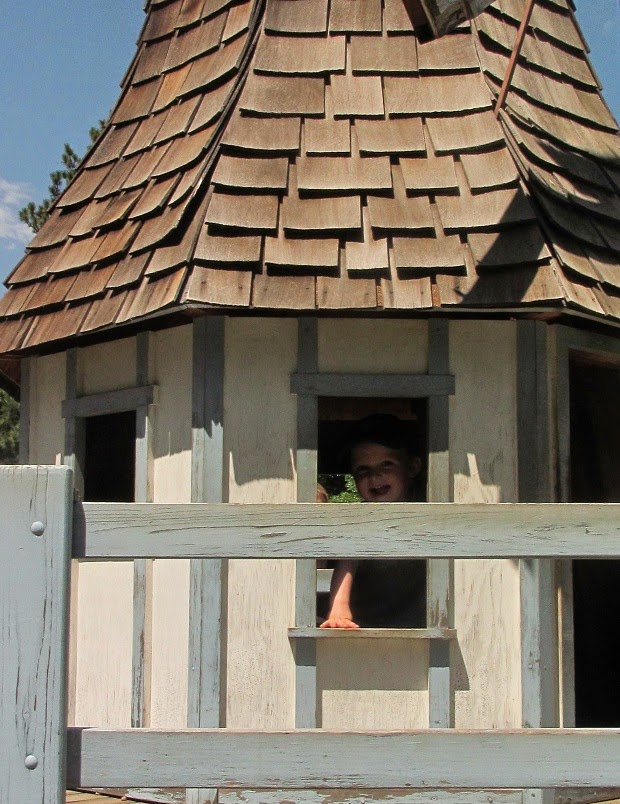 Ooops, Harper, I think the entrance is around back. 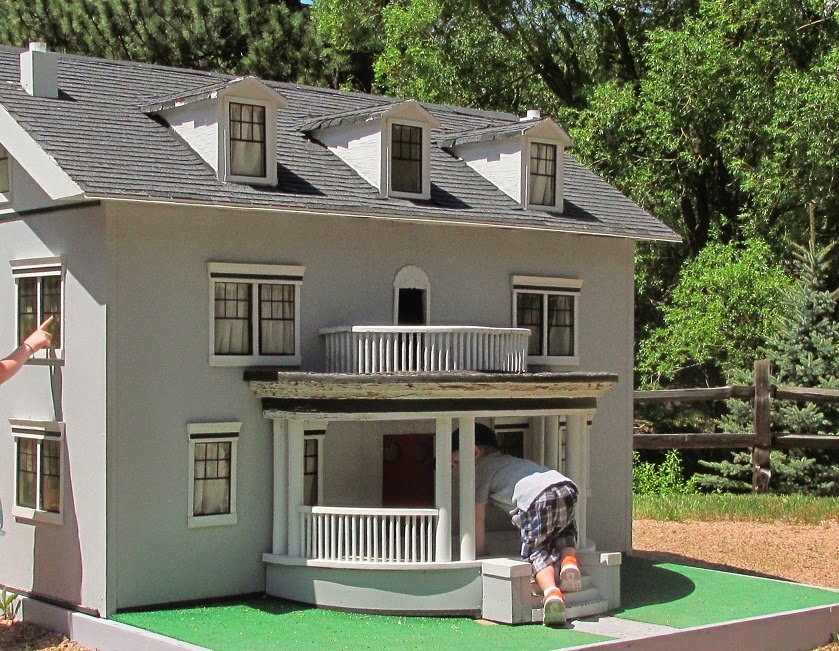 All he needs is a rocking chair for sitting on the porch. 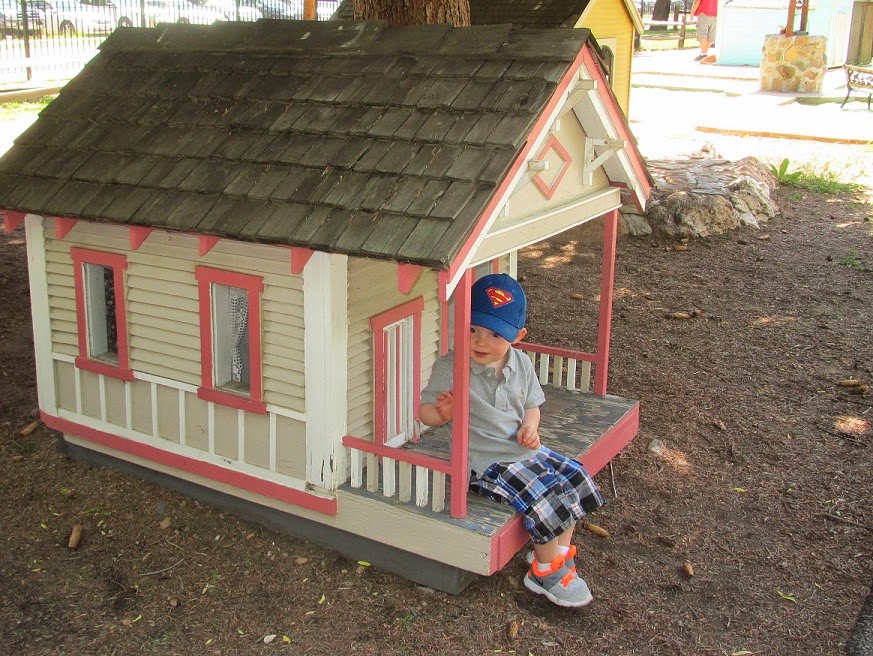 The gas station had cars inside that he wanted so badly to play with. 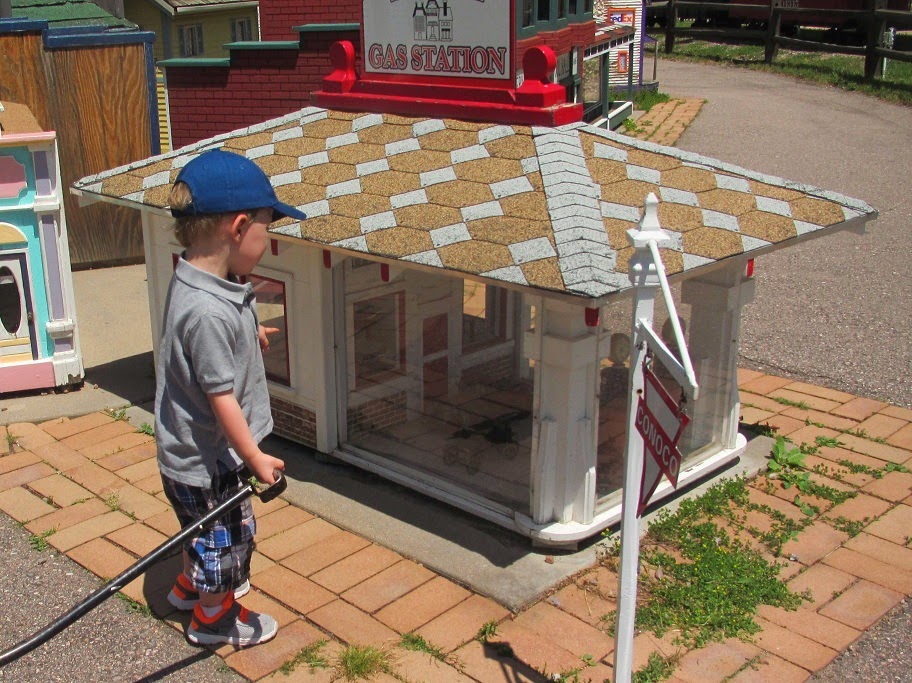 I think Harper had almost as much fun as I did.

Finally, I have to share this 4 second video that Ron's three grandchildren sent me for Mother's Day.  Adam and Shannon have both magically changed into young adults while I wasn't looking.


Ron and I are making a side trip and will be out of touch for about 12 days.  I'll write all about it when we return.