Months ago, Ron decided that this was the year I would finally go to Alaska.  (He had already been, twice actually, BB - Before Barbara.)   He elected to tag along.  :-D  Next was the discussion, okay, many discussions, about how we would accomplish this.  Do we take the RV, fly and rent an RV, fly and rent a car, or take a cruise?  After tossing it around for awhile, we decided to combine a cruise and some touring.  Luckily NCL (Norwegian Cruise Lines) had what we were looking for -  a seven-day cruise from Vancouver, BC, combined with a four-day land tour to Denali.  We decided to do the tour first, then take the cruise south.  I thought this had a couple of advantages, and it did, but also one disadvantage which I will whine about in a subsequent post.

We planned to fly out of Denver and timed our RV travels accordingly.  Then we had to find someplace to leave the RV for 11 days, hopefully not too far from the airport.  The Northglenn Elks was willing to let us leave it there and, although it's not really convenient to the airport, it was the closest we could find.

We were up way before the crack of dawn preparing for Super Shuttle to pick us up.  We had a few anxious moments when they were 15 minutes late, wondering if my special instructions that we were in the Elks lodge parking lot had gotten passed along.  But we were still really early for our flight.

We had a layover in Seattle, then it was off to Anchorage, Alaska, flying right up the coast of Canada with amazing views of snow-capped mountains through the clouds. 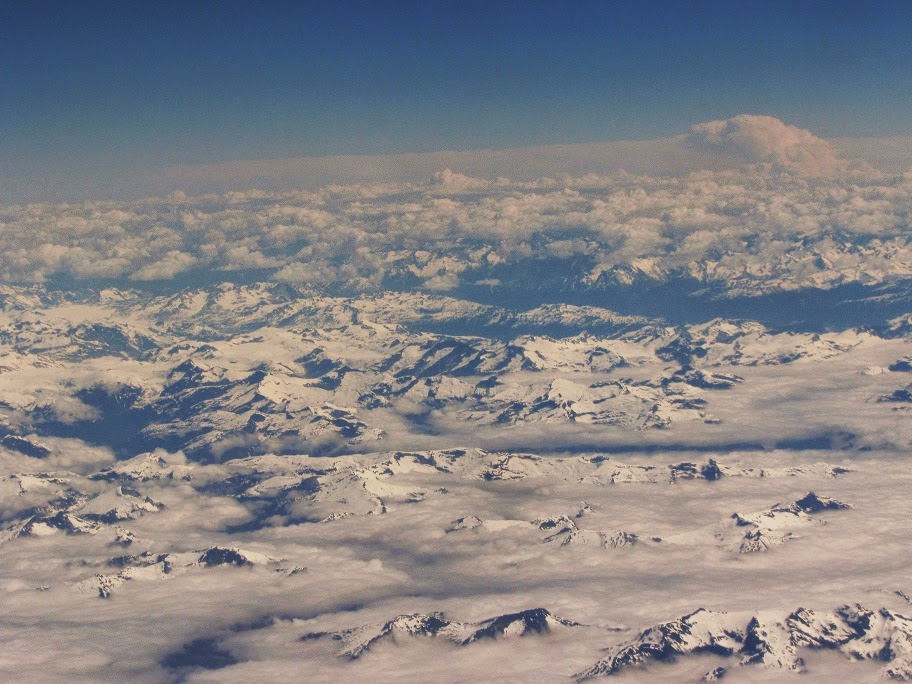 NCL picked us up at the airport and shuttled us to the Millennium Hotel.  It's funny, I had read nasty comments online about this hotel, but we thought it was fine.  The only drawback was the distance from the lobby to our room, but we were only there one night.

In the lobby, we met with Michael, who would be our tour guide for the land portion of our adventure.  He patiently explained all we needed to know, right under the watchful eyes of some of the local wildlife. 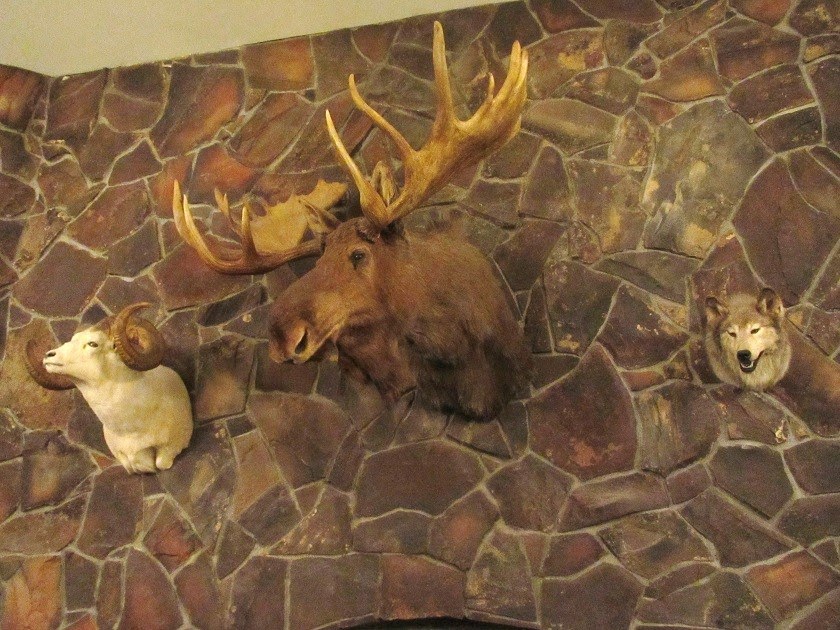 At first, we were surprised to hear that no meals are included in the land tour (I must have missed that in the itinerary,) but soon realized that would add on to the cost and Ron and I can eat really cheaply.  And with the cruise coming up, we'll eat plenty then.

We explored some and watched the seaplanes take off from the lake behind the hotel. 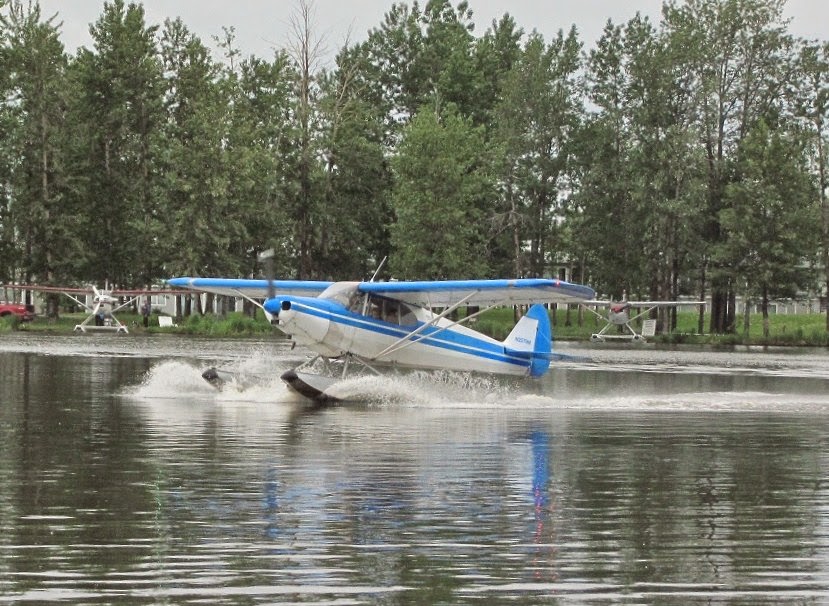 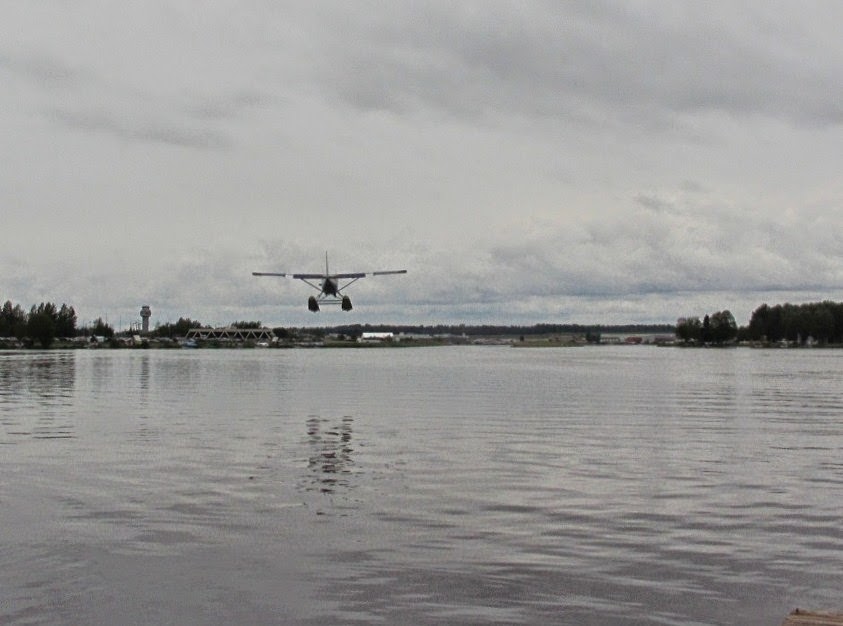 There were planes docked all around the lake.  I believe some belonged to local residents, but they also offered 'transient aircraft parking'.  The first 72 hours were free and it was $10 a day after that.  I thought that was very reasonable. 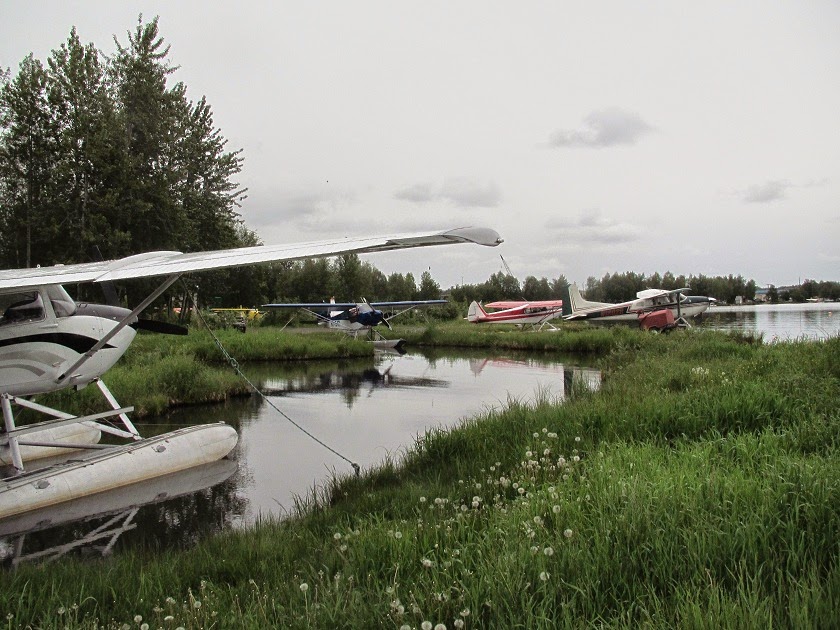 We asked some locals where to eat and they recommended Gwennie's. Ron and I split a meal of fried halibut - very good and plenty of food for us.  (Don't worry, I'm not going to tell you every meal we ate.)

Our trip began only about a week before the summer solstice and wondered about how we would sleep with constant light.  No worries, the hotel had good light-blocking curtains.  I happened to wake up at 1 AM and snapped this picture out the window.  Since we were hundreds of miles south of the arctic circle, the sun was down, but the sky was still light.  Way cool. 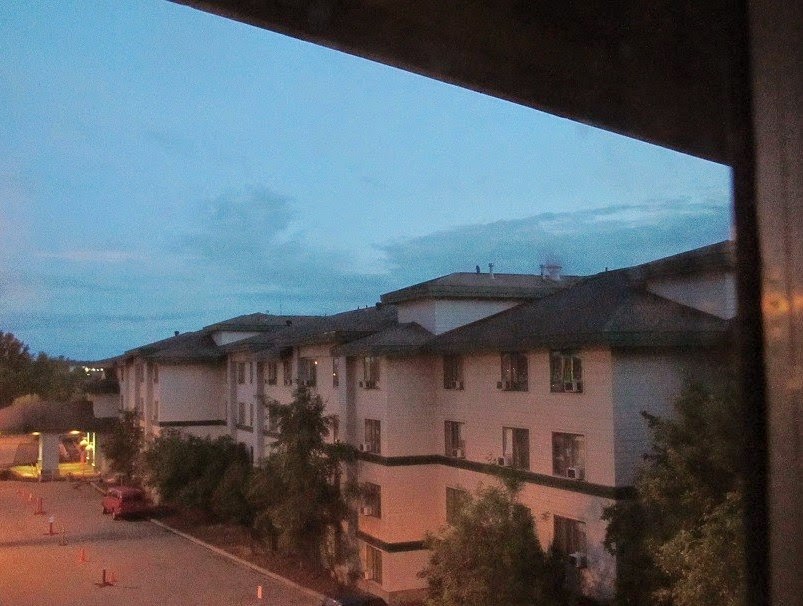