Just about a week ago, Diana and I left on a sisters' trip to the island of Kauai in Hawaii.  In years past, we took a lot of trips together, but this is the first in about 15 years.  We had a blast seeing all that this beautiful island has to offer.

We left bright and early on a flight out of Phoenix which flew directly to Honolulu. 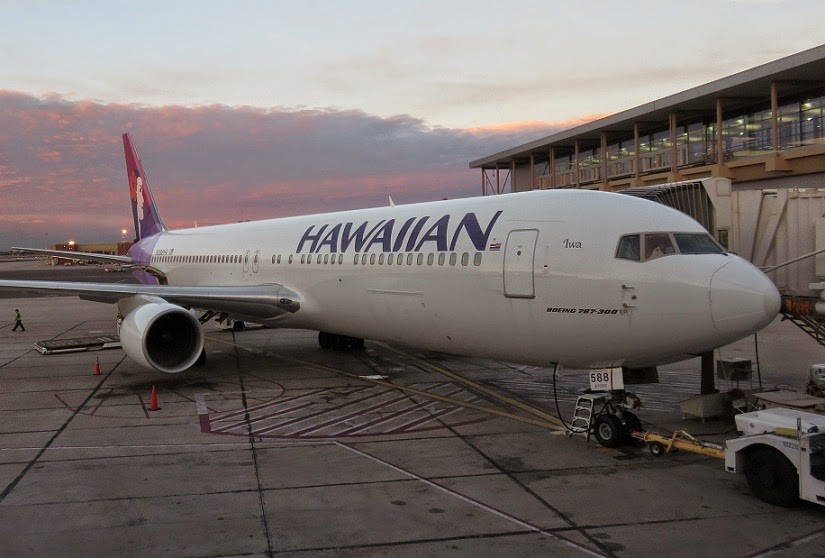 After a much shorter flight, we landed in Lihue, rented a car, and drove a few miles north to the Kauai Coast Resort at the Beachboy.  Our home for the week was on the second floor, behind that small tree. 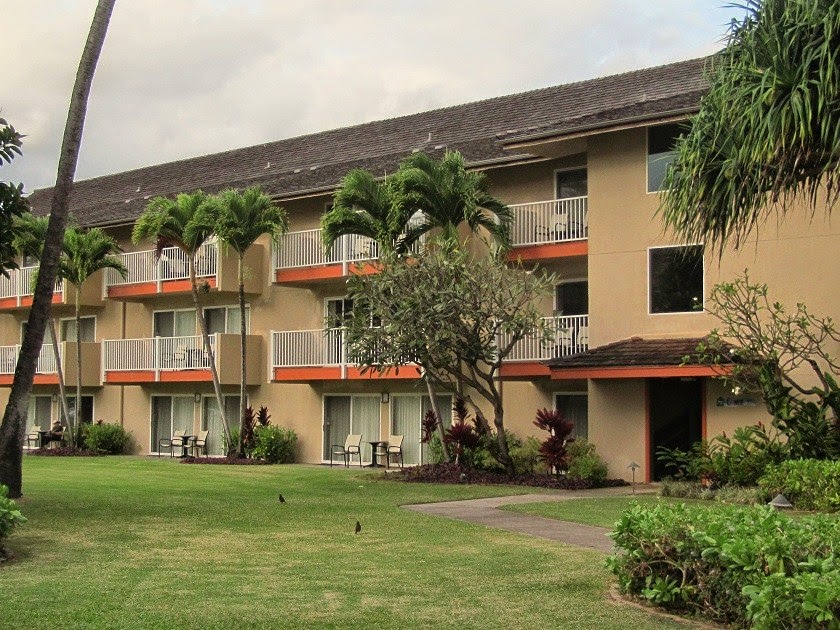 We were greeted by the Kauai island chicken ambassador. 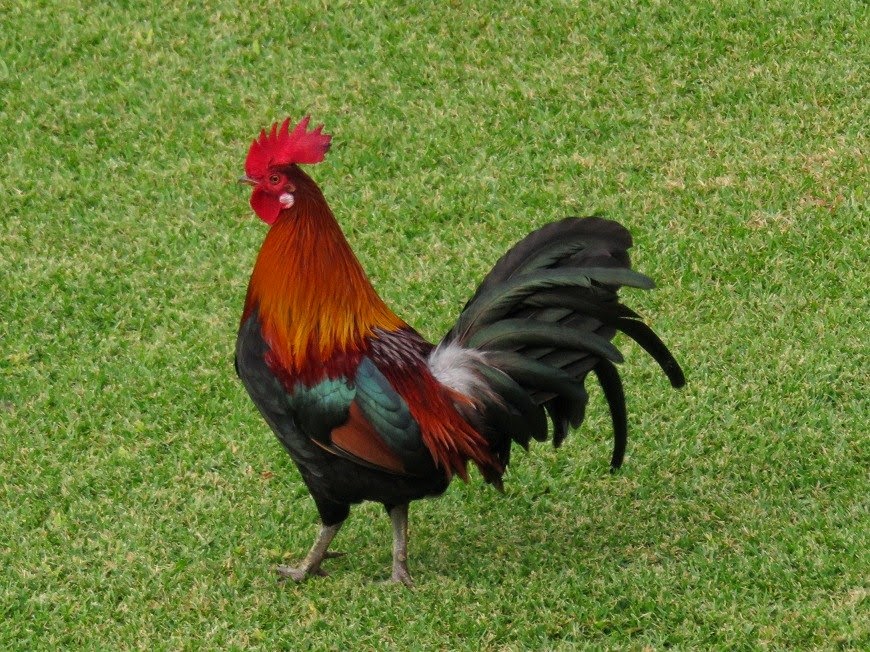 The pool was a real work of art. 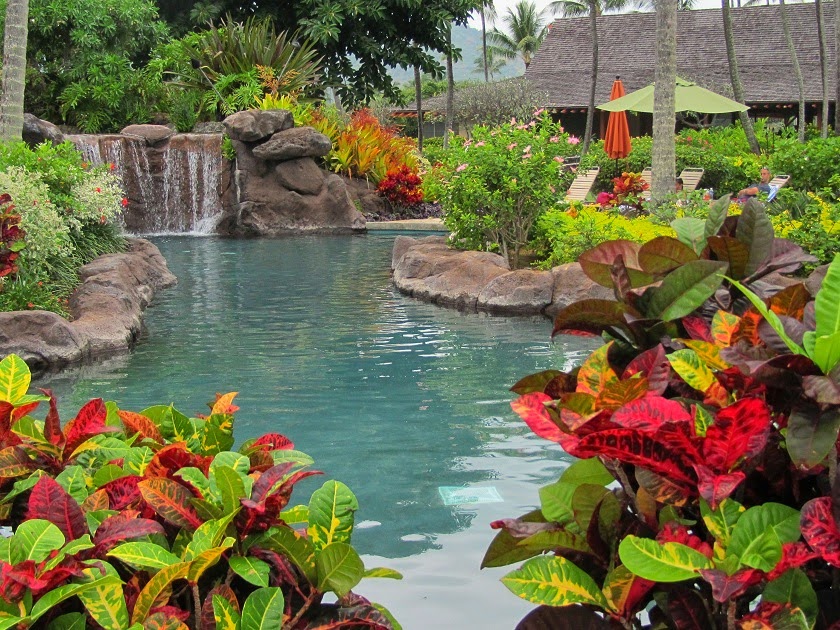 And the beach was scenic, but not the best for swimming. 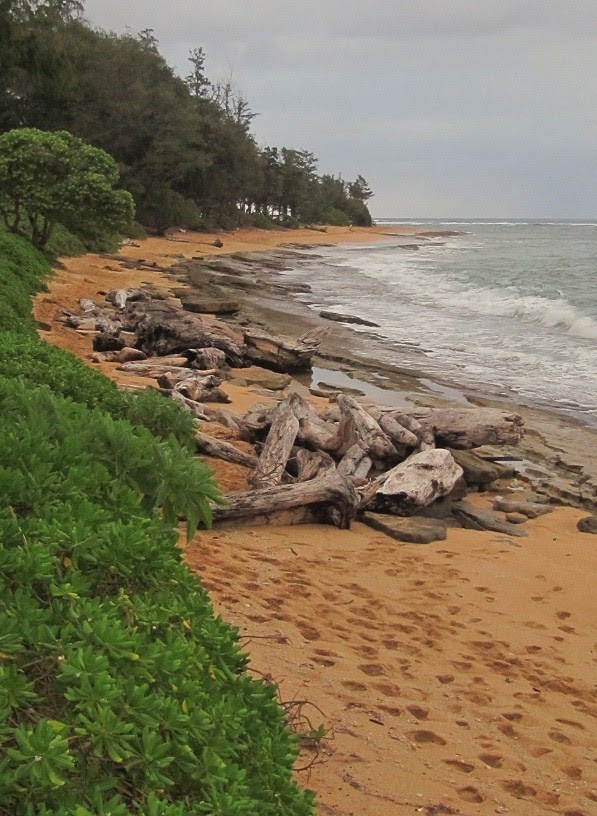 We admired this local bird.  I have since googled it and found that it is called a Red-crested cardinal (Paroaria coronata).  Despite its common name, it is a tanager and not a true cardinal and also not a native bird.  It's still pretty, though. 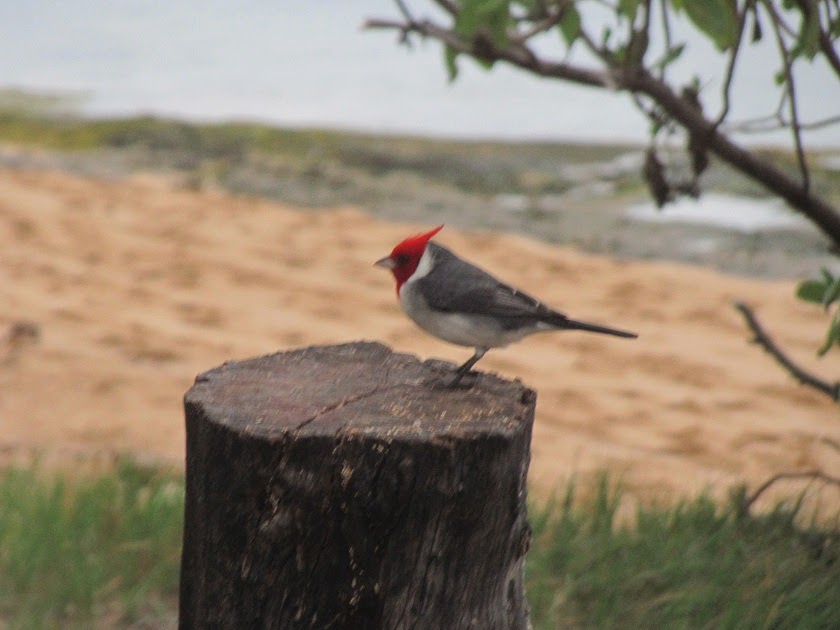 After settling in, we enjoyed an ocean view from our balcony. 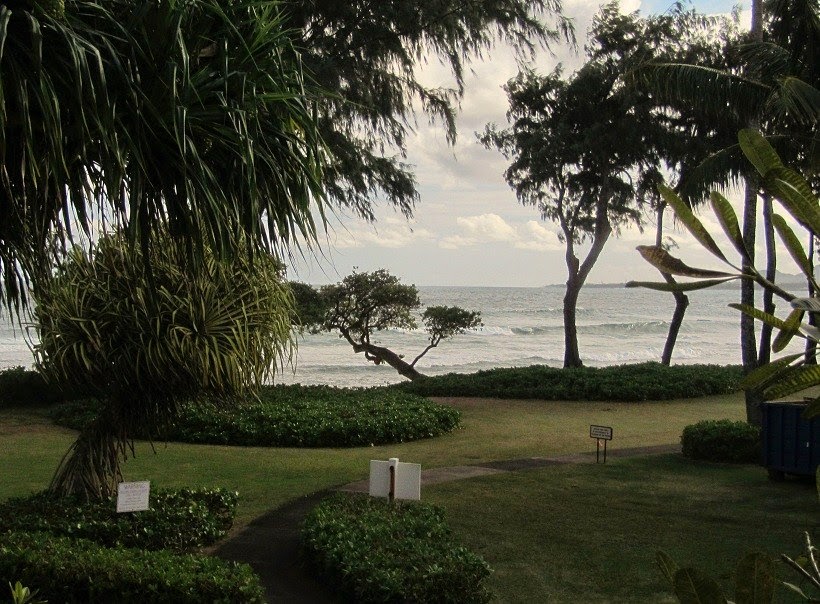 To give credit where credit is due, Diana gave me all her pictures, so some of them are hers on these posts.