So we're back in Denver visiting with Ron's immediate and extended family.  We arrived over a week ago and I'm finally up to date on the blog, although we're leaving here tomorrow.

We participated in lots of activities beginning with Ron's grandson Adam's big soccer tournament over the Memorial Day weekend - five games in four days.  Adam is 14 now and he and his team are pretty impressive with their passing.   Here's Adam in the white. 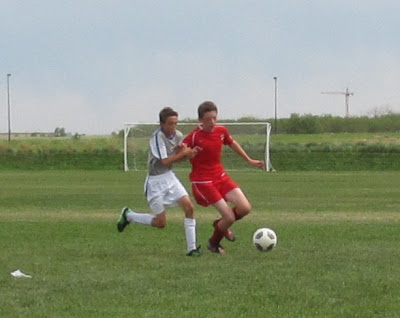 They have a little more trouble with the scoring end, but made it through all the playoffs before losing the final game.  It was really hard on them as you can see by the expressions, even with all the parents telling them to smile.  I think that Adam, fourth from the left in the front row, was going for the biggest scowl. 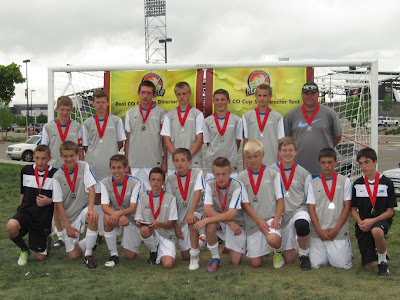 We also attended Adam's Continuation.  He finished 8th grade and is beginning high school in the fall.  In my day this was a graduation, but maybe they don't want the kids to think they're done or something. 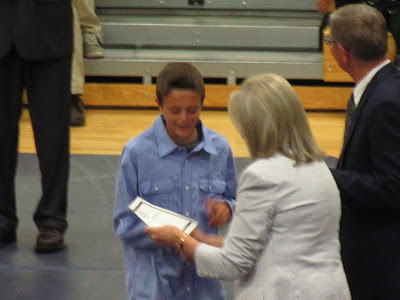 We also saw little Harper who flew in with his parents from San Diego.  Suddenly, at 16 months, he looks like a little boy instead of a baby or toddler. 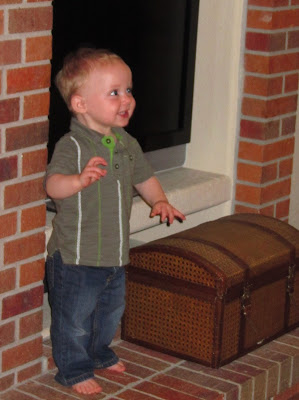 And acts like one too.  Just look at him pushing his cousin Shannon around. 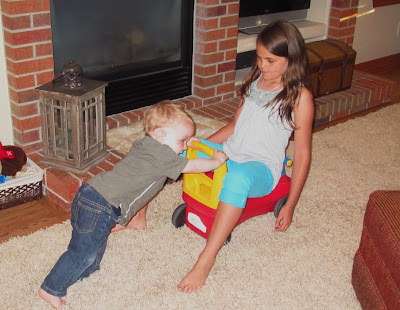 He loves his Grandpa and can even say, "Grandpa." 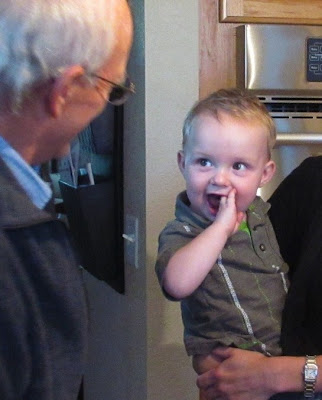 We were all here for the wedding of the first of the many, many grand nieces and nephews.  Megan looked like a princess and married Ryne who just graduated from the Air Force Academy in Colorado Springs. 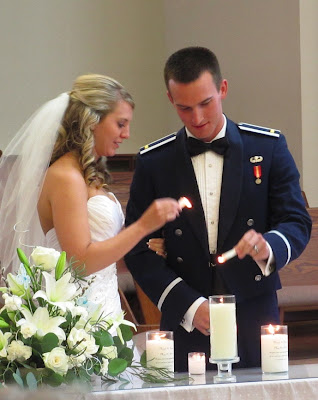 It was a beautiful ceremony and they exited down the aisle through a saber arch.  So, so cool! 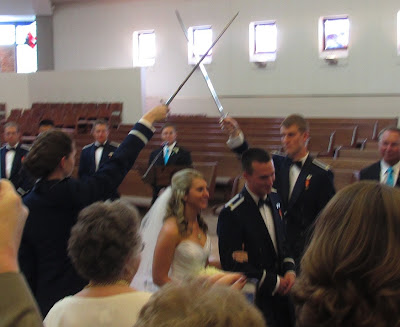 I took the opportunity to take family shots while everybody was all dressed up for the wedding.  Here are Ron's daughter Kim with husband Tom, Adam, and Shannon. 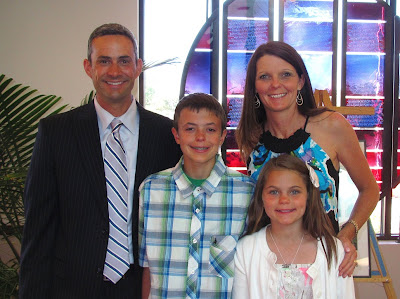 And daughter Kelli with husband Sean and Harper. 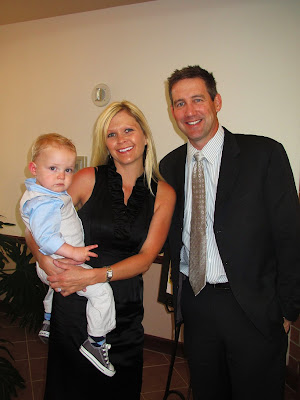 I think Harper was a bit overwhelmed with everybody making such a fuss over him.  Who ARE all these people?
Posted by Barbara and Ron at 8:34 PM