We decided to try another hike, this one only about 3 miles and, we thought, only 500 feet in elevation gain.  It begins at the Longs Peak trail head and, for the first ½ mile, it follows the same trail.  I guess we should have been worried.

But on the way to the trail head, we stopped for a photo op at St. Malo’s Retreat.  This interesting church is informally called Chapel on the Rock (officially, St. Catherine of Siena Chapel) and is quite a tourist attraction.  Even Pope John Paul II visited and blessed the church. 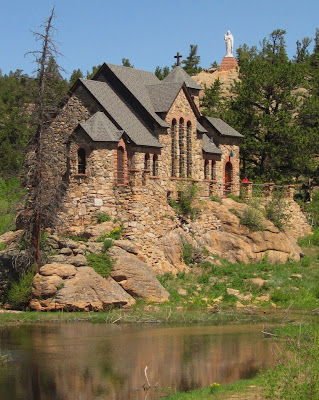 At the Longs Peak trail head, we spoke to two rangers who told us that most of the elevation gain was in the first ½ mile of our intended hike, then the trail alternately gained and lost elevation for the mile to Eugenia Mine.  Although it was steadily uphill for the first ½ mile, it wasn’t extremely steep. 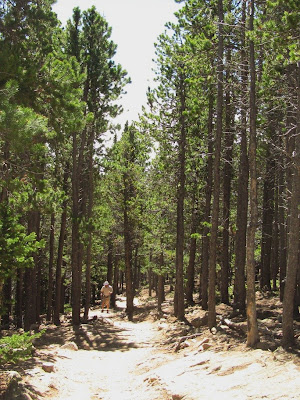 A friend once told me that a twisted trunk was the sign of a vortex.  Feel the power! 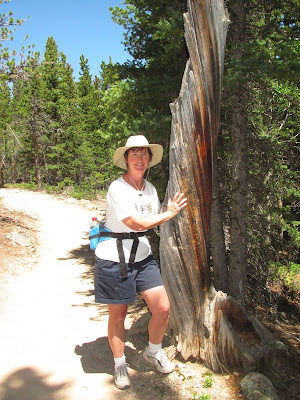 After quite a bit of rolling trail, we made it to Eugenia Mine where hopeful miners had searched for gold.  Still remaining are the ruins of a cabin, a boiler tank, the tailings pile, and collapsed mine tunnels.  I thought the sign was interesting. 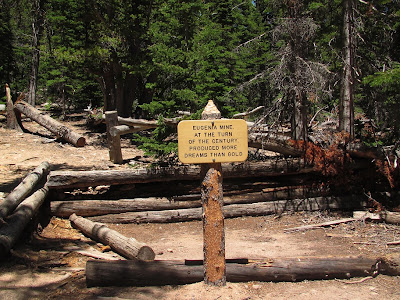 All of the hike was through the trees so I waited until I returned to the parking lot to take this shot of Estes Cone.  You would think it was volcanic, but the rangers didn’t think so. 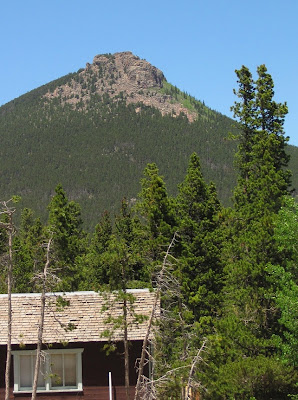 That evening, our friend the young buck was back right outside the rig.  I thought it was interesting to see how the young antlers grow.  They seem almost flat on the tip. And I can't resist posting some more wildflower pictures.  (Did you know it’s illegal to pick wildflowers in Colorado?)  I don’t know the name of these spikes.  Carol? 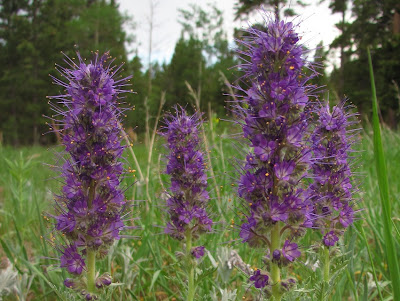 The pretty Columbine is the state flower.