The RVer's Mecca called us and we answered the summons. The last two weeks of January, tens of thousands of RVs take over the tiny town of Quartzsite, Arizona, parking on public land in the surrounding desert. This is a conservative estimate, some guess as high as a million. For three days, we prepared. Ron cleaned, caulked, and waxed the RV. It looks gorgeous until the first sand storm anyway. I shopped and planned two weeks of meals. Although years ago, I got over the feeling that I would never see another grocery store, the feeling is justified in Quartzsite.

After gassing up at Fry's (60 cents off on 35 gallons with my accumulated Fry's points), we were off and running at 10 o'clock. The trip through Phoenix was as harrowing as ever, but we rewarded ourselves with a stop at Cracker Barrel for brunch. Nobody does breakfast better.

And by late afternoon, our destination was in sight. 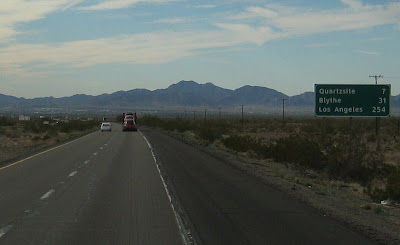 Because we're early for the main event, there was no problem finding a great spot to park. Soon the RVs will be bumper to bumper. 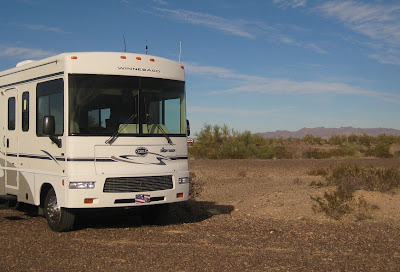 It wasn't long before Ron was back up on the roof. Uh-oh. 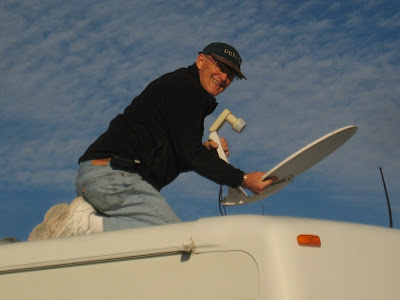 So, here's the scoop. After listening to me whine for years about how the TV cuts out every time the slightest breeze blows the satellite dish, Ron created a spring system to hold it steady. When he finished his invention, we tested it by cranking the dish up and down to make sure it worked smoothly.

Back to today, when I tried to tune in the satellite dish, I raised it, but was unable to rotate it to face south. How could we have both forgotten to test that? Hence, Ron back on the roof. Soon he had it working perfectly. Of course my solution was that we could just always park facing north. Then the dish would be facing the right way. Hey, what's wrong with that?

Here's to the end of a lovely day. 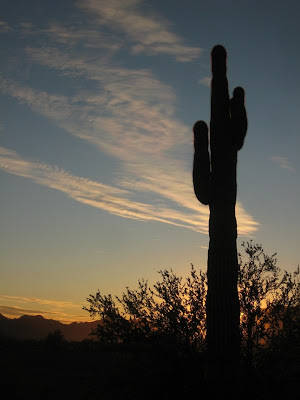