Cochise was the principal chief of the Chokonen band of the Chiricahua Apache and the leader of an uprising that began in 1861.   Cochise's favorite camp was in the rugged Dragoon Mountains where he and his warriors could hide among the rocks and elude the pursuing soldiers.  This is also where he died in 1874 and his memory is immortalized in Cochise Stronghold. 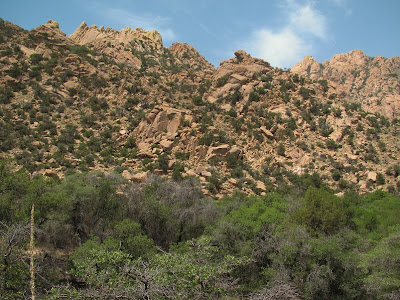 This place, as well as all of Cochise County, has also been made famous by one of my favorite authors, J.A. Jance who wrote a fictional series about Joanna Brady.  As sheriff of Cochise County, Joanna Brady solves crimes while also doing her best to function as wife, mother, and daughter.  In one of the books, a murder was committed at the Cochise Stronghold campground.  I find it funny how different the campground looks as compared to my mental picture of it.  I had imagined it as being barren and on a hill, while in reality, it is set in among the trees in the above picture and along the (often dry) river.

Ron and I took a short hike up to Cochise spring and it was immediately obvious why the river was dry. 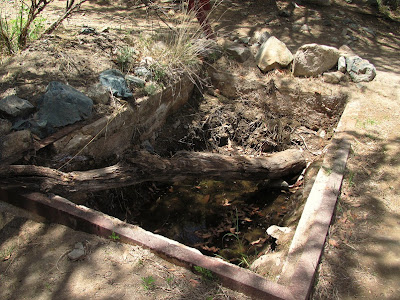 Hopefully the spring was much more productive 150 years ago (and before somebody boxed it in.)

Look at the gorgeous colors on this guy that we saw along the trail.. 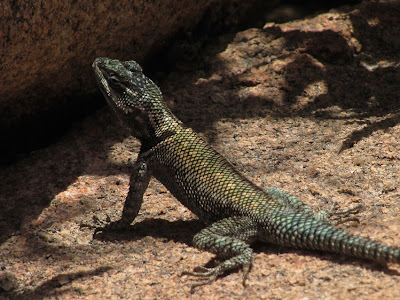