Leaving Trinadad, we took the scenic route, doubling a 40-mile trip to Walsenburg to 80 miles.  Colorado 12, known as the Highway of Legends, makes a loop through some fantastic scenery and was well worth the extra mileage.  Of course, I wasn't the one driving a 30' motorhome towing a car, but I think Ron agreed.

We obtained the booklet describing the route from the visitor center. 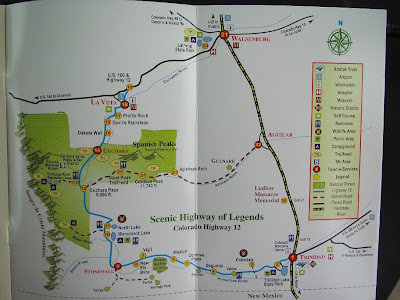 Heading west, we drove past Cokedale where the remains of 350 coke ovens are clearly visible.  No, no, not that kind of coke.  Coke is coal with the moisture, sulphur, and phosphorous removed. 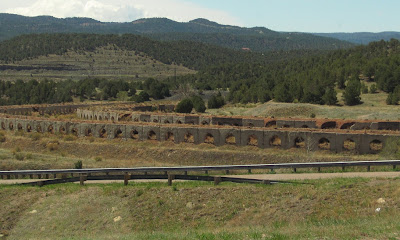 Disclaimer - most of these pictures were taken out the window of the moving RV.

Then we spotted the 'House on a Bridge'.  That's really being close to your water source. 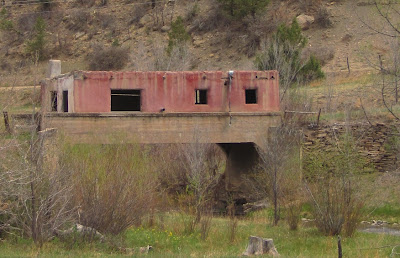 Up the road we passed the New Elk Mine where the coal was washed and prepared for shipping.  The pipe crossing the road carried waste from the washed coal to a dumpsite.  The New Elk actually re-opened in 2010. 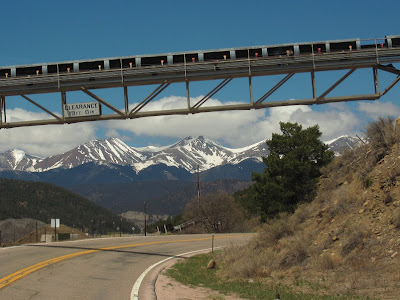 I thought the Sangre de Cristo Mountains were just so perfect with their partial snow cover.  I couldn't stop snapping pictures. The rock wall rising 250 feet above Stonewall is part of the Dakota Sandstone Formation. 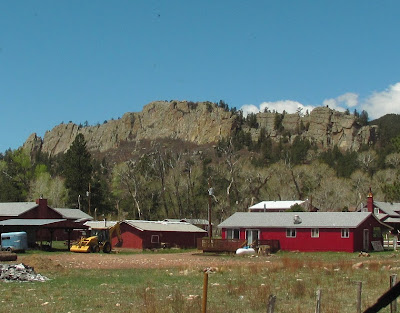 In this close-up of the wall, you can see how thin it is. 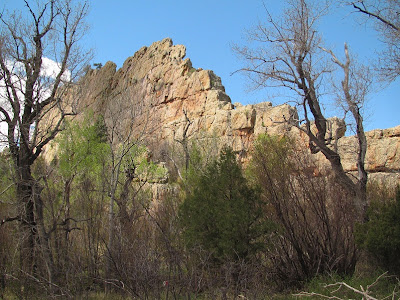 Good to see it does have support on the other side. 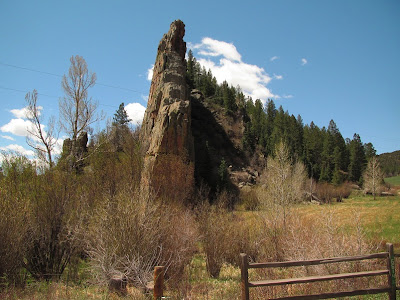 At Stonewall, the road turn north and we started up to Cucharas Pass.  On the way, we passed pretty Monument Lake. 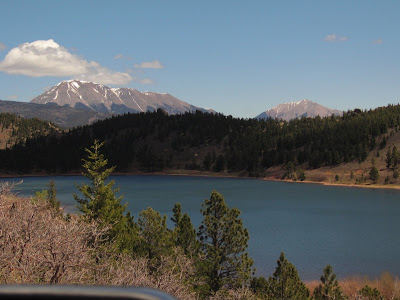 And North Lake.  It looks like there's plenty of water in these lakes. 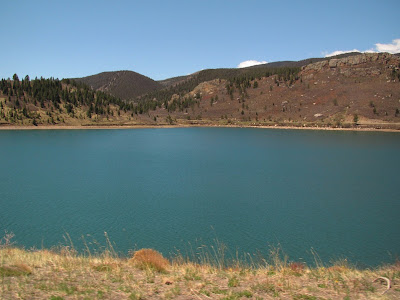 By the time we reached the pass at almost 10,000, we were ready for lunch (and the RV was probably ready for a rest.) 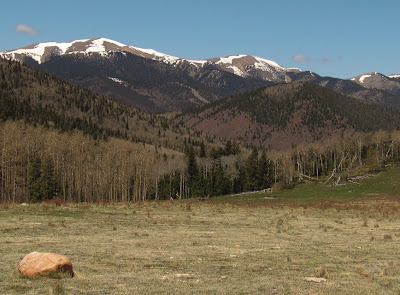 But it's all downhill from here. 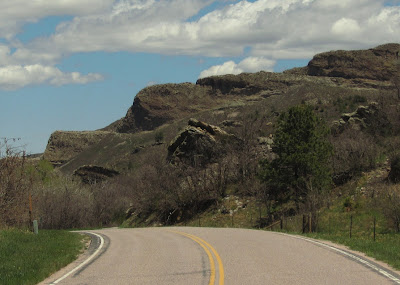 And Goemmer's Butte, a volcanic plug (a lava vent that never surfaced) 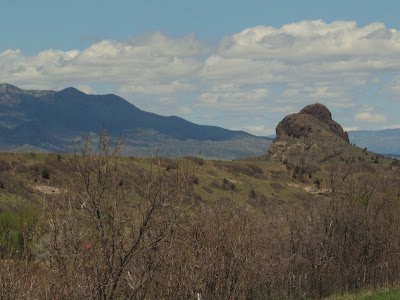 The next attraction in the book was Profile Rock which I thought I had missed until I looked harder at this picture I took of one of the many dykes. 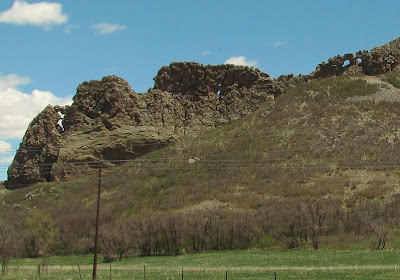 And there it was right in the center.  (I only know that's it because it matches the picture in the booklet.) 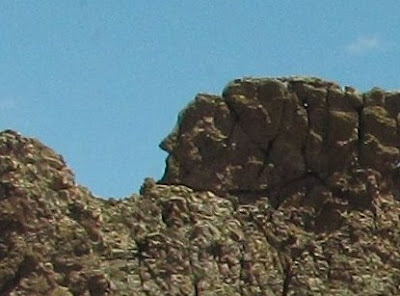 For the last ten miles into Walsenburg, the road joins with US 160 and has a good view of the Spanish Peaks rising from the plains.  The Spanish Peaks were designated a National Natural Landmark in 1976. 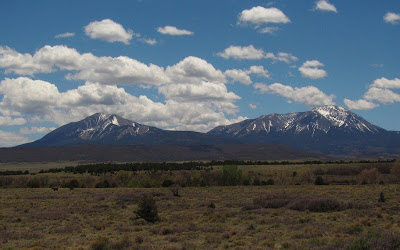 Before we drove this route, we were assured that it wasn't bad and that was true.   The elevation gain was gradual and there were no hairpin turns.  I highly recommend it.

P.S.  Ron claims I'm being a bit too positive.  He says there were some steep sections and places where the road narrowed.  I guess I didn't notice that riding along in my queenly passenger seat.