I don't know how many times I've driven I 25 in southern New Mexico and passed right by Elephant Butte Lake.  This time we decided to stop and spend a couple of days there in the state park.  New Mexico might have the least expensive state parks in the country.  If you want to spend a summer there, the state parks have an annual pass for $225 that allows unlimited camping (without hookups.)  But if you are just passing through, camping is $8 for primitive (find a spot in designated areas,) $10 for improved (flat, graveled spot with table and grill,) and $14 for hookups.  We were going to go for a primitive site at Elephant Butte Lake, but those were along the lake shore and the lady at the entrance said we could get stuck in the sand.  So we moved up to improved and got a nice one on a bluff.

Here's our view out the front window.  (It would be even prettier if the lake wasn't down.) 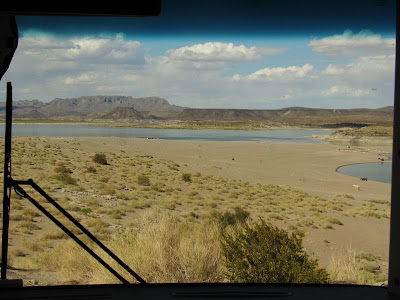 And out the side window. 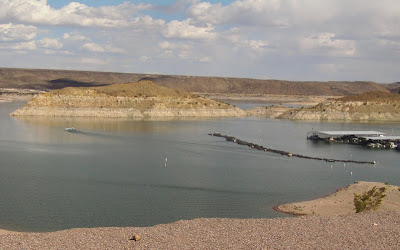 Elephant Butte Dam was completed in 1916, well before the better known dams, and at the time of completion was the largest irrigation reservoir.  It controls the water flow of the Rio Grande which begins in southwestern Colorado, flows south down the middle of New Mexico, and forms the famous border between Texas and Mexico. 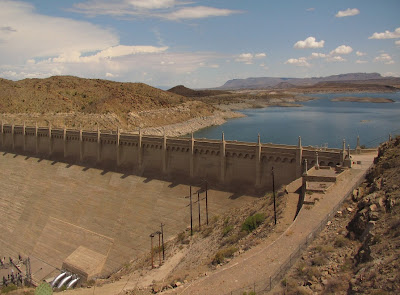 We took a walk along the river below the dam.  According to the signage, the summer flow is up to 20,000 gallons per second to supply irrigation water downstream.  With the water level as low as it is, I would think that would drain the lake pretty quickly.  But what do I know?  I do tend to be a skeptic.  I know the river wasn't flowing much the day we were there. 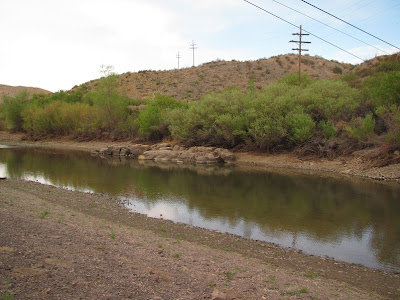 That's why I like flowers - they are what they are. 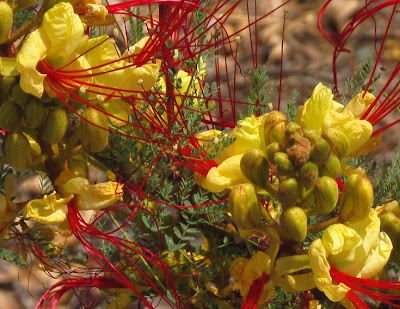 But I know what you are all wondering.  Why is the lake called Elephant Butte?  Here's the answer. 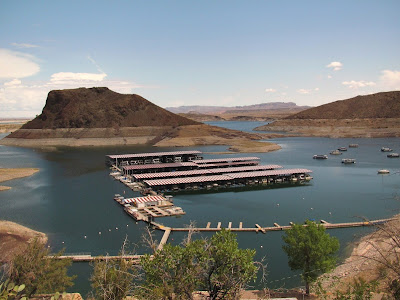 If you're like me and don't see it, let me help.  According to whoever named it, this volcanic core looks like an elephant head in profile.  His ear is to the left and trunk goes down towards the right. 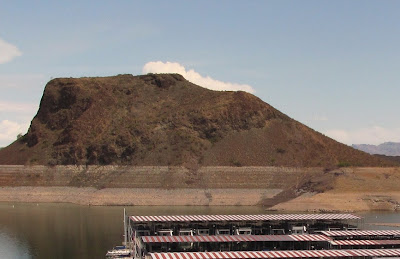 I think somebody has a heck of an imagination.
Posted by Barbara and Ron at 7:00 PM