Las Vegas, New Mexico.  We've driven by it on I 25, maybe stopped for gas or a bite to eat, but never spent any time there.  We decided to rectify that and stopped for a couple of nights at Storrie Lake State Park, just outside of town.  This might not have been the prettiest state park, but they did have plenty of room for the $8 'primitive' camping.  Las Vegas is located where the mountains meet the plains and has the wind to prove it.  Actually we have experienced wind throughout our trip through New Mexico.  I asked a campground host if the wind always blows like that and he replied, "Well, as my daddy used to say, no, sometimes it blows the other direction."

As are all the lakes we've seen, Storrie Lake is low.  (Those are pelicans clustered in the lower left.) 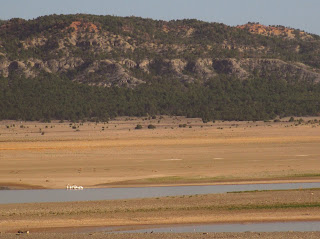 In 1879, the railroad came through Las Vegas causing the town to become a major retail center.  The town grew and prospered.  Of course this didn't last, but with two colleges, Las Vegas seems to be holding its own and boasts 900 historic buildings. 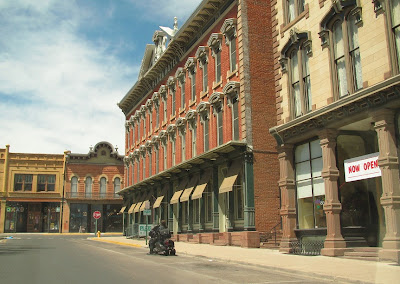 Even what looked to be a simple building, had fancy touches. 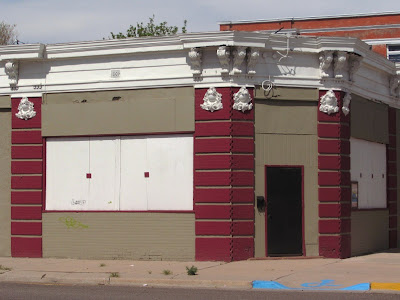 There were lots of lovely homes, but I hesitate to photograph people's houses.

The town has a history with Teddy Roosevelt.  The first reunion of his gang of Rough Riders met here in 1899.  (The Rough Riders are quite a story and served in the Spanish-American War.  They were mostly cowboys recruited from the southwest and crack shots.)

Mr. Roosevelt attended the reunion and stayed in this historic hotel.  This was just two years before he became the 26th President of the United States. 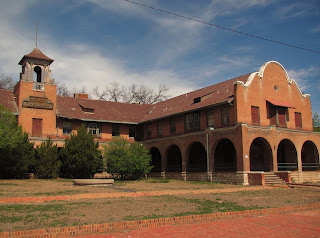 The Las Vegas museum has a whole room on the Rough Riders and additional information on President Roosevelt.  Did you know the teddy bear was named after him?  This is supposedly the original teddy bear. 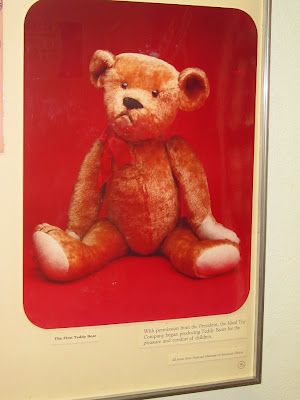 We took a ride west into the mountains to see where the road went.  We passed this interesting church. 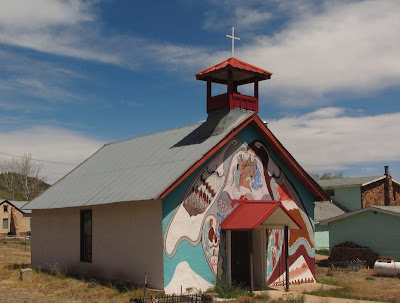 And this elaborate building which used to be a hot springs resort, but is now the United World College of the American West. 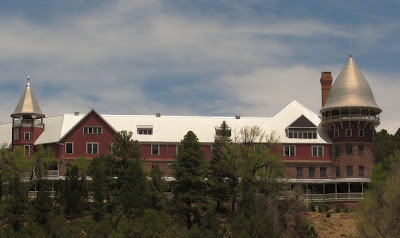 I was trying to reach these interesting bluffs which reminded me of Yosemite, but the road ran out. 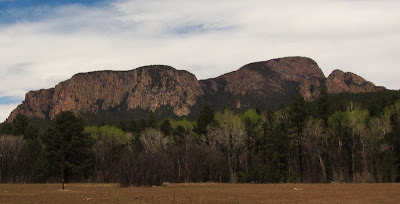