We've been wanting to spend some time in the Bitterroot Valley of western Montana for some time now.  We had gone through quickly many years ago and knew we wanted to return.  Our first couple of days were pretty wet, but I guess we can't always avoid the rain. We did take a ride up to pretty Painted Rocks Lake. 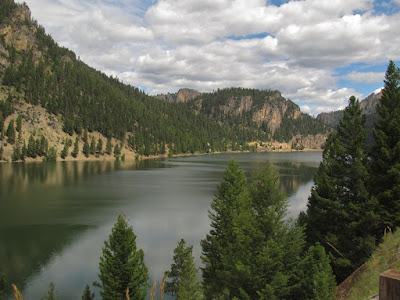 There are mountain sheep and goats in the area, but we didn't see any. 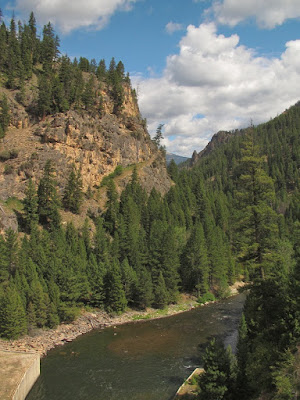 After the rainy days, we moved to Lake Como and stayed in a National Forest Campground with electric.  I think that's the only one I've ever seen, and the price was a bargain at $8 with the Golden Age pass.  There is a trail that goes all the way around the lake, but the 8 miles was too much for us.  So we decided to just take the trail along the north side.  It was a nice level trail, with the first part paved! 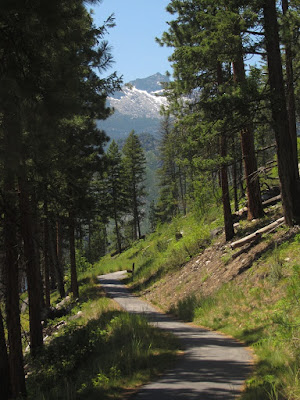 Plenty of nice views of the lake and surrounding mountains. 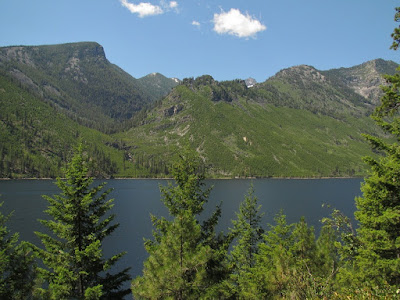 After about 2 1/2 miles, we turned around near the end of the lake. 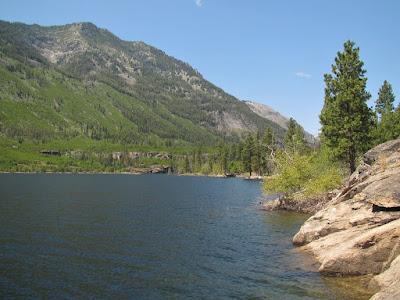 After reading about the 1.4 mile hike to Blodgett Canyon Overlook, we decided to try that the next day.  It was written up as 'an easy stroll to a breathtaking overlook.'  Instead it was a 500 foot climb, mostly in the first 1/2 mile.  Certainly doable, but not a stroll.  One of the hikers we spoke to said she thought people from Montana called everything an easy stroll.

During the many switchbacks, we caught some mountain views. 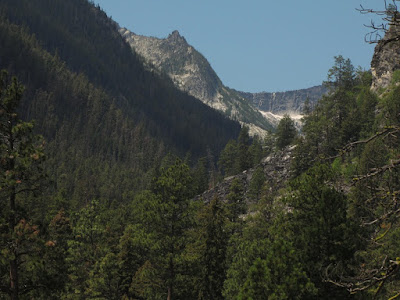 And looked out over the valley below. 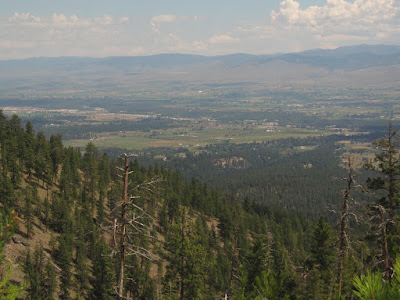 But the description was spot on about the breathtaking view at the end.  It reminded me of Yosemite Valley. 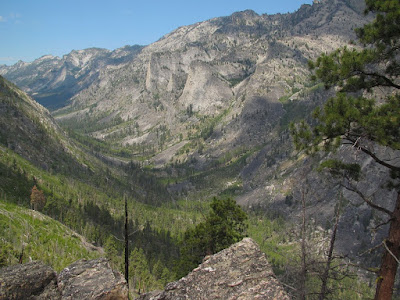