We spent 10 days enjoying Sawtooth NRA, most of that time without internet or phone.  How did RVers manage before those things were available?   Actually, in my parents’ case, we just didn’t hear from them for months.  Funny how we just accepted that.

We moved several times, but our favorite spot was about 12 miles south of Stanley off 4th of July Creek Road.  Coincidentally, that was where we spent the holiday weekend.  Stanley is a tiny town with about 100 residents and has a tiny and expensive grocery store.  I asked the clerk how they survived and she told me about jet.com.  Of course, I asked if they just parachute your order to you and she laughed.

Does the view make up for the inconvenience of living there?  I think I’d rather just visit. 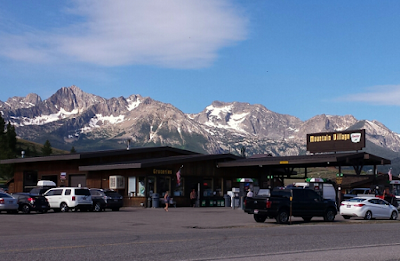 The restaurant maître d’ wasn’t the most welcoming. 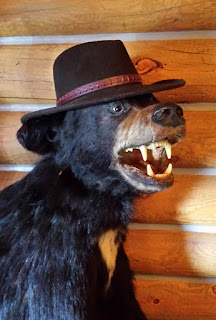 Besides having almost unlimited dispersed camping, Sawtooth NRA also has the prettiest RV dump stations.  First is the one outside of Ketchum just at the south end where we entered the recreation area. 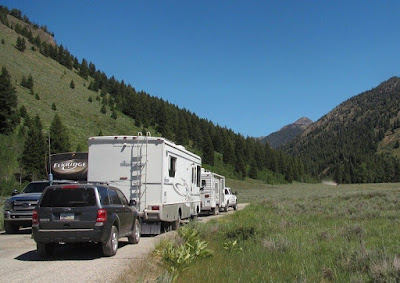 Several days later, we stopped at the one right in the middle of the valley. 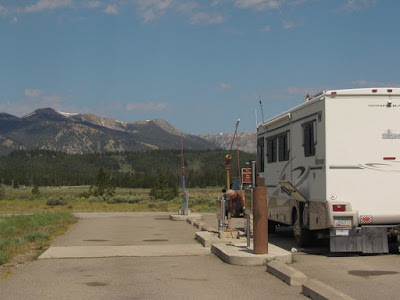 And finally, the one just south of Stanley. 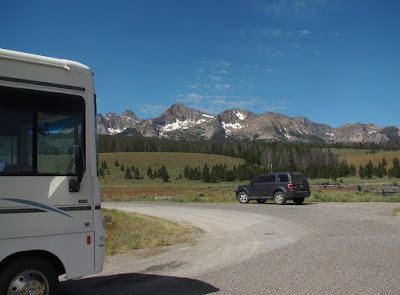 It was pretty warm while we were there, so imagine our surprise when we were pelted with pea-sized hail.  Of course it sounded more like golf balls on the roof. 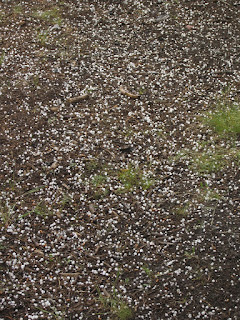 One day we decided to hike to Hell Roaring Lake.  According to the hiking guide, there are two choices – one is to hike five miles from Decker Flat Road and the other is to drive five miles up a dirt road (high clearance vehicles only) and hike two.  Since 10 miles round trip was out of the question and we did have a high clearance vehicle, we decided on the 4 miles round trip. 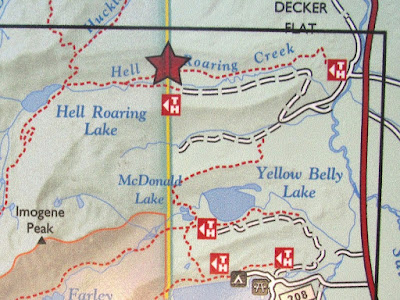 Here’s the aptly named Hell Roaring Creek as we crossed it on Decker Flat Road. 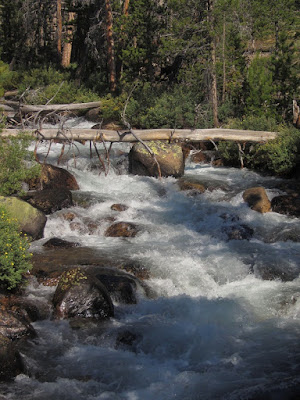 We continued on and up the dirt road which kept getting worse.  Although we could have done it, we decided we’d rather walk.  All that bouncing around was just annoying. 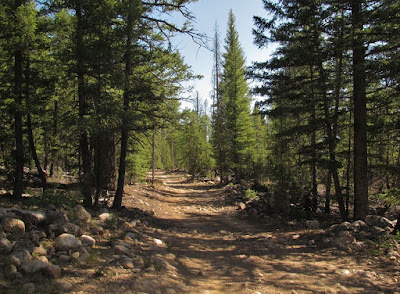 We had some nice views of the valley below. 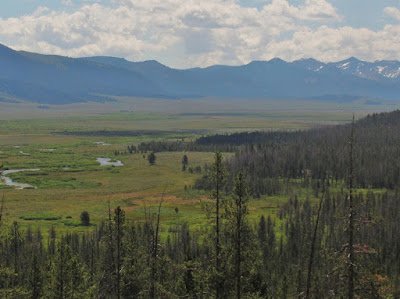 A couple times we could see the creek through the trees, still roaring. 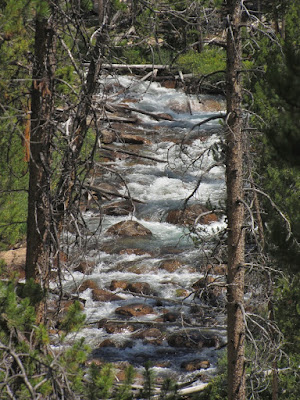 Although once we reached the level section, it was very peaceful. 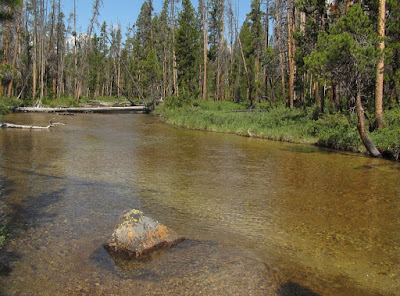 By the time we reached the end of the road and the beginning of the 2 mile trail, we had already gone two miles, so we turned around and never saw the lake.  Oh, well, it was a nice day for a walk. 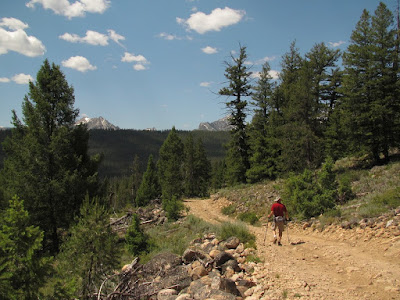 Just before arriving back at the car, we caught sight of a piece of the Sawtooth Mountains. 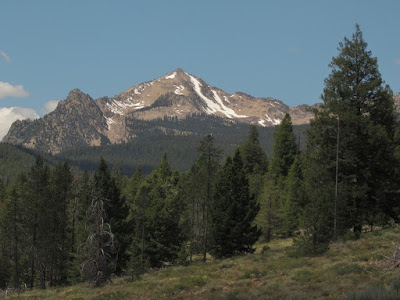