Since we only had a reservation for one night at St. Mary campground, we moved six miles to the non-reservable Rising Sun campground.  It's supposed to have a 25-foot limit, but we don't pay any attention to such things.  It was a bit of a challenge and Ron had to turn around using a handy service road, but we squeezed in. 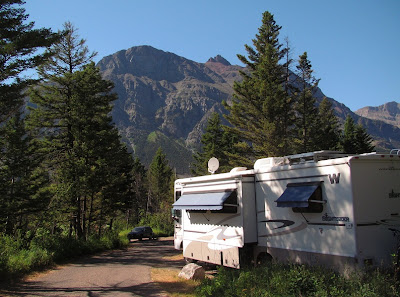 We took the shuttle up to Logan Pass.  Here's the thing.  We are very much in favor of park shuttles to help alleviate crowding and air pollution, but here's my complaint.  The shuttle from the east side of the park only runs every 40 to 60 minutes!  What's with that?  If they seriously want people to use them, they have to do something about that.  We waited at the campground for 20-25 minutes, but at least we had an interesting lady to talk to.  She was probably about 50 and backpacking in the park.  To me, that's something that sounds so cool, but I would never do it.

At Logan Pass, we admired the view behind the visitors center. 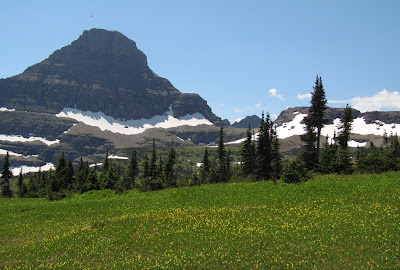 And looked for the sheep that are supposed to populate the area.  We found some - about 5 miles away.  Ah, the wonders of zoom and crop. 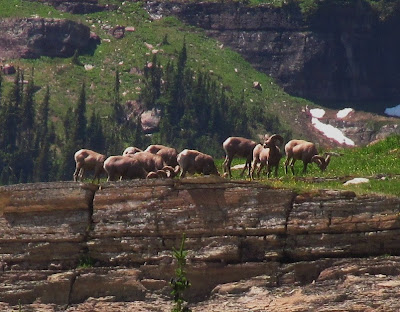 We crossed the street to walk part of the Highline Trail which is known as a place to see mountain goats. 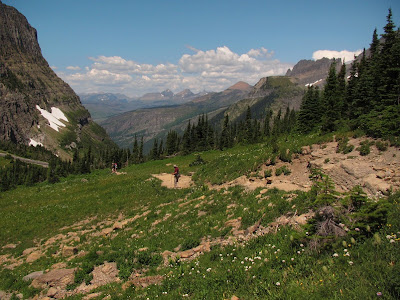 We did spot this family.  The kids seemed to be practicing their rock climbing. 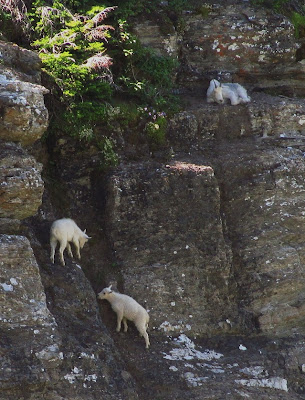 The trail goes through this rock cliff.  If you look closely you can see the little people.  It's not nearly as bad as it looks, but I wouldn't let my children run along it like one family we passed. 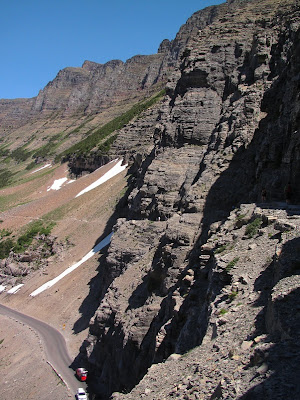 There are some amazing views. 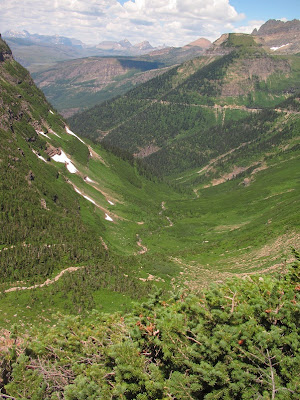 The fairly level trail continues on forever, but we turned around after the cliff section. 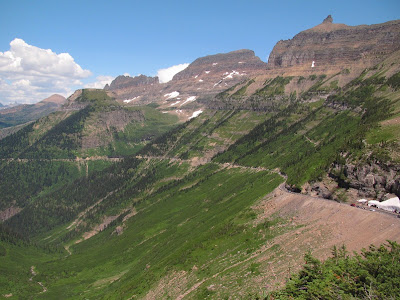 On our return, we were lucky enough to see some goats right next to the trail. 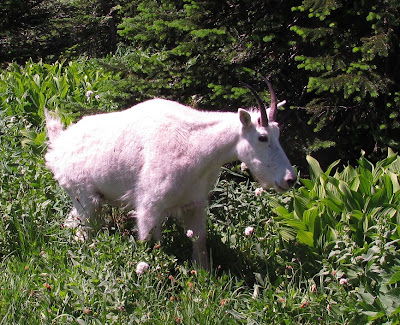 I got a kick out of this sign which we noticed at the trailhead on our way back.  Maybe we should have read it first. 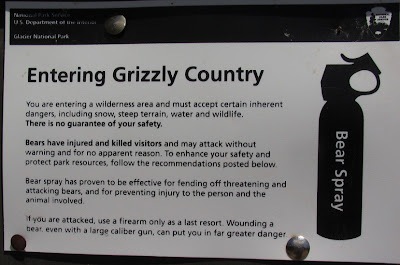 I guess if they don't warn you, somebody could sue.  After all who would expect wild animals and steep terrain in a wilderness area?  My favorite is the warning not to shoot the bears because that will just make them angry.

On our way back down to the campground, we hopped off the bus and took the short hike to Bering Falls.  We talked to a man there who said he had fallen down the falls on a previous trip.  I assumed he meant when he was young (and stupid), but he said he had his daughter with him. 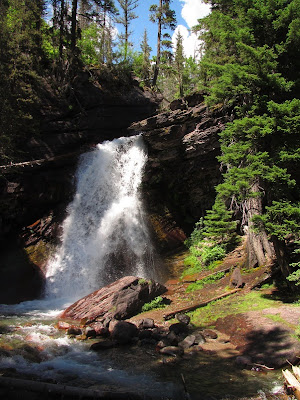 I particularly liked the multicolored rocks in the stream. 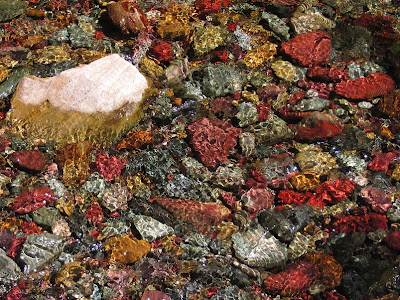 Back at the campground, we saw this deer who seems to be able to read. 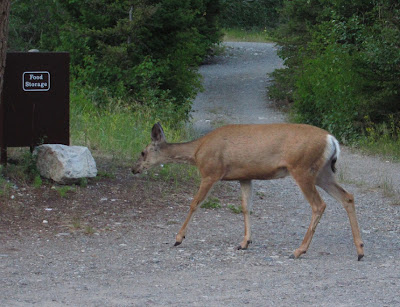