We stopped for a few days in Belen, NM, about 30 miles south of Albuquerque and parked at the Moose Lodge. They were lovely and made us feel very welcome, but I don't recommend their location. The lodge is right next door to a meat processing company. We saw calves and pigs and even goats in the back pens, and pretty soon they were gone. For a city girl like myself, it was traumatic. I have always believed that meat was born in packages. It was almost enough to make a vegetarian out of me. (I said almost.)

While we were there, we checked on some lots that Ron owns in the area. About 40 years ago, he and his wife Sharon bought three lots with the expectation that the area would be developed and dramatically increase in value. The lots were supposed to pay for their kids' college educations. This seemed like a reasonable assumption since Albuquerque has limited expansion options, being surrounded by mountains and Indian reservations. Inexplicably, the development never happened. After stopping in the Homeowners Association office (yes, they do have one) and obtaining directions and plot maps, we headed out to inspect the lots.

We drove for miles down dirt and gravel roads, found the turn off, and took the low-clearance Saturn (with the kayaks on top) on a barely-graded road and through a wash. After driving as close as we could, Ron paced off to what we calculate would be his lot line. Here he is proudly standing on his own lot. 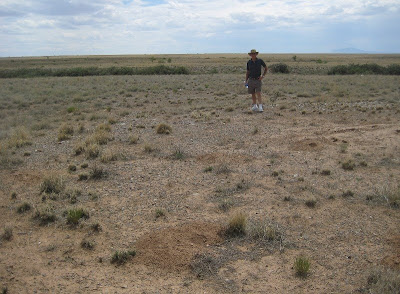 It does have that nice wash right behind it and some of the prettiest rocks I've ever seen. He even let me take one.

Here's the view the other direction. Nice, huh? 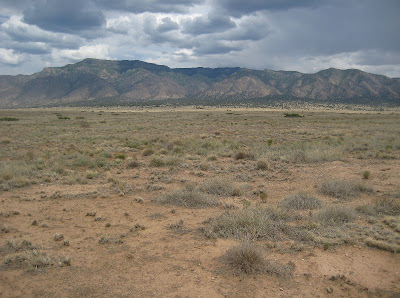 Unfortunately, even after driving through several other washes and scraping bottom on some rocks, we never found the other two lots. I was nervous enough with the faux four-wheeling, but what really did me in was this military type plane that kept buzzing overhead. Any minute I expected paratroopers to jump out and arrest us. I don't know what I thought they could arrest us for, but I'm not always completely reasonable. 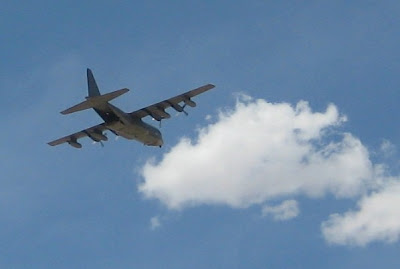 Yesterday, we left Belen and continued east on US 60. We made a stop at Abo ruins, one of the three sites that make up the Salinas Pueblo Missions National Monument. It is the remains of a huge church built in the 1600s. Still standing three stories tall, it's an impressive sight. 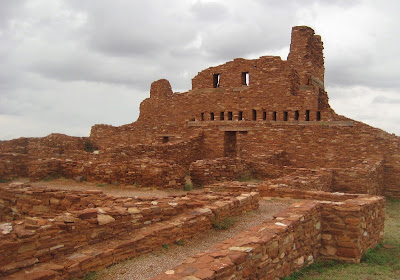 I was surprised to see a kiva (generally assumed to be used by the native people for their religious ceremonies) right in the church. The ranger explained it might have been built to ease the transition between the native and Christian religions. 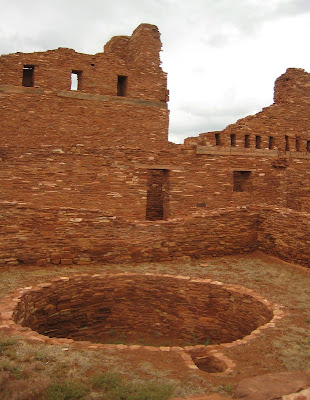 After a stop in Mountainair at the Monument's visitors center, we continued on our way east. Unfortunately, soon after Mountainair, the interesting scenery quit and the rest of the day's drive was boring. Yes, I even fell asleep. But eventually we reached Sumner Lake State Park, where we will be staying with a group of WINs/Boondockers until after the holiday. There are also a whole lot of other (non-retired) people here, but there's plenty of room for all. 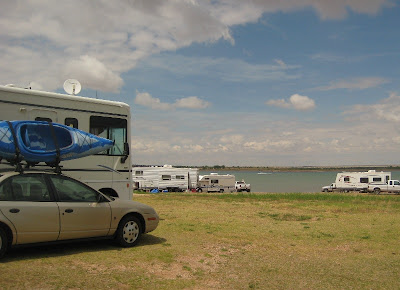