The other day, our group here at Sumner Lake made the 30 mile trip into the town of Fort Sumner. I'm ashamed to say we didn't visit the site of the old fort or the grave of Billy the Kid, but instead we went bowling!

First we walked around town and admired the murals. This whole wild west set was at the Chamber of Commerce. 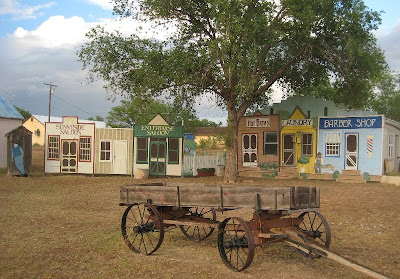 And Ron discovered this larger than life six shooter was actually a grill. It must look really cute with the smoke coming out of the barrel. 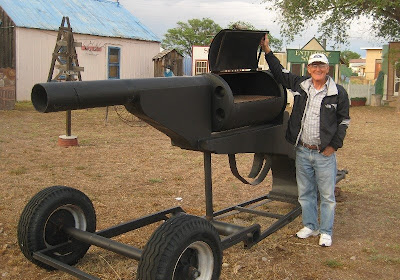 My favorite was this mural of a blacksmith and a little boy fishing in the water trough. 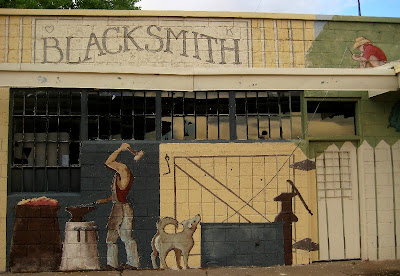 In we went to the six-lane bowling alley. We had a great time trying to remember how to bowl. Out of the group of six on our two lanes, I had the highest score for the first game. Before you get too impressed, though, I got a whopping 120. It was a short-lived victory since everyone but me improved the second game when I only got a 97. The funniest part was that we had to keep score. When was the last time anybody had to do that? Nowadays the machine not only keeps score, but tells you when it's your turn and how to pick up a spare. Luckily Janet and I still remembered how and even more luckily, Brad had some reading glasses for us to use!

After all that activity, we were ready for some good Mexican food. Yum! 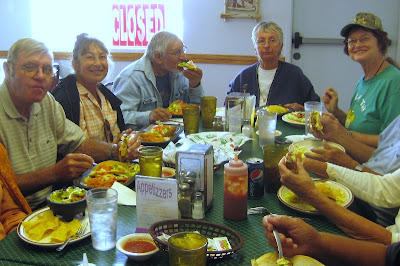 Last night several of us went to see the bats fly out of this old bunker at sunset. The structure was used to hold dynamite while the dam was being built in the 1930s. This picture is from where I sat during the show. If I had known the bats were going to fly directly at me, I would have picked a different spot. And I hope those drips I felt were rain and not bat guano. 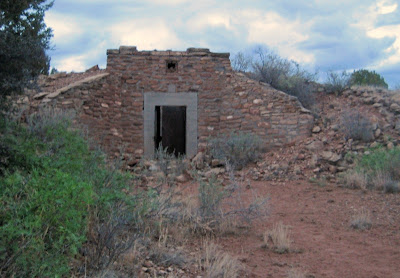 There are actually bats in this picture, but I guess they move so fast that you can't see them.

Today we had a taco potluck and did what we all do best - sit around and talk. 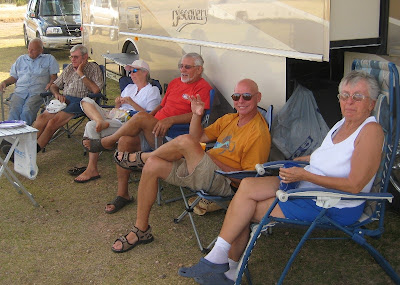 We've had lots of fun visiting with old friends and making new ones. 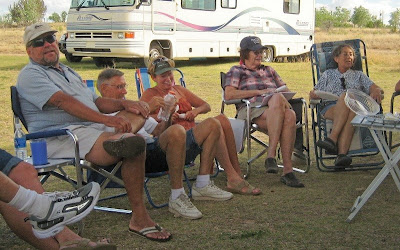 Tomorrow we say goodbye to them and this lovely state park. Not only does New Mexico have reasonable rates at their state parks, but they also have a heck of a deal on an annual pass which our friends are utilizing. 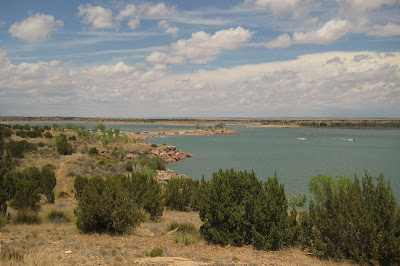 But as for Ron and me, we're still heading east.
Posted by Barbara and Ron at 11:14 PM