We did it!! We packed up the RV and left Mesa and the heat. I have to admit it wasn't nearly as hard to pack as I thought it would be. I just went through each room and dumped stuff in a container to take out. So far I've only noticed one thing that I forgot - my robe. Oh well, it was about time to get a new one anyway. I did have a near heart attack when 100 miles down the road I couldn't find the power cord for my computer. I finally found it in Ron's power cord box where he had put it thinking it was his. Jeez. Ten years off my life.

We took a scenic route out of town - state road 87 or the Beeline Hwy. It was particularly lovely with the Palo Verde trees with their bright yellow blooms. This isn't the best example, but was where we could pull over for a picture. 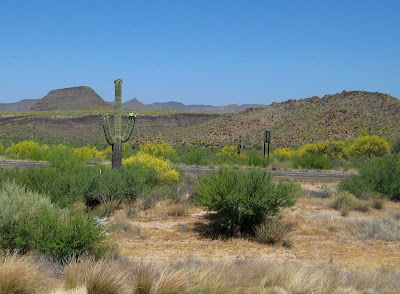 We decided 76 miles was enough for our first day and stopped at a national forest campground about 14 miles east of Payson and at a blessedly cool 5600 feet. I know this campsite doesn't look like much - it's just a wide spot really - but it had two very good benefits. First, we could get satellite TV (not easy with all those trees) and, after we parked, we found something even better. On the dirt path to our picnic table was a natural water seep which attracted countless birds. 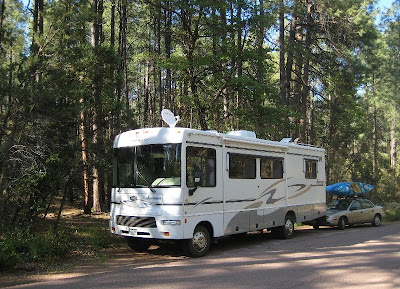 Although we are by no means expert birders, we do enjoy watching and identifying them when we can. Among the ones we saw that day were the pigmy nuthatch, western tanager, black-headed grosbeak, western bluebird, acorn woodpecker, and hermit thrush. (At least I know it was a thrush. They all look alike in the book, so I picked the hermit because it's supposed to be in the area.) We also saw several we couldn't identify and lots of more common birds. It was really exciting for us. If anybody would like to check it out, it's the Ponderosa Campground, site A23.

We also took a walk around the campground and saw other interesting things like this unusual plant. Is it a mushroom or what? 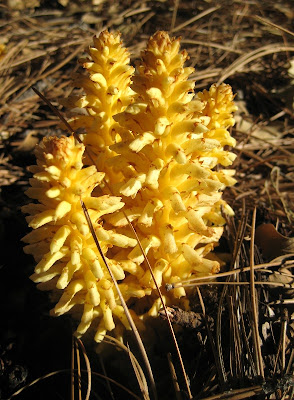 And this strange tree that produces dental products. 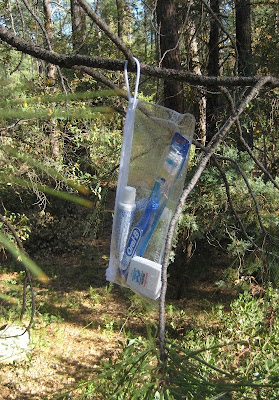 The next day we continued east up the Mogollon Rim. State Road 260 between Payson and Heber is just beautiful although it's not marked as a scenic road on the map. What are these map people thinking? In places, the road hugs the side of the rim with breathtaking views. 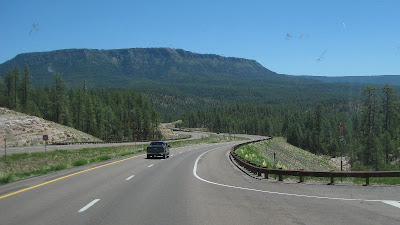 Finally we arrived at our destination which was outside of Show Low, AZ, where we'll be visiting friends. This is a very rural area with seven miles of dirt road at the end of the trip. Perhaps we should have disconnected the car. 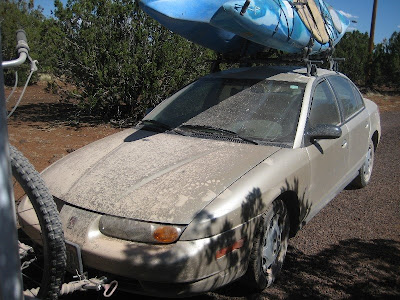