All too soon our week on the ship was over, but we still had another week of fun and frolic.  We have a friend with a time share in Kona that she was willing to sublet to the four of us for a week.  Woo-hoo!

Here we are coming into Honolulu the morning of our disembarkation.  Even after seven days, I was still up before the sun! 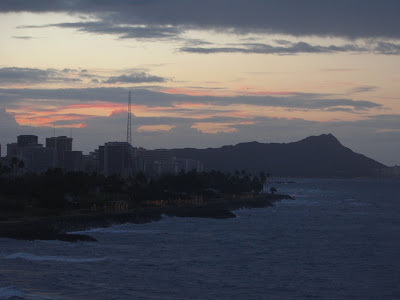 We worried about getting ourselves and our luggage off the ship and grabbing a taxi to the airport, but no problem.  We were among the first ones off and there were taxis lined up just waiting for us.

We were really early at the airport, but better early than late.  Soon we were on the island hopper and on our way to the big island of Hawaii.  Even on that short trip, Hawaiian Airlines gives you a yummy drink. 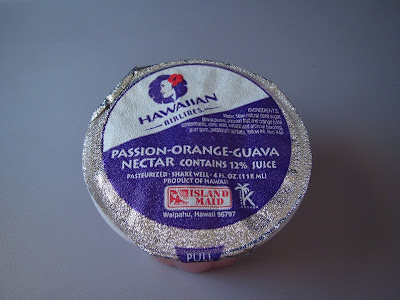 Almost before we could drink our juice and discard the trash, we were within sight of our destination. 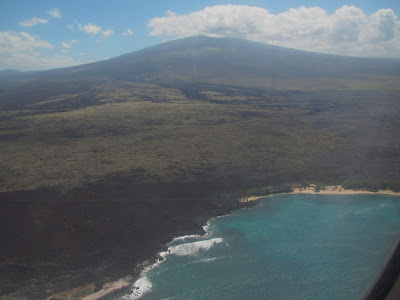 Since this is the youngest island with the most recent lava flows, some roads and the airport itself are carved out of the black lava. 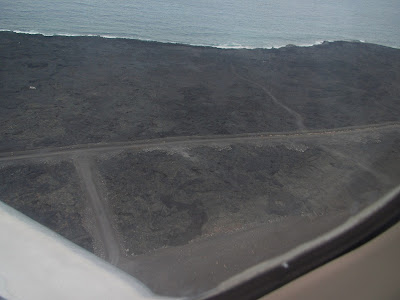 We rented another car, this time for the whole week, and found our way to the resort.  Our condo wasn't ready yet, but it was no sacrifice to sit in the open-air pavilion awhile. 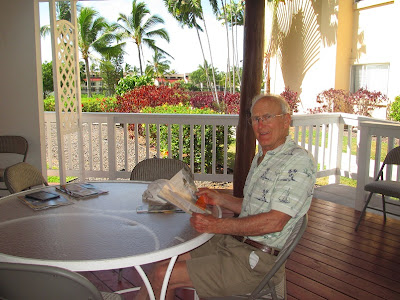 We even made a friend while we waited.  It looks like somebody dripped paint on his back. 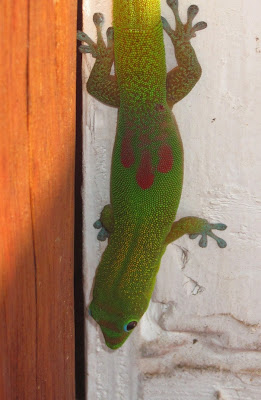 Also nearby was one of my favorite trees commonly called an Angel's Trumpet.  What else would you call something with these gorgeous giant flowers? 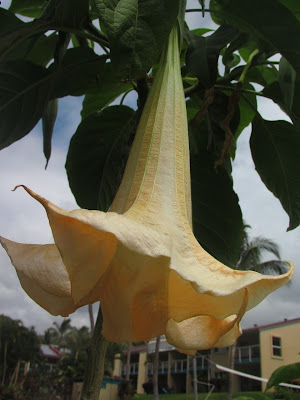 I sure wish we could have one in Mesa, but the frost would surely kill it. 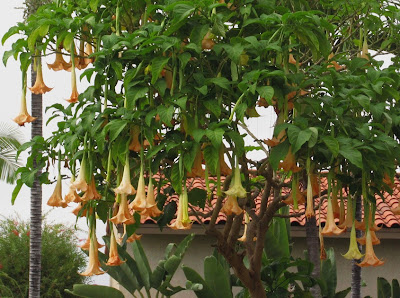 We were pleasantly surprised by the size of our living quarters for the next week.  It had two bedrooms, two bathrooms, a giant kitchen, dining room, and living room, as well as a large deck which extended the length of the living room and one bedroom.
Posted by Barbara and Ron at 7:00 PM