On our second day docked in Kaua'i we jumped back in the car and headed north.  Our first destination was Wailua Falls.  If it looks familiar, it's because it was in the opening credits of the show 'Fantasy Island.'  I used to love that show. 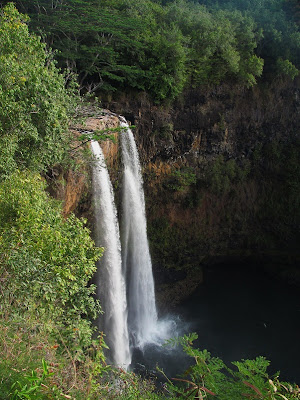 On our way there, we drove through some pretty rural ranch land.  I liked the look of these trees and snapped this out the car window.  They looked like the trees you see in movies of Africa. 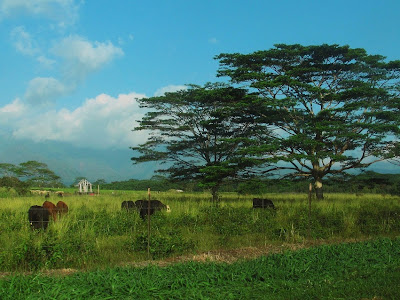 Coincidentally, a pretty tree that we saw all over the islands was called the African Tulip Tree.  Our tour guide in Hilo told us it was a nuisance tree, but look how pretty. 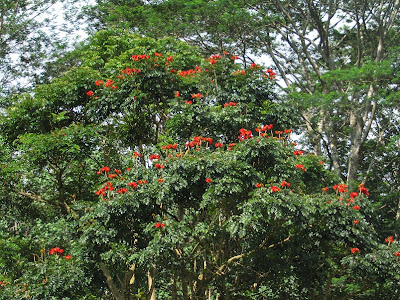 I just had to get a picture of the flowers and it looked like I was going to have to climb, but finally I found a low branch.  Wow! 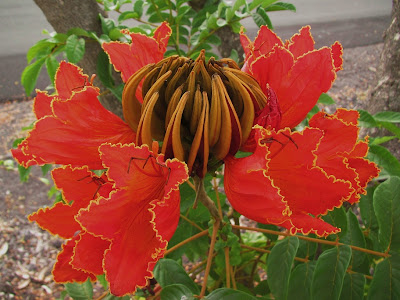 We stopped at Kamokila Hawaiian Village, a recreated traditional village, but didn't have time to do it justice, so just snapped a couple of pictures.  They have kayak trips from here to Fern Grotto and 'secret' waterfalls, but, once again, not enough time.  We'll save that for our next trip to Hawaii. 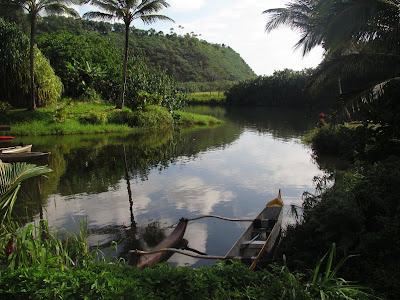 Hey, here are the chickens I would catch and raise (well, if I was into raising chickens.) 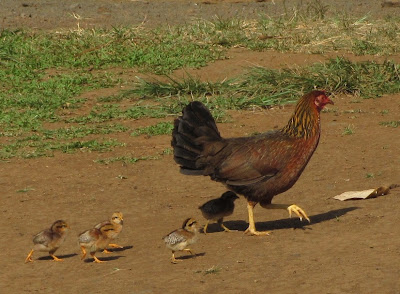 And I guess this is a peahen, although for all I know it could be some exotic Hawaiian bird. 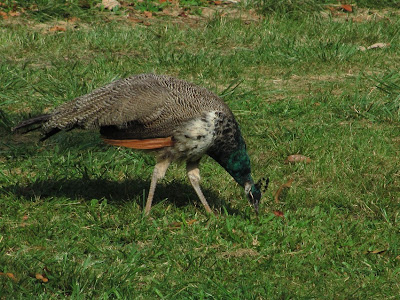 And at the end of the navigable road, in the Kealia Forest Reserve, we hit an area that truly looked tropical. 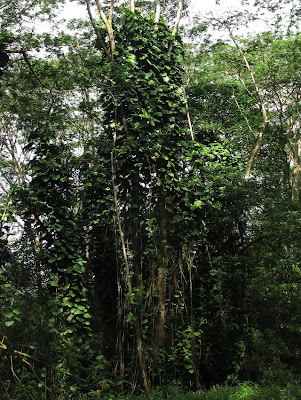 Our last stop was the island's largest city of Kapa'a.  It had some interesting buildings. 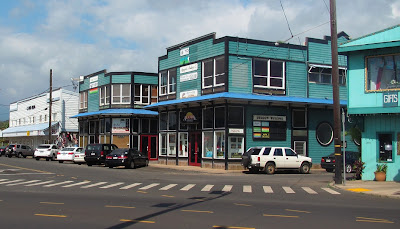 How about those coconuts? 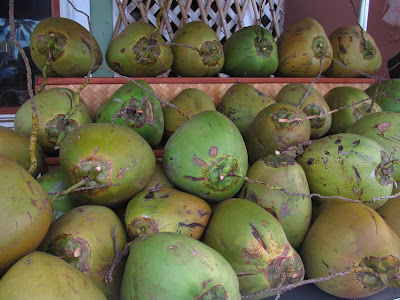 To leave the bay, our giant ship had to navigate the narrow channel between the breakers.  Looks hard.

But, never fear, we'll be getting some help. 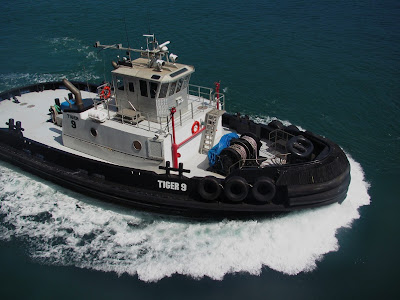 And with a couple of strategic nudges, we were on our way. 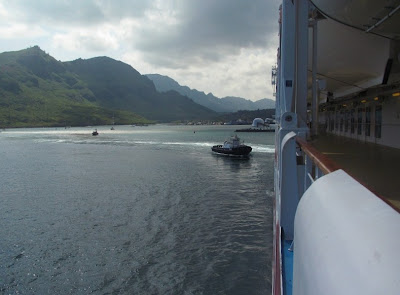 I read that there is a mountain that looks like a sleeping giant.  On our way up the coast, I spotted this one.  If that's the sleeping giant (head towards the left), he seems to have a goiter problem. 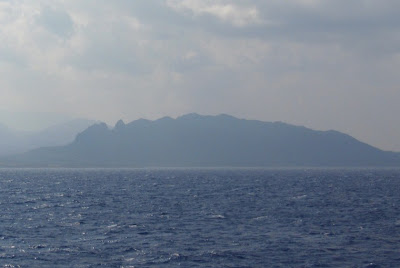 Our cruise took us along the Na Pali Coast for some dramatic scenery.  Unfortunately, the fog had rolled in so the picture isn't the best. 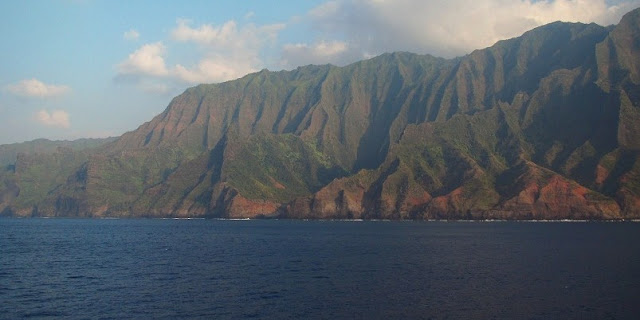 The evening towel animal was a snake.  So pathetic, I didn't even take a picture.
Posted by Barbara and Ron at 6:30 PM