Although this looks like sunset, it's sunrise as we came into Nawiliwili, Kaua'i.  Maybe I should get up for sunrises more often . . . Maybe not. 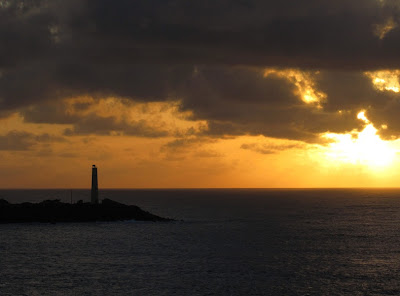 This was one of our overnight stops, so once again we rented a car.  I had never been to this island and was very excited to see Waimea Canyon. 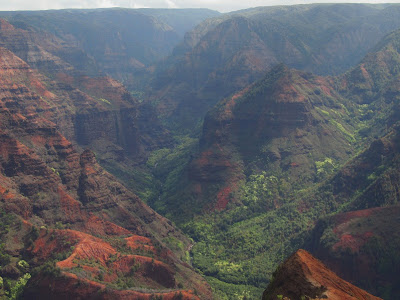 It lived up to its colorful reputation. 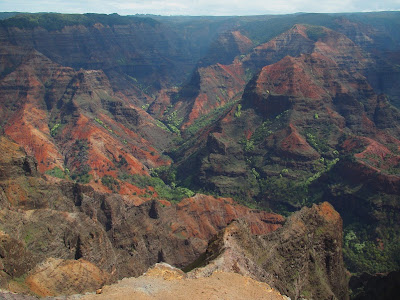 We met the Hawaiian ambassador up there.  Actually there were chickens running wild all over Kaua'i.  The story we heard was that the chicken coops had been destroyed by a hurricane and the chickens just went wild.  You'd think somebody would catch them but we understand they're pretty tough. 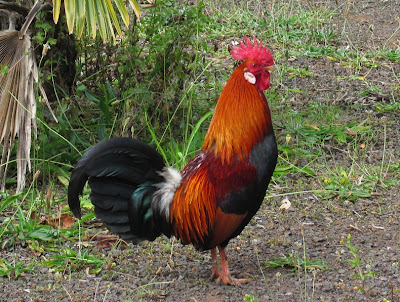 Hey, Mister!  Don't you walk away from me.  I'm not done talking to you. 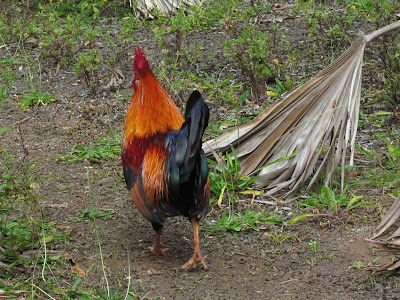 At the Kalalau lookout you can see part of the scenic Na Pali Coast. 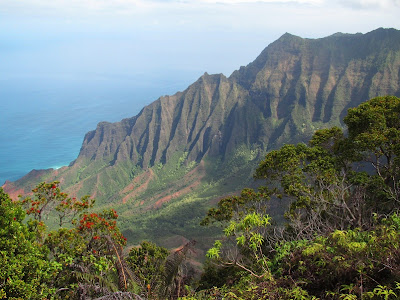 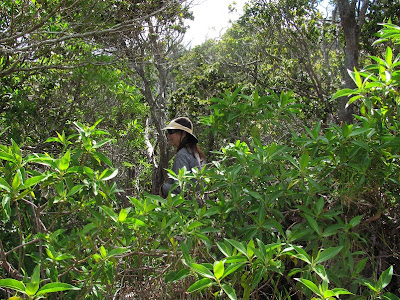 But we did spot this guy - looks like some kind of sandpiper, but up at about 4000 feet above sea level. 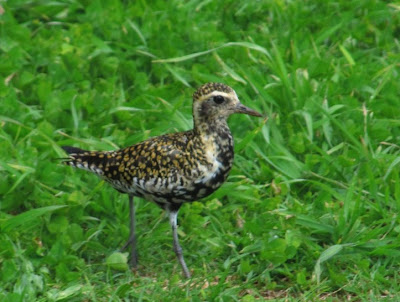 We thought we were at the end of the road, but the GPS said otherwise, so we continued and found the Pu'u o Kila lookout with an even better view of the valley below. 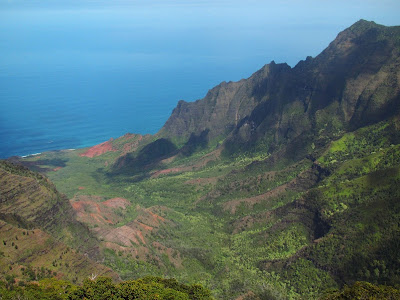 Well, he might get carsick, but we know Ron doesn't have a problem with heights. 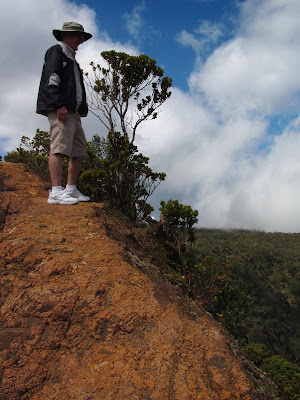 Somewhere in all this greenery is Mount Wai'ale'ale, one of the wettest spots on earth. 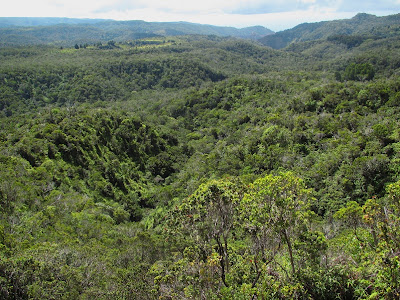 Back at sea level, we stopped to view the Spouting Horn which preformed beautifully. 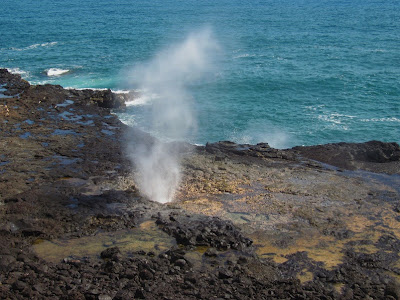 I took a short video so you could have the whole experience.


And I mustn't forget the animal of the day. 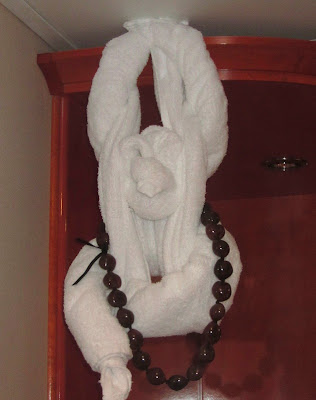 As one of the islands I hadn't visited before, I had some preconceptions of Kaua'i.  I had pictured it as dripping with dew and having vegetation so thick you had to machete your way through it.  I was surprised that it didn't seem any different from the wetter side of the other islands.  Now maybe if we had hiked to Mount Wai'ale'ale . . .
Posted by Barbara and Ron at 7:00 PM