The next morning I was still up in time to see the ship pull into Kona, Hawaii.  The second week of our vacation would be spent in Kona, so we just elected to walk around town for a bit. 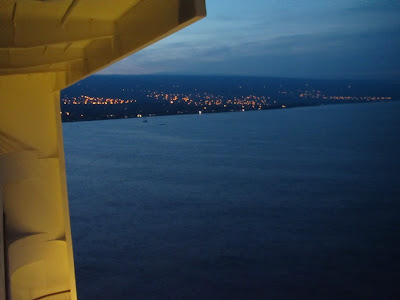 I dressed up in my 'new' Hawaiian shirt and Ron wore the closest thing he had. 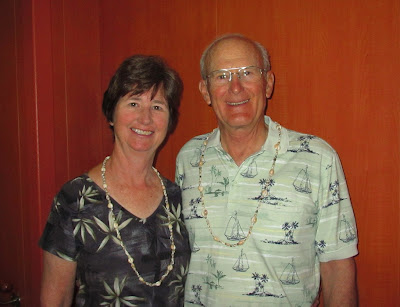 This was the only stop where there was no dock so they brought out the tender/lifeboats.  Hey!  We get to ride in a lifeboat without the ship sinking. 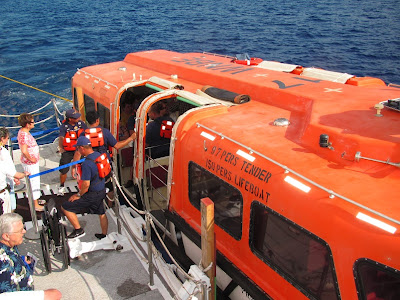 Here's our captain steering the boat with his knees. 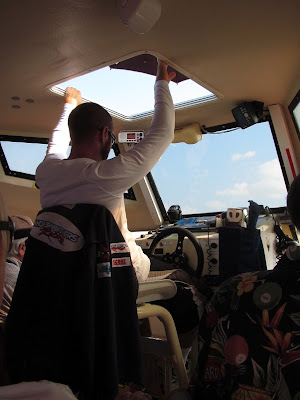 There was a craft fair close to where we docked.  I don't think it's a coincidence that it's the same day 2100 passengers arrive on a boat.  They had very nice things and I even bought a pair of earrings  breaking my rule that I wouldn't buy any more until I started wearing them.

We saw the Moku'aikaua Church which is the oldest Christian church in the Hawaiian Islands. 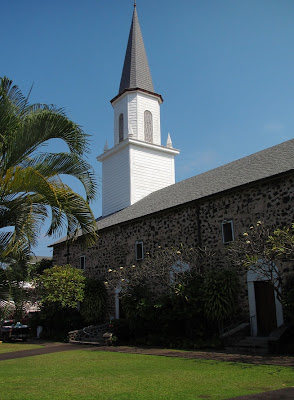 And the Hulihe'e Palace which is the former vacation home of Hawaiian royalty and now a museum. 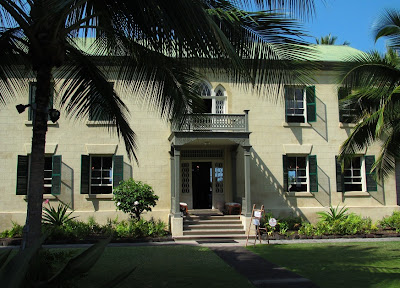 But mostly, I was just so thankful that Diana had the foresight to suggest renting cars at the longer stops.  I can't imagine being stuck in the port towns, visiting tourist shops.

We headed back to the ship and enjoyed a rare lunch on board instead of at McDonald's. 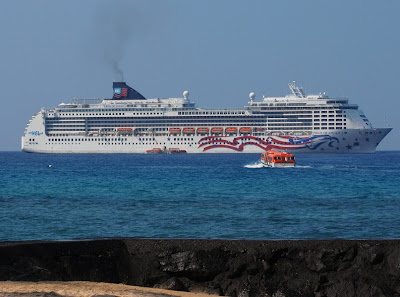 Then Diana and I attended the daily lei making class.  This one was an interesting ribbon weave. 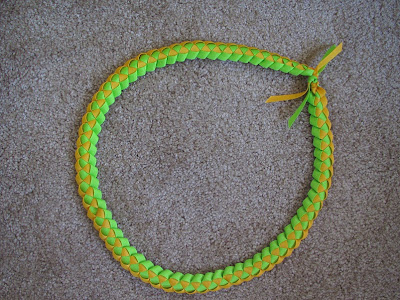 Here's a close up.   Funny thing:  I got to the end and had quite a bit of green left.  The teacher said they must have been cut wrong, but I'm guessing user error. 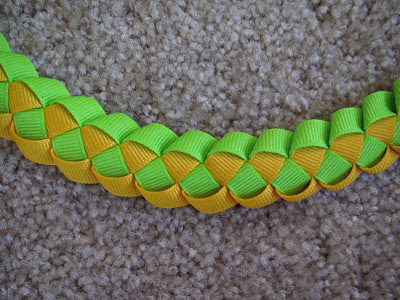 For the evening's entertainment, we attended Dancing with the America Stars.  Volunteers (or would that be victims) pair up with one of the production staff for a 'wildly silly' competition.  Phil was a good sport and participated.  If it had been an actual contest, I'm sure he would have won, but we should have known it wasn't by the 'wildly silly' description. 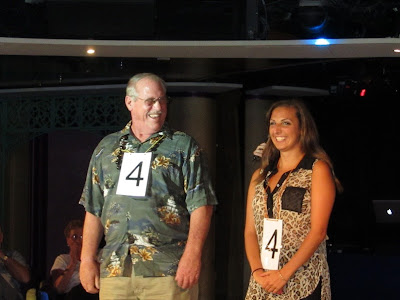 The nightly animal was a Brontosaurus. 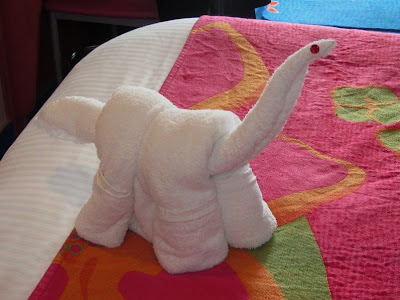