The third morning on the ship, I made it to 6am.  At this rate, I figure I'll be sleeping in until 8 by the end of the week.  As the sun was coming up, we cruised into Hilo on the island of Hawaii. 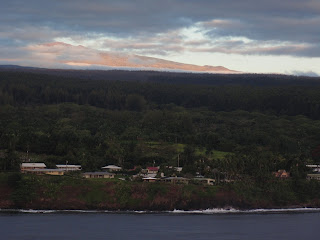 I believe that's Mauna Kea peeking out of the clouds.  At 13,796 feet above sea level, it's the tallest in Hawaii, but if measured from its base on the ocean floor, it's 32,000 feet high!

We only had one day in Hilo, so we thought it would be most efficient if we took one of the bus tours.  (Also we had a $250 credit from when we booked, so we had to use it.)  Due to Ron's problem with buses, we got the front seat.  Yeah! 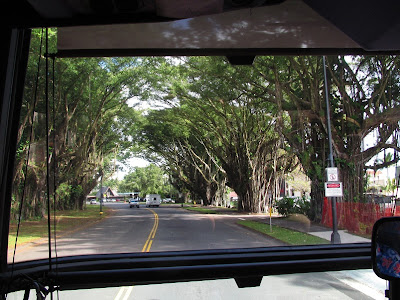 We caught a glimpse of Lili'uokalani Gardens. 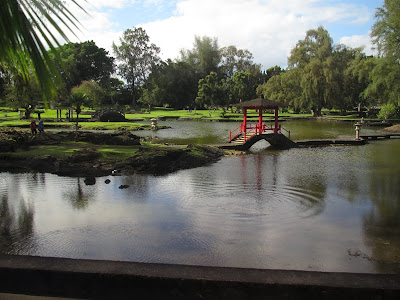 And when one of the passengers couldn't wait for a pit stop, we got to watch workers climb the palm trees with just spikes on their shoes and a rope around their waist.  They risk their lives to trim branches and cut down coconuts so no tourists will be harmed.  You couldn't pay me enough. 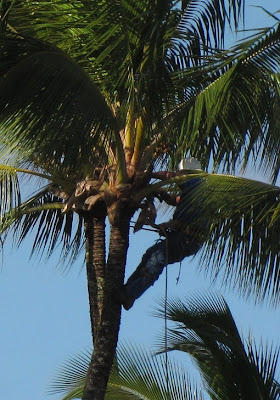 But our first scheduled stop was at picturesque Rainbow Falls. 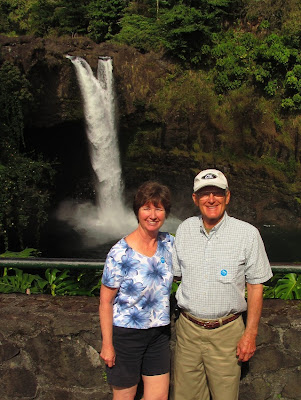 Then it was on to Volcano National Park and a view of Kilauea Caldera.  This is the view from the visitors center.  It was pretty calm the day we were there, but depending on the activity and wind direction, it can be hard to see or the lookout closed because of the sulfur fumes. 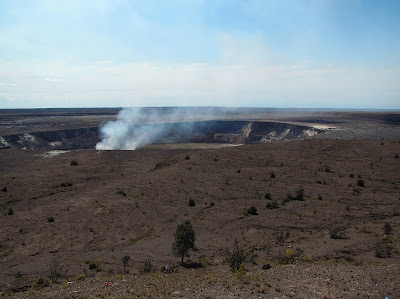 The Crater Rim Drive is now closed so this was as close as we could get.

Watch out for those fumes, Ron. 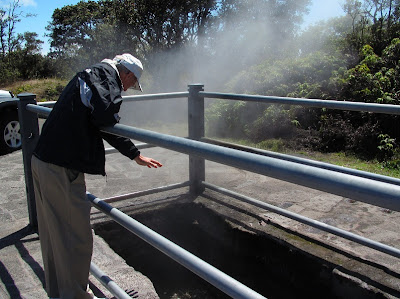 Next stop was the Thurston Lava Tube through which you can walk where lava previously flowed.  Along the path to the tube, someone had left a gift for Pele, the Hawaiian goddess of volcanoes.  Good idea to keep her happy. 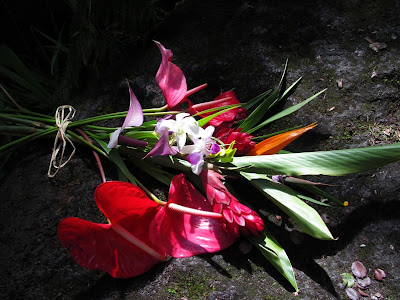 The lava tube is conveniently lighted. 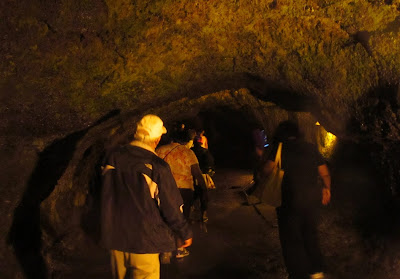 I really liked the vegetation along the trail back to the parking lot. 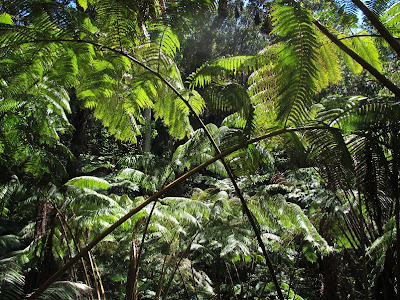 Next we stopped at a lava flow from the 1970's where I was amazed by the blue and gold colors. 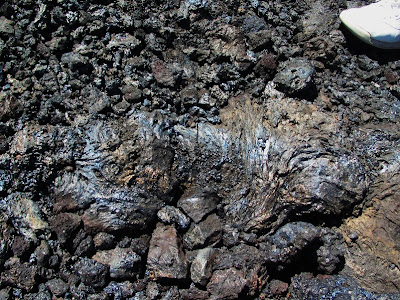 On the way back to Hilo, we enjoyed the gorgeous Akatsuka Orchid Gardens. 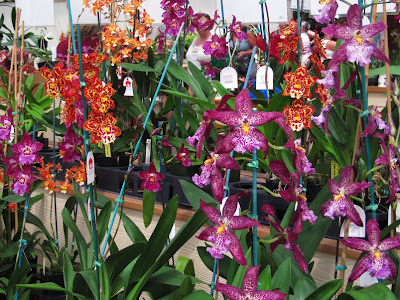 It just doesn't get any more beautiful. 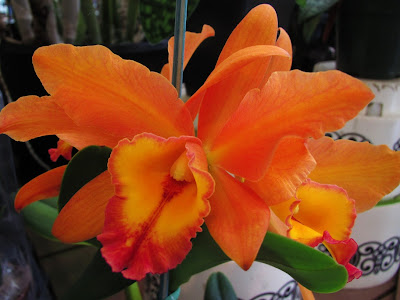 And speaking of orchids, our bus tour ended just in time for Diana and I to attend the orchid lei making class.  They had brought in 20,000 orchids for the class, but surprisingly, it was not well attended.  So instead of having us make a 'single' lei, we used a lot more flowers to make a 'double.' 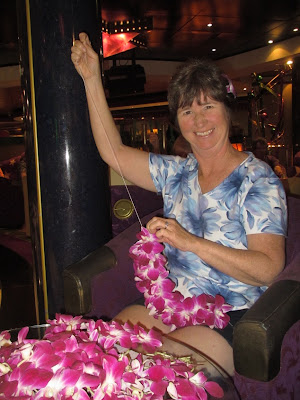 Which we then wore to dinner. 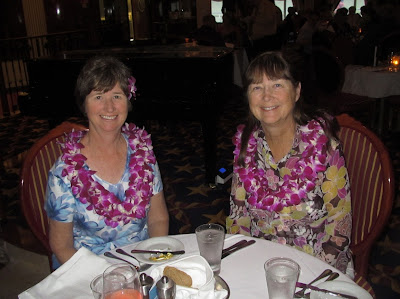 We were told that around 10pm we would be cruising within sight of where the lava is actively flowing into the ocean.  I was hoping it would look something like this:


But it actually looked like this - still thrilling, but not quite as spectacular. 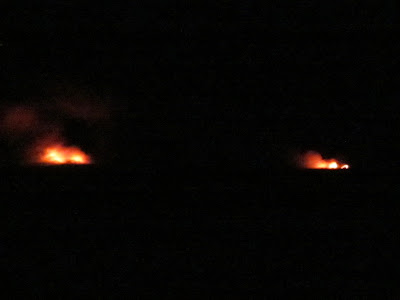 The nightly entertainment was Oh, What A Night! - a tribute to Frankie Valli and the Four Seasons and was out of this world.  I didn't get any video to show, but Diana probably did.

And here's the nightly towel animal. 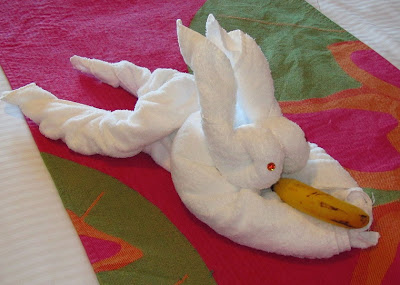