It's been awhile since I've posted any of Ron's RV tweaking, but he's as busy as ever.  Here's something he actually did a year ago, but I finally got pictures.

Ron was always concerned about the emergency escape window.  Once opened, he didn't like the top-hinged window resting on your back as you try to exit and also wondered about the feasibility of the exit itself.  I was of the opinion that if there was a fire, we would somehow just throw ourselves out, but that wasn't good enough for Ron.

Basically he added two things which make the process much easier.  He installed an air shock to hold up the window and a folding step to assist in the exiting.  You can see both in this picture.

Step 1 - Release window which flips up automatically with the air shock. 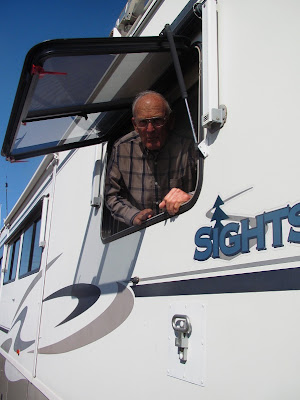 Here's a closeup of the step which he ordered online from a truck accessories site. 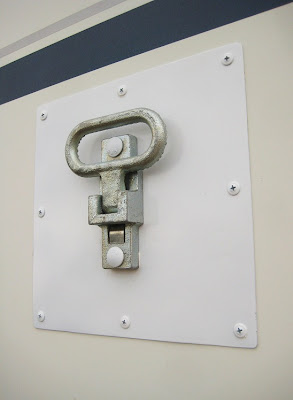 Since the RV did not have a support member where he needed to place the folding step, he installed a support plate both inside and outside the coach.  Then the mounting bolts could go all the way through the wall and plates.

Step 2 - Swing out right leg and kick down step. 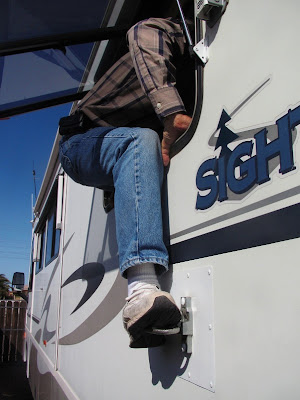 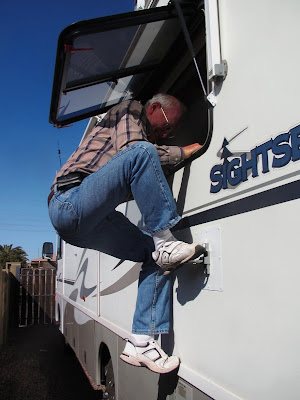 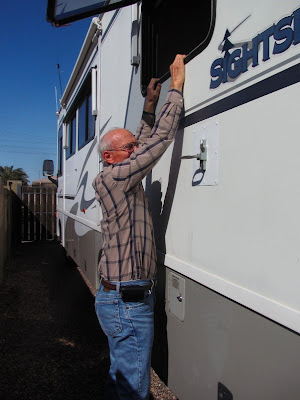 Cool, huh?  He just submitted this idea to the Escapees magazine, so you might see it there.   Now, I guess I'll have to try it, but you won't be seeing any pictures of that!
Posted by Barbara and Ron at 8:21 PM