Because of the three hours that we gained flying to Hawaii, I was wide awake at 5am.  Unfortunately, Ron didn't have the same problem, so I ended up reading in the bathroom for over an hour.  But at some point I woke the lazybones up.

After all, we were heading into Kahului, Maui, and we had this nice view from our balcony. 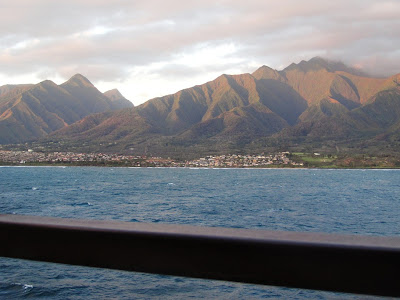 Since we would be docked in Kahului for two days, after breakfast we took off in a rental car.  Maui is shaped like a bottom heavy 8 and we were docked at the north side of the narrow section.  The plan for the day was to drive around the smaller loop of the 8, the west side.

About 20 miles of the road were narrow with sharp curves, but Phil was up for the challenge.  Yikes! 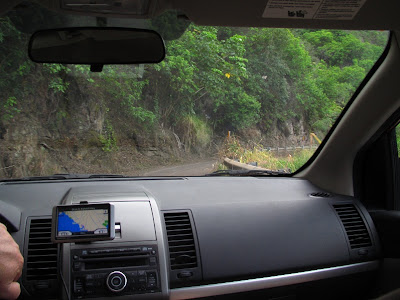 I had always pictured Maui as being very commercial with large resorts, but that was only in one small area.  There was plenty of rural scenery. 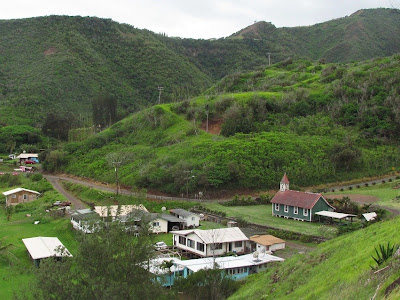 Phil and Ron were both interested in this bus that was converted into a snack bar.  My interest was more disappointment that it wasn't open. 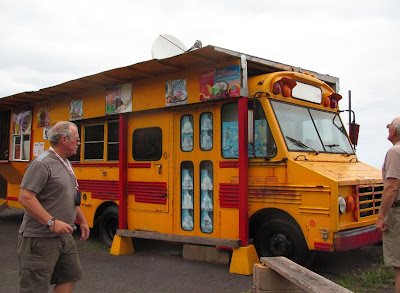 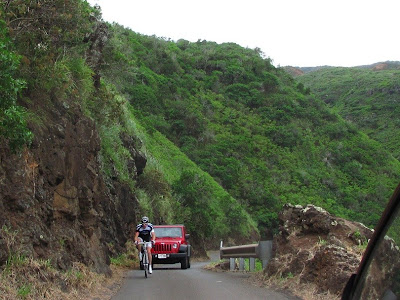 But eventually the road improved and soon we reached Lahaina where those big hotels and resorts are located.

Lahaina is home to a famous banyan tree that covers nearly an acre of ground.  (A banyan tree sends down aerial roots from its branches which grow into new trunks when they hit the ground.)  This tree was planted in 1873 and is supported by at least 16 trunks in addition to the original.

This is just part of the tree. 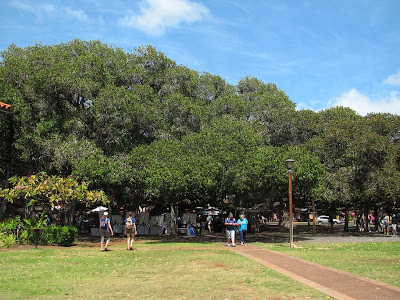 On weekends, an entire arts and crafts festival is held under this massive tree. 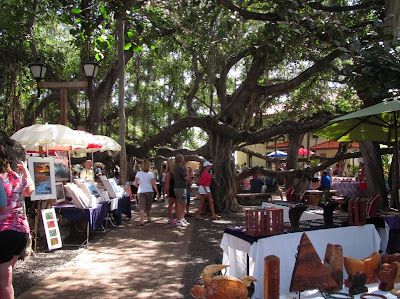 I intended to write a post on each day of our trip, but I'm going to break this day in two since I just have too many pictures (mostly of whales.)