We were close enough to Madison that we just had to run into the big city and tour the Wisconsin capitol building.  First unusual fact - the Capitol and city center are located on an isthmus between two large lakes.  Whose bright idea was that?  Didn't they think about expansion?

Well the story we heard from our tour guide is that when they were deciding where the state capital should be, one gentleman was very persuasive that it should be here where he just happened to own land!  There wasn't even a town here before that! 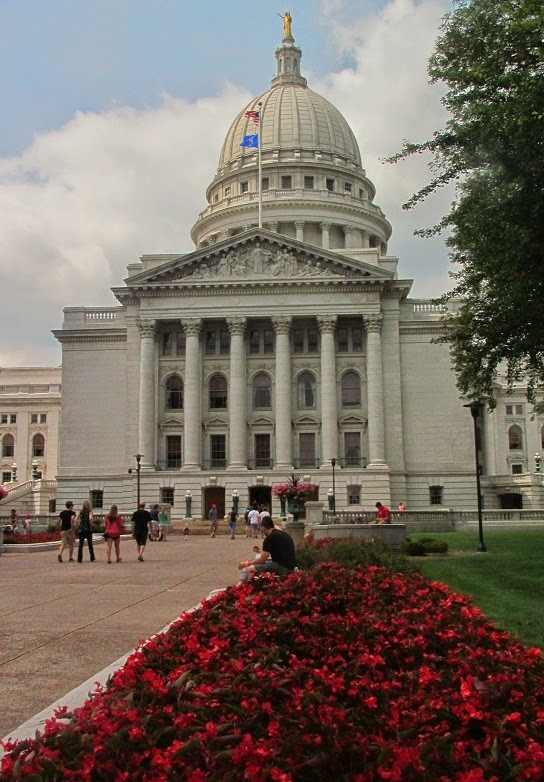 This is the third Capitol to be built on this spot - the first was hastily erected and the second burned down in 1904.  This building was constructed from 1906-1917 and is spectacular with 43 varieties of stone from around the world, hand-carved furniture and murals throughout. 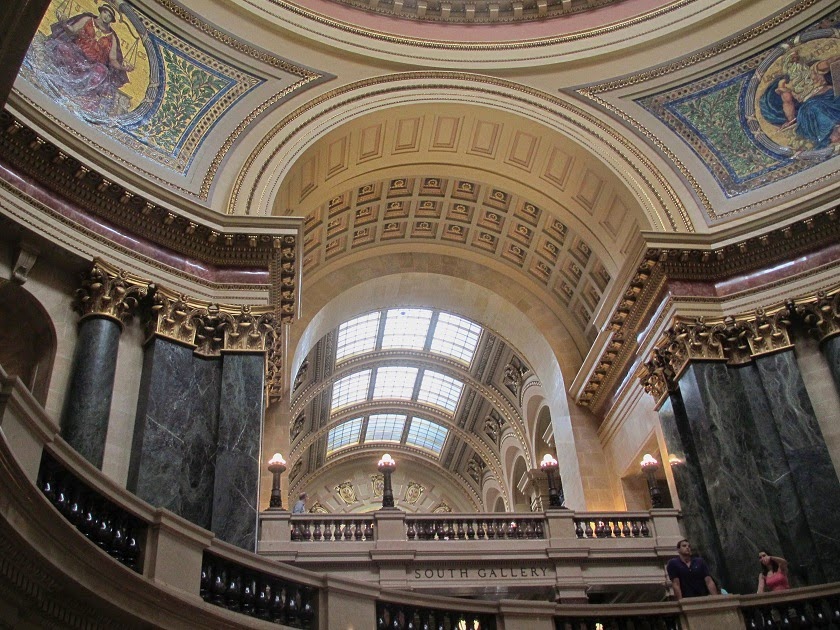 Although this is a terrible picture, I just have to use it to show the Governor's conference room.  It looks like a room out of a palace with the murals and gold leaf. 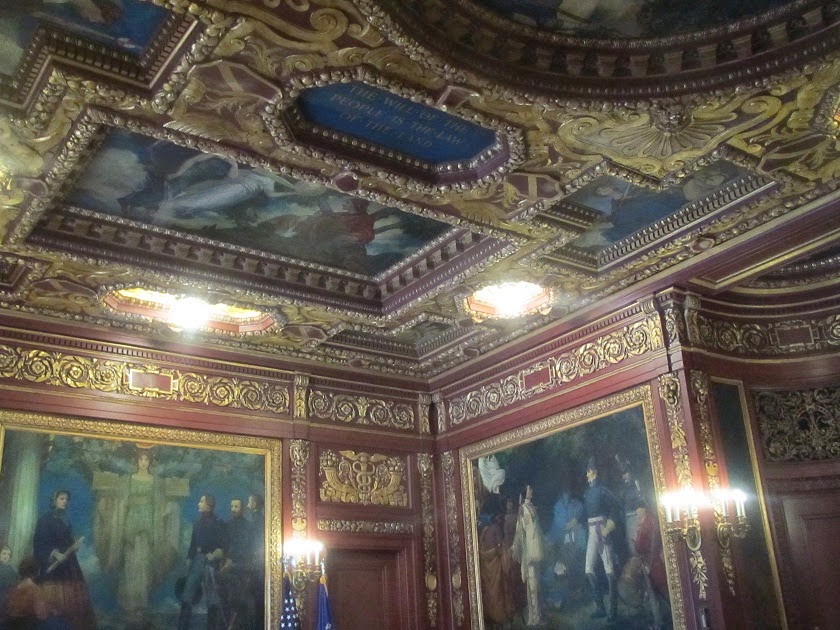 The Hearing Room is used for the public to voice their opinions on pending legislation.  I really liked the four murals along the ceiling which reflected the history of transportation.  This is the fourth one which includes a train, ship, car, and even a small airplane (although I can't see it in this picture.)  Since the Wright Brothers' first flight was in 1903, he must have been quite a visionary. 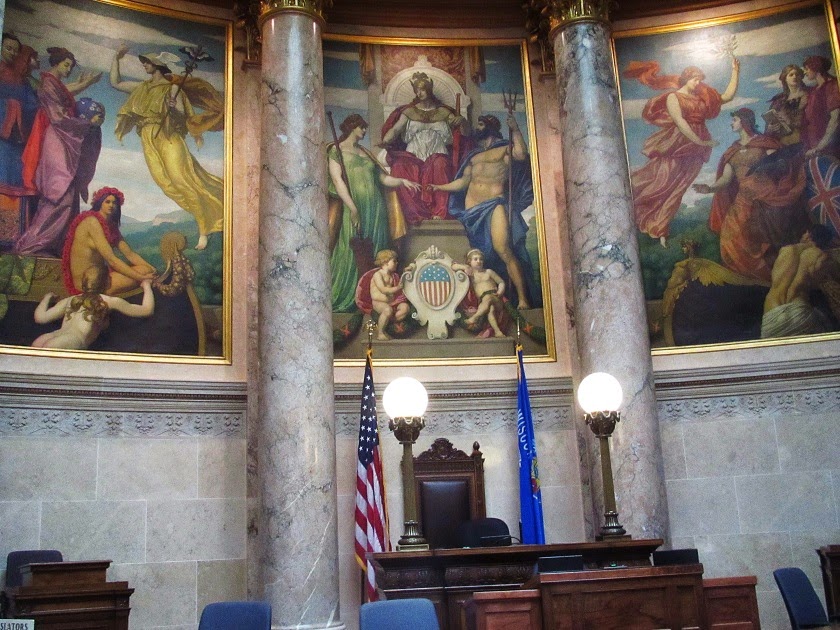 Wisconsin is known as the badger state, although the only live badger Ron ever saw was in Idaho.  And he did a lot of trapping as a teenager in Wisconsin. 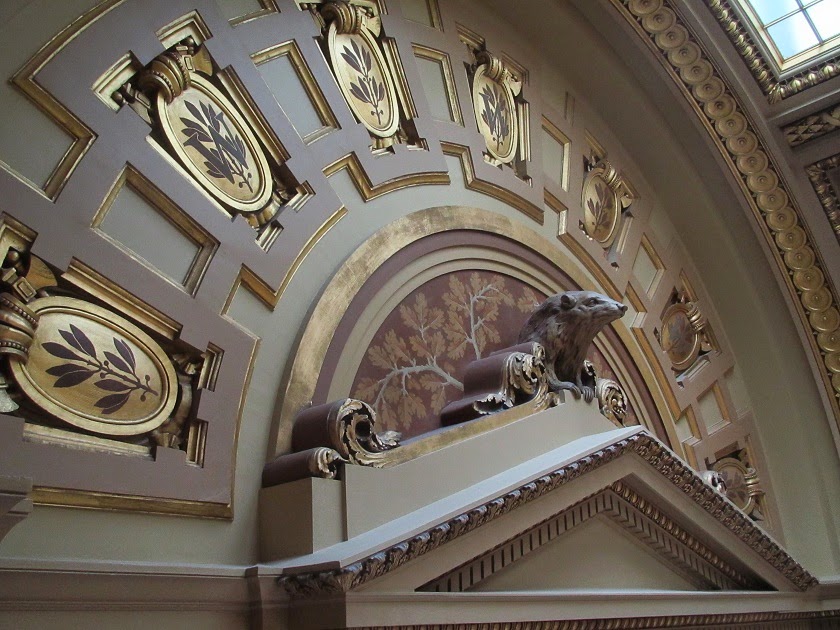 At one point the tour took us outside where we had an up-close view of the statuary and a good look at the two lakes.  The Capitol is the tallest building in the downtown area. 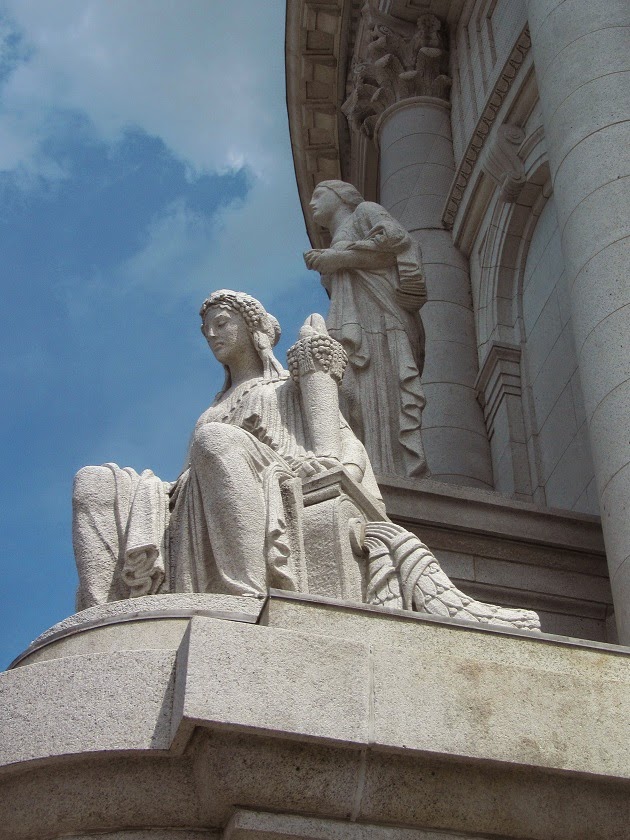 We weren't able to walk around the inside of the dome, but we could peek out and see the rotunda floor far below. 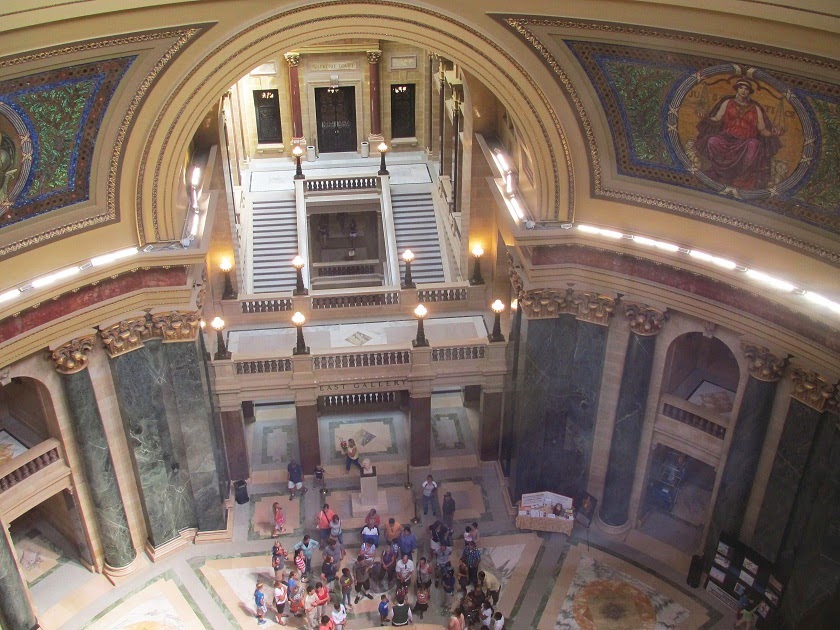 The mural at the top of the dome is hard to see even in person, but it is called Resources of Wisconsin. 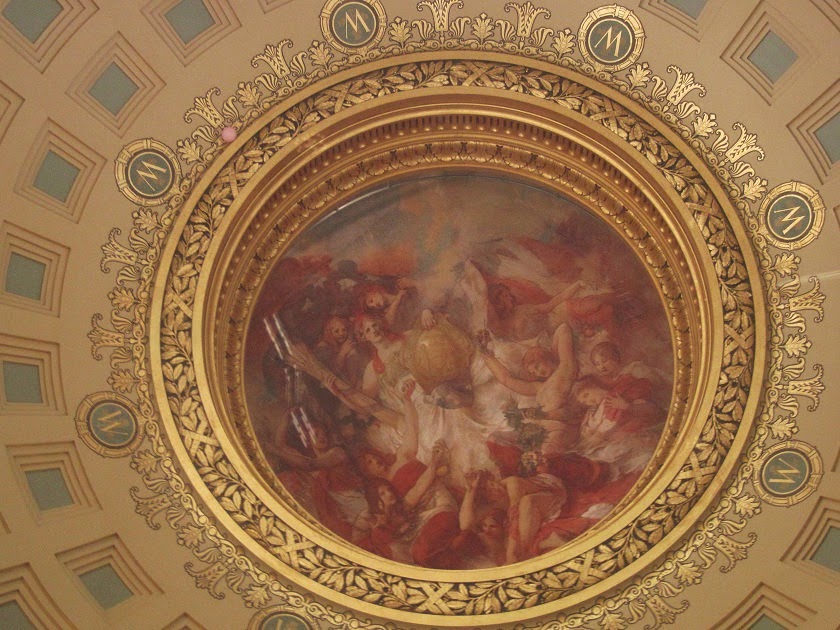 A couple more things that I found interesting.  First, we couldn't view the Assembly Chambers (or what I would call the House of Representatives) because there was a wedding going on in there!  I asked if it was somebody important and our guide said no, that anybody can rent it.  Is that how they balance the budget?

Also, I think this Capitol must be the most perfectly symmetrical building I've ever seen.  Each of the four sides is exactly the same.  I rented an airplane to get you this picture.  (Or maybe just bought a postcard since there was no snow when we visited.) 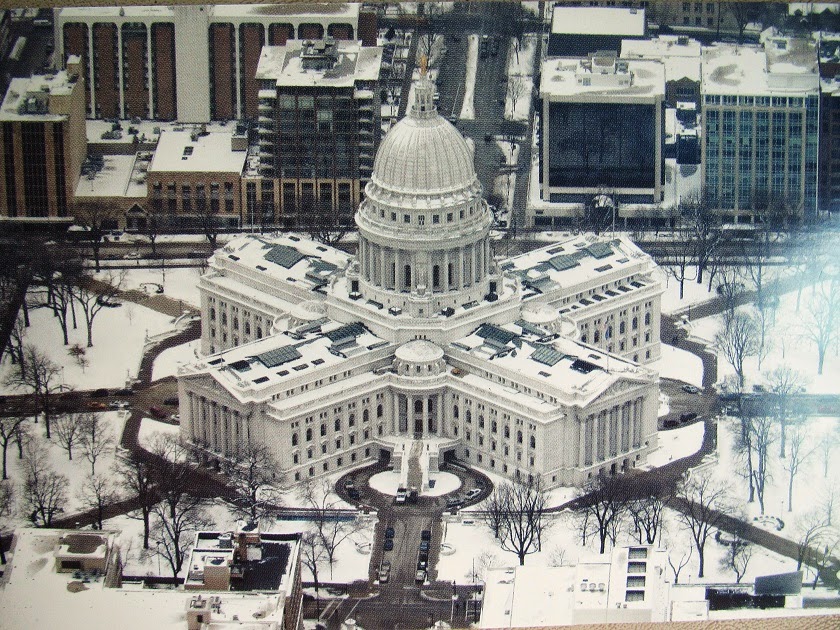 Madison is a really active city.  We were there on a Saturday and I thought downtown would be empty. Instead it was jumping.  There was a craft show/farmers market going on right around the Capitol.  People were riding bikes or eating at sidewalk cafes.  I guess it helps that it's a college town.