Crossing into northern Iowa, we stayed a few days at Pikes Peak State Park.  Iowa Parks have no day use fee and the camping fees are a bit cheaper than Wisconsin.  Our electric site was $16 a night, well worth it since it was hot and unbelievably humid.

The park is situated on a 500 foot bluff overlooking the Mississippi.  I didn't take any pictures.  (What???)  Well, except for this coleus that I thought was unique. 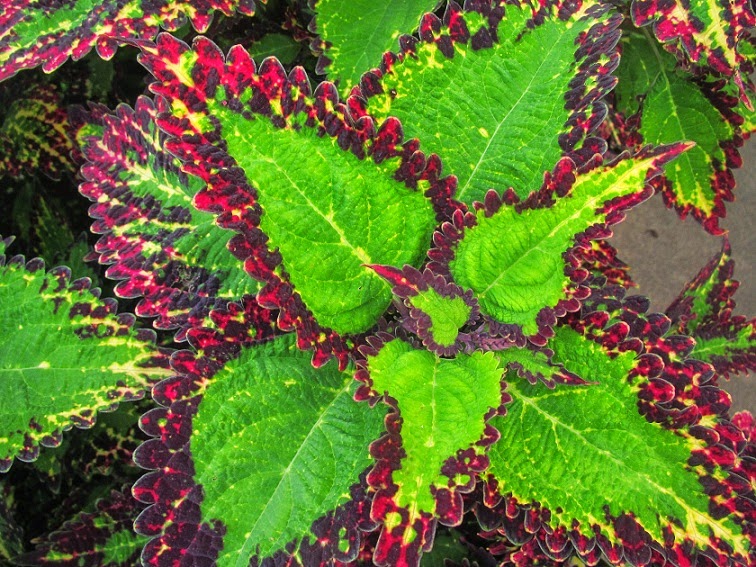 One hot day we decided to drive to nearby Effigy Mounds National Monument.   In 1948, President Truman established the monument to protect the 200+ mounds located within its borders.

The effigy mounds, for which the park was named,  were built from 700 to 1300 and are most commonly in the shape of bears and birds. Although we saw a couple of bear mounds, they are impossible to photograph.  Luckily, at one time, the park service outlined them with lime and took aerial pictures.  I snapped this during the movie at the visitor center. 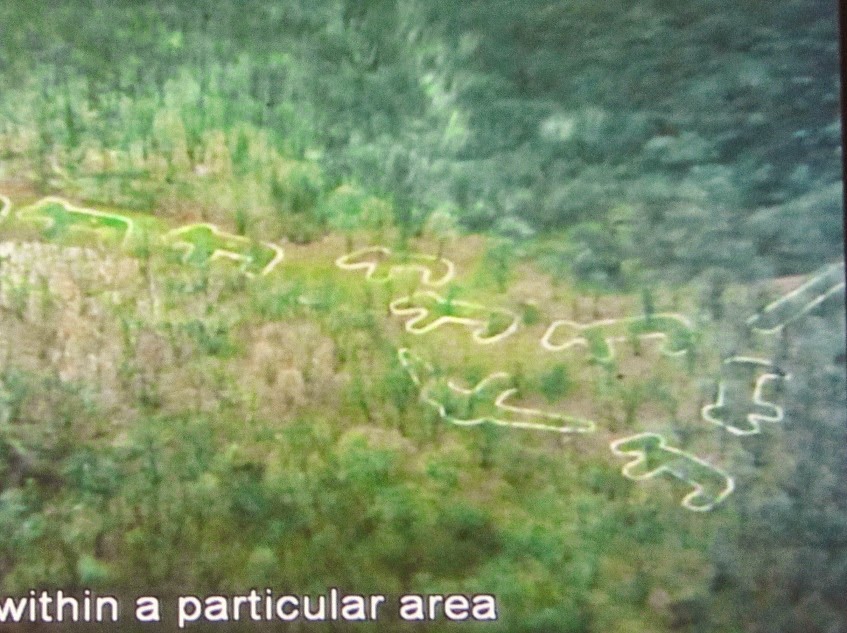 There are also many circular mounds which were created as long as 3000 years ago.  Archaeologists have determined that they are burial mounds. 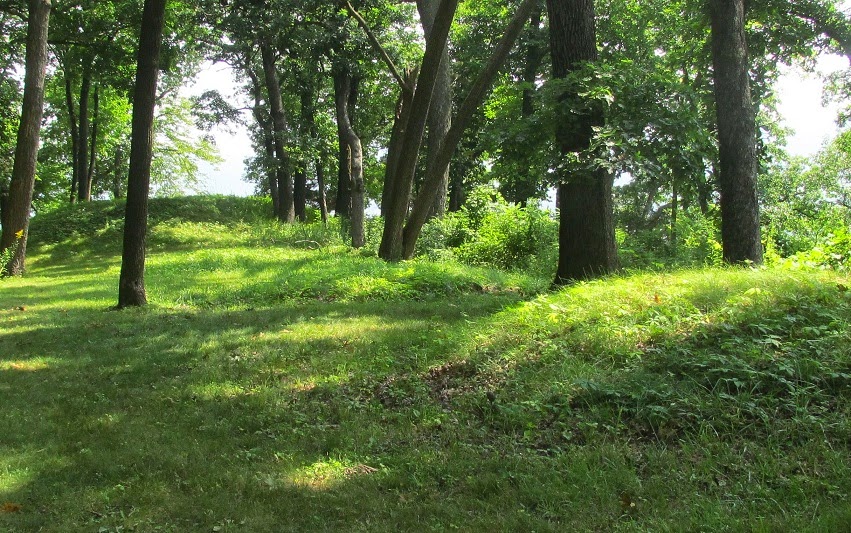 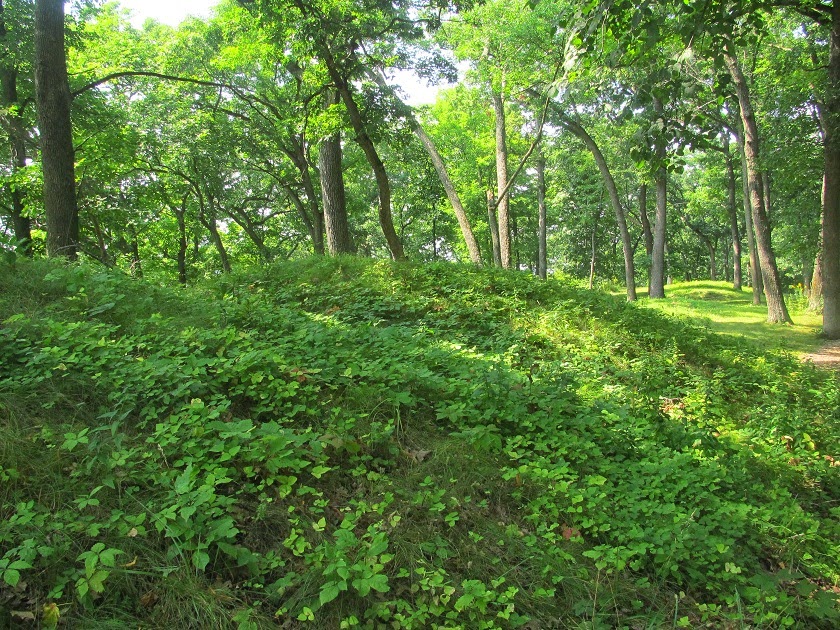 Perched high atop the bluffs, it seems like a nice place to honor the dead. 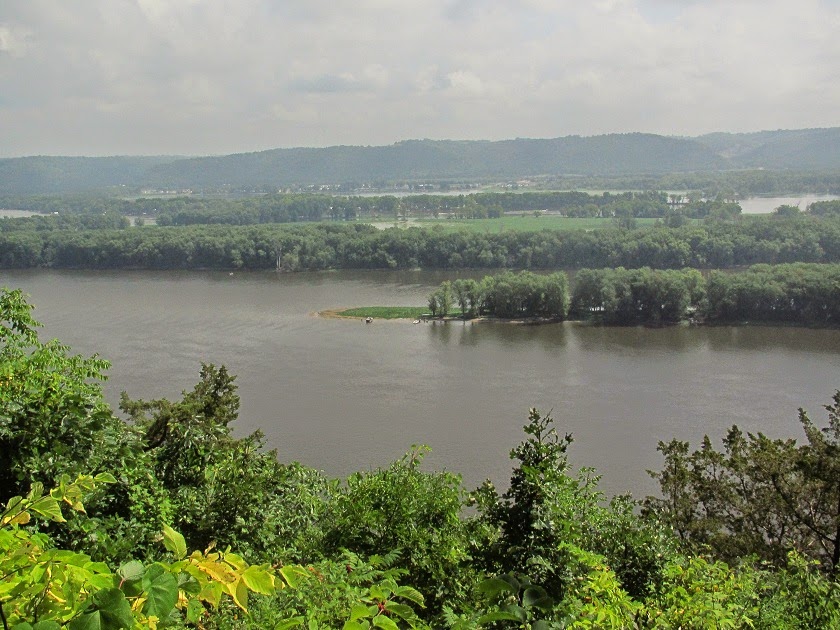 The views of the Mississippi were lovely, but you could just see all the humidity in the air. 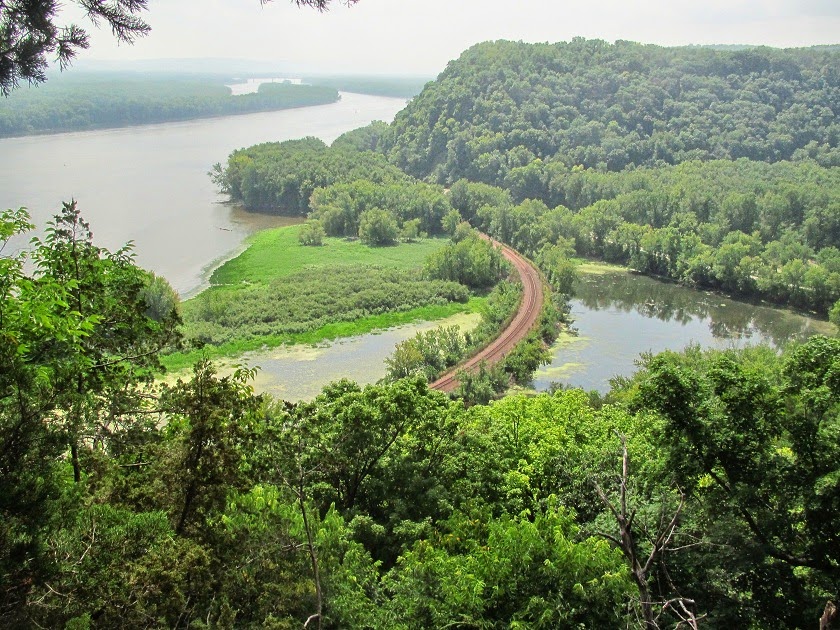 Along the trail, this artistic-looking toadstool (?) grabbed our attention. 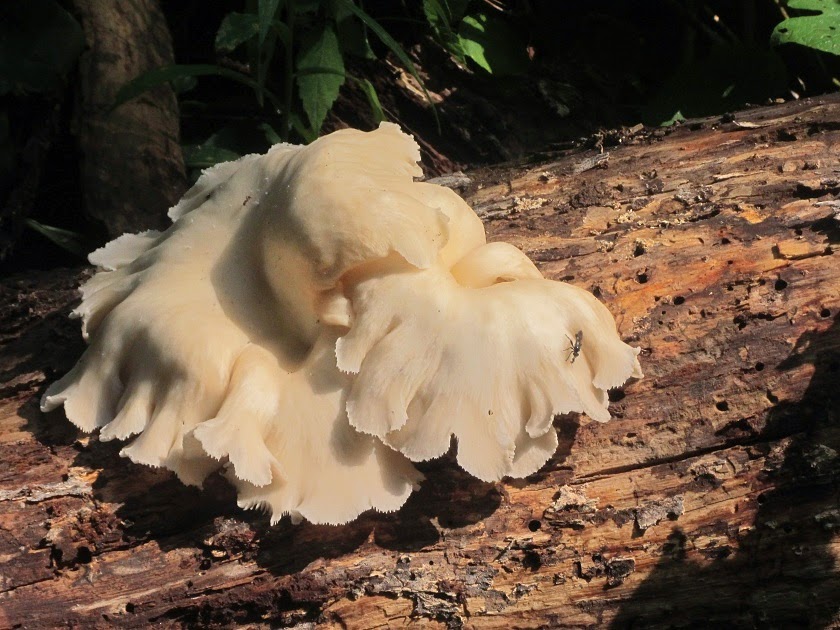