Newport prides itself on being the 'Friendliest City,' and I have to admit the people really were welcoming.  From the medical center personnel, which I visited for excruciating lower back pain, to the Elks members, they were exceptionally nice.  (My back is feeling better now, thanks.)  We were at the Newport Elks over the holiday weekend and could watch the city fireworks right from our RV. There was a wedding reception at the lodge on Saturday, and we were even invited to attend!  We declined since that seemed just a little too weird.

The wonderful lady at the visitors center wasn't even supposed to be there, but decided it shouldn't be closed on a holiday and came to work.  She was terrific at suggesting short hikes for us.  The first was a pretty woodland hike that began at Agate Beach.  It was called the Ocean to Bay Trail.

We started at the Agate Beach parking lot and, as soon as we crossed under hwy 101, we were in the woods. 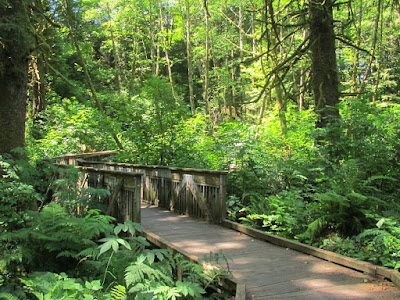 We only went about a mile before turning around.  Obviously there was a lot of work done on this trail.  Just look at the detail on this bridge! 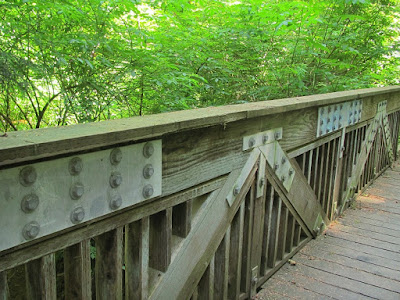 After our refreshing stroll, we drove north to see more coastal sights.  Yaquina Head Lighthouse is Oregon's tallest at 93 feet.  Now this is what a lighthouse should look like. 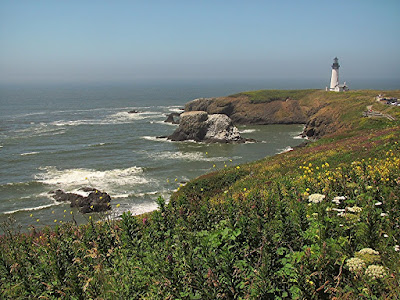 It continues to operate with its original lens. 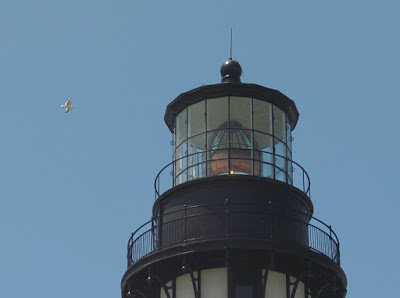 There was a naturalist in the parking lot with a scope on a resident peregrine falcon.  That was cool.  Sorry no picture.

Just offshore is one of the largest common murre colonies on the coast.  This is just a small sample. 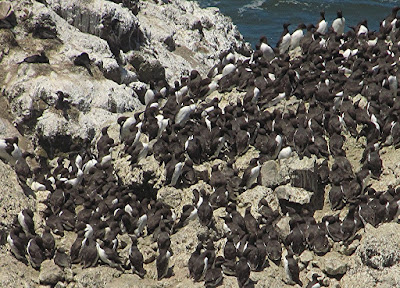 (I think there are a few cormorants in the upper left of this picture.)

We stopped at the Cape Foulweather viewpoint where the best place to take a picture is through the window inside the gift shop. 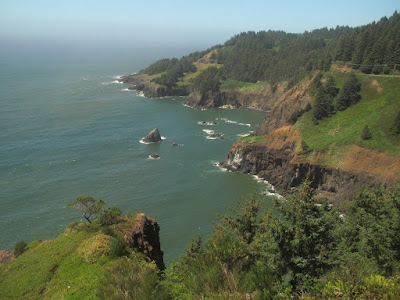 The tree atop this rock must be 30 feet in height.  Amazing. 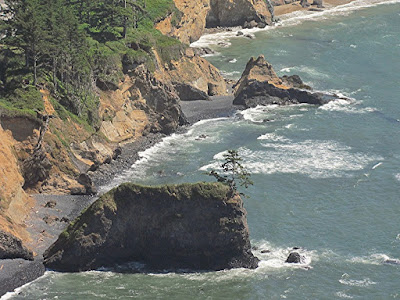 And we stopped at Devil's Punchbowl, which requires more talent that I have to photograph.  The punchbowl is that hole on the right and the waves enter through two arches.  The water swirls madly around, especially at high tide. 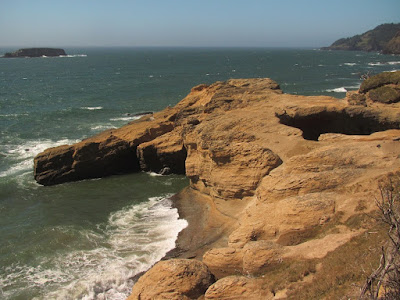 Another day we hiked the Mike Miller Trail, located about a mile south of Newport.  It was an interesting one mile loop which climbed over forested sand dunes, into a forest of beautiful sitka spruce. 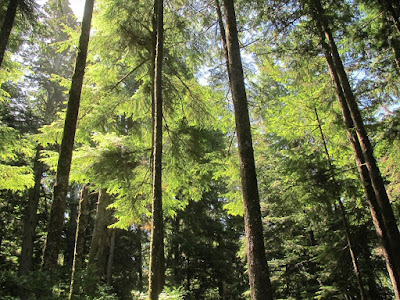 On our way home, we stopped to view another of McCullough's fabulous bridges, the Yaquina Bay Bridge. 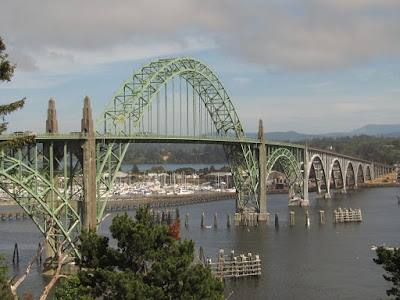 And the Yaquina Bay Lighthouse which was built in 1871, but only used for three years.  In 1996, it was made operational again.  What the heck did the poor ships do in the intervening 122 years?  Maybe if we had taken the tour we would have found out. 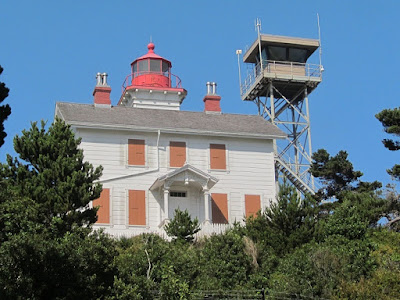