Our first stop in Washington was interesting Long Beach Peninsula. 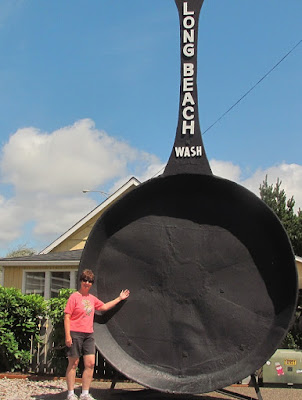 At less than 5 miles wide, about 20 miles long, and located between the ocean and Willapa Bay, I pictured the peninsula with high rise condos and cheesy motels.  There is none of that.  And, although the town of Long Beach is definitely a tourist area, the rest of the peninsula is not.  I was surprised to see so much forested land.  The little town of Ocean Park, where we stayed at the Moose, was a typical small town that you would see anywhere.

It is a good area for growing cranberries and the museum is much more interesting than I expected. 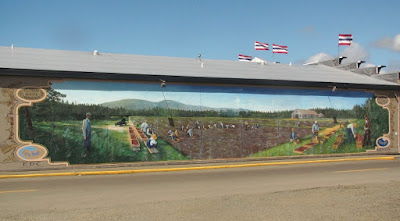 We happened to be there during the Sandsations Sand Sculpture Contest.  What fun!  On the days leading up to the main event, there were sand sculpting demonstrations where one could ask questions and learn the process. 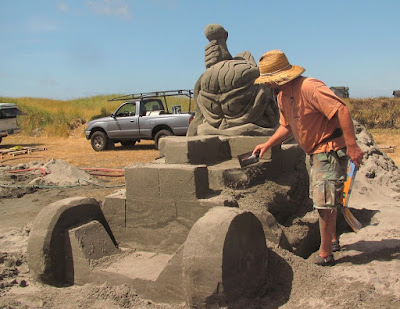 I didn't ask anything, but it was obvious that this procedure is the opposite of your normal sand castle building.  These guys start with a pile of sand and carve and shape it, hence the 'sculpture' in the contest name. 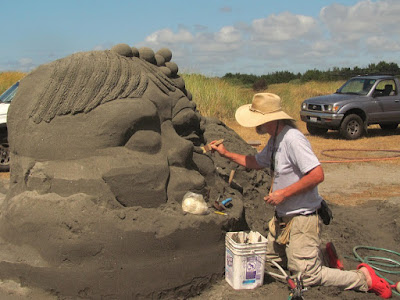 We promised ourselves that we would return for the contest on Saturday, but meanwhile we had more to see.  It was a gorgeous day and we were off to Cape Disappointment State Park.  Unlike Captain John Meares, who named the headland in 1788 to reflect his feeling on not discovering the Northwest Passage, we were not disappointed.  We walked on Benson Beach for a view of North Head Lighthouse. 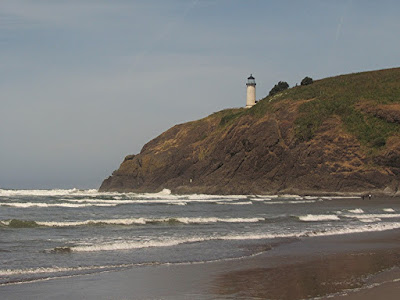 I tried to convince Ron that this piece of driftwood with its encased rocks would be a wonderful addition to our yard in Mesa.  He SAID it was too heavy. 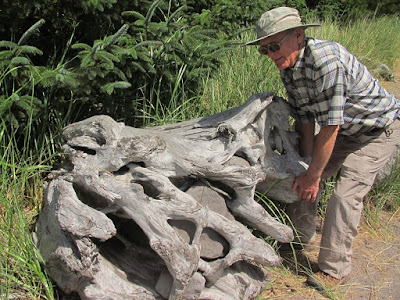 This darling fawn seemed to be interested in us. 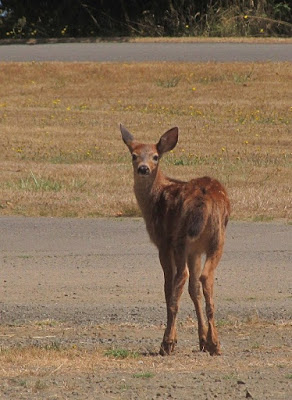 We hiked the 1 1/2 mile Coastal Forest Loop Trail.  Not my favorite, but it did have this nice viewpoint. 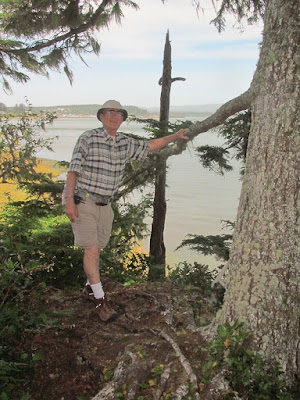 We enjoyed Waikiki Beach with its view of Cape Disappointment Lighthouse and didn't even have to fly to Hawaii. 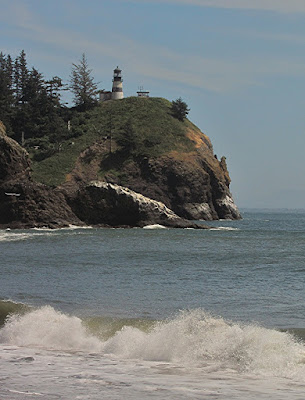 On Saturday we returned to the beach for the sand sculpture contest.  The entrants had between 10 and 2 to create their masterpieces, with judging to be done at 2 before the high tide would wipe out their efforts at 4.

We went about 11:30 because we had to make the 25 mile trip back to Oregon for a 2 o'clock appointment at Costco to get tires on the car.  First we enjoyed the finished demo sculptures from the previous day.  These were along the road out to the beach and way above the tide. 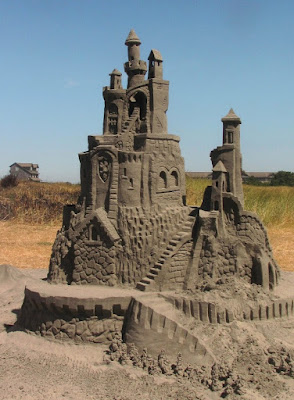 And these are the two that were works-in-progress in my previous pictures. 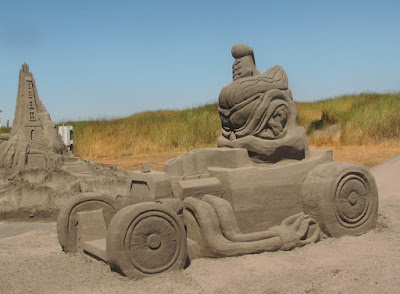 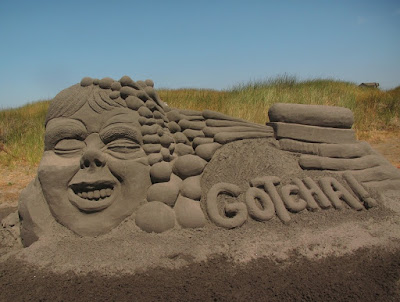 When we arrived at the contest site, my first thought was that these people were never going to be finished in two hours. 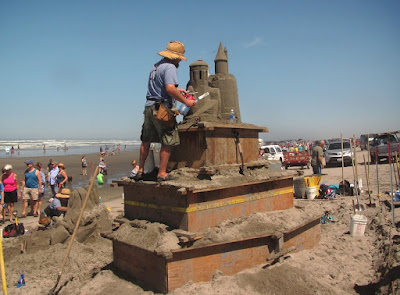 Most of the participants didn't seem to be worried about the deadline, but this group was really working, although with little noticeable results. 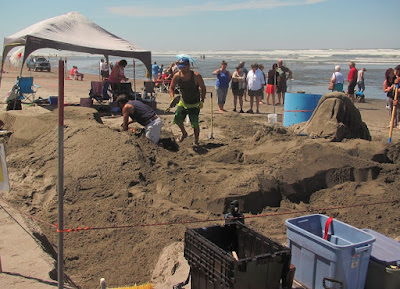 I liked this kid who was creating without any adult help. 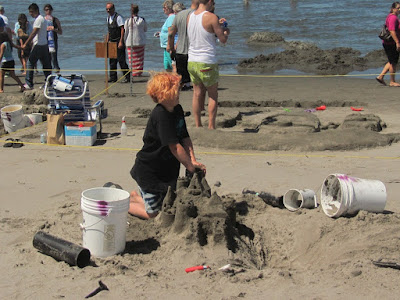 At one point, we heard the judging had been moved up to 12.  We could understand the change in schedule since the water was obviously approaching.  I thought they could predict these things.

I call this one, "Rearranging chairs on a ship that's going down." 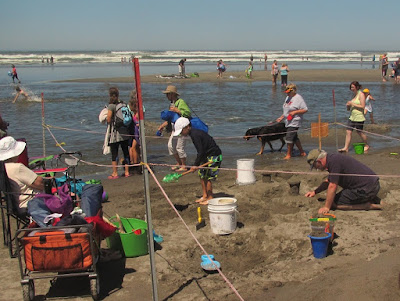