We spent one night at Trucke's RV Park in Seaside.  My Allstays  app said they had w/e sites and a dump, but when we checked in, we were told the bad news that the dump was closed.  The electric only site for $25 was a little high, but the location was good.  The worst part was that after six days dry camping in Tillamook, we really needed to dump.  TMI ?  BTW, I have been sending in corrections to Allstays, but have yet to see one be made.

Besides walking along the Seaside 'promenade' - their fancy name for a concrete boardwalk - we had to hit Cannon Beach for a look at Haystack Rock.  We got a bit of exercise since the parking was pretty far from the attraction. 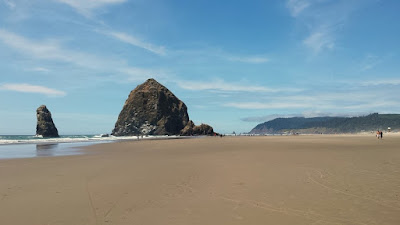 Haystack Rock is a 235-foot monolith, known as the nesting site for many sea birds, including puffins! 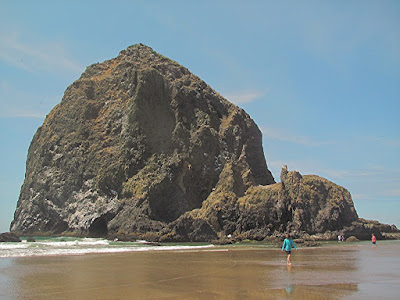 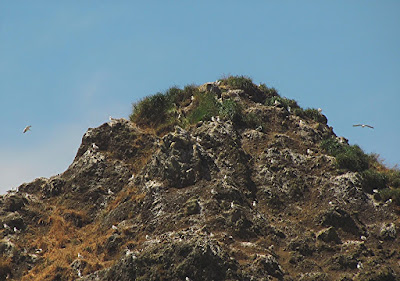 We weren't willing to walk through the water to get closer, but we didn't see any puffins through our binoculars. 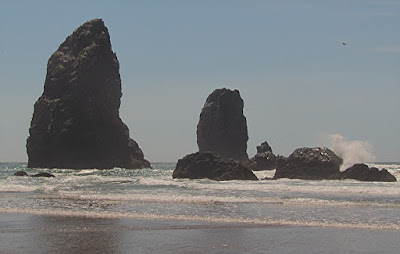 And the view looking inland is pretty too. 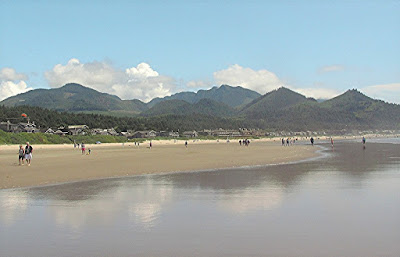 I'm the first to admit that Ron and I don't eat at 5-star restaurants, but I have to show you our dinners from a little place attached to a motel in Tillamook.

This is my salmon.  Classy, huh? 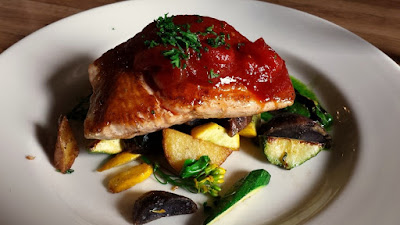 And here's Ron's crab ravioli.  Not as  pretty as mine, but he said it was very good. 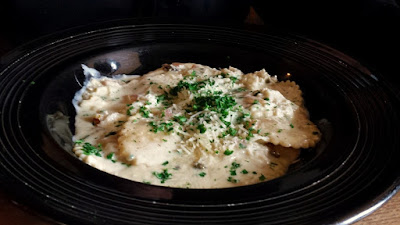 All this from an unpretentious place called Pacific Restaurant.