Yesterday when we left our parking spot outside of Needles, I had to take a picture of Church Rock with the snow-capped La Sals in the background. Those two days of cold and rain that we endured had a benefit - first snow on the mountains. Now's the time to hike up to Delicate Arch at sunset and get that perfect picture. 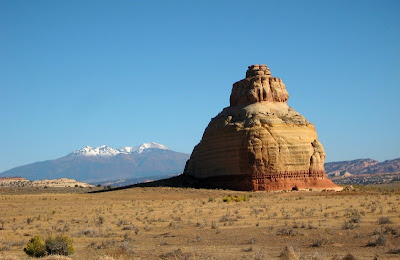 But we are heading south. When we stopped for groceries in Blanding, I took this for Diana. She just loves rusty stuff. (I had to crop the heck out of it because of background signs.) 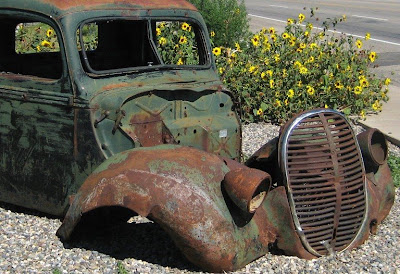 We continued south to Goosenecks State Park. As soon as we arrived, Ron went to work on the rocks in the road. He has his job cut out for him. 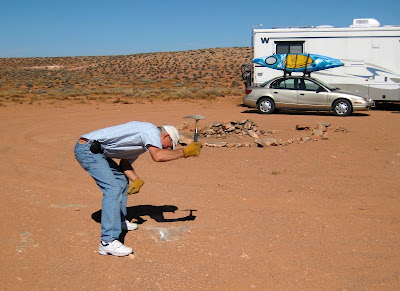 Rocks notwithstanding, Goosenecks is one wonderful place. The San Juan River has cut a thousand foot canyon in this area and winds back and forth in what the fanciful call 'goosenecks.' Ron captured one of the 'necks' this morning so you can get the idea. 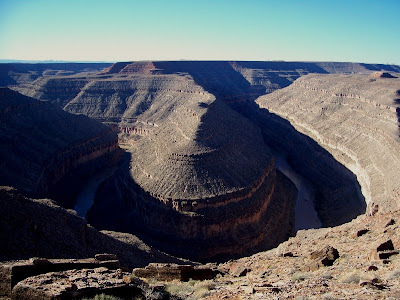 Besides being a geological wonder, it is also a boondockers' paradise. You can set up camp anywhere you want, even right along the rim, but we saw what happens along the rim. Luckily the rocks just seem to break away instead of rolling 1000 feet down to the river. 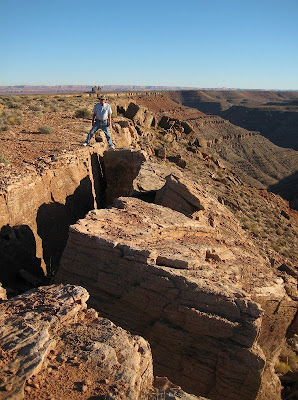 The two guys in this car must believe in living life on the edge. This is where they parked and slept overnight. They did put rocks behind the wheels, but that still wouldn't make me feel secure. 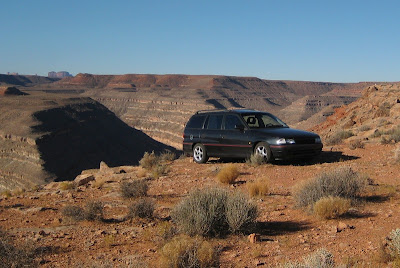 Today we took a day trip to Natural Bridges National Monument. We drove up the side of the mesa on what is called the Moki Dugway - six miles of 10% grades and 15mph switchbacks. Very exciting even in the car! 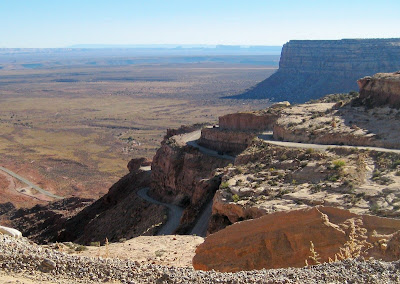 The area around Natural Bridges is rich in human history, having been repeatedly occupied and abandoned from 9000 to 700 years ago. The monument consists of three major natural bridges which are some of the largest in the world. When we arrived, our plan was to hike down to each bridge. We started with Sipapu - 220 feet above the (now) tiny stream that formed it, with a span of 268 feet. It's only 6/10 of a mile down from the canyon rim, but with a 500 foot elevation change. We climbed down three ladders, all made with authentic tree branches and ancient bolts. (Those bolts really looked shiny for being that old and who knew prehistoric people had iron railings?) 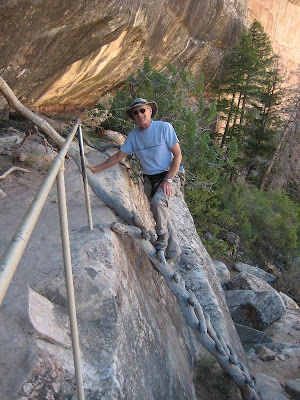 When we reached the bottom, we realized you can't take a picture of this huge bridge from under it. So we worked our way back up lots of steps trying to find the perfect spot. 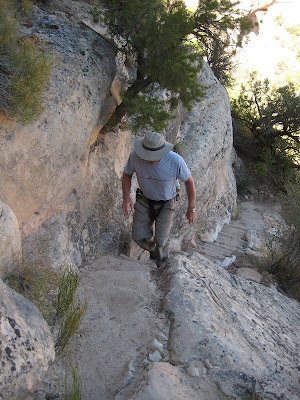 We must be getting close. 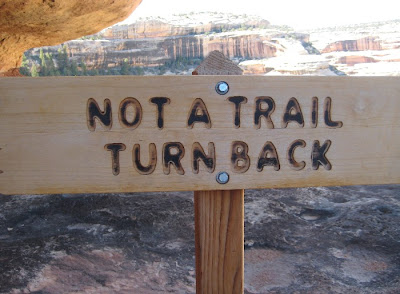 Well, this is the best of the lot. It's hard to imagine the size and they don't allow people to climb on the bridges. :-) 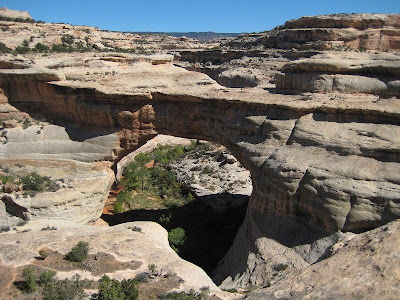 With the second bridge, Kachina, I just gave up on getting a good shot. It sits at a junction of two canyons and is pretty hidden from the overlook. We decided to pass on the trail down, figuring it wouldn't get any better. Later, we heard there was some nice rock art on the bridge, so I don't want to discourage anyone else from doing it.

The third and final bridge called Owachomo was the easiest to access with the most incentive - the sun was on the other side. I think it was only 1/4 mile down and the elevation change was a lot less. 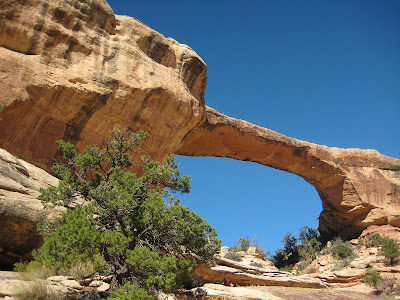