Last Sunday we took the McKenzie-Santiam Tour Route. We began with breakfast at a restaurant in Sisters. After all, it was Sunday.

On the way to town, we stopped at the Mt. Washington viewpoint. It has a different look for the Cascade Mountains. 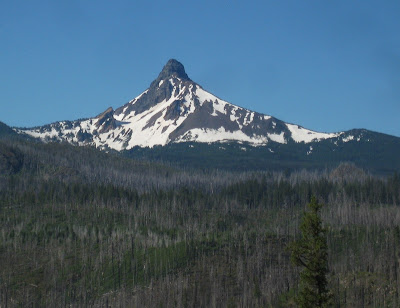 At the McKenzie Pass is a cool structure made of lava - the Dee Wright Observatory. It has a great view of the surrounding lava fields and mountains. 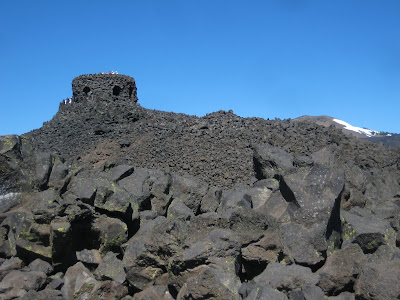 Here's Ron with North and Middle Sister. The little bump to the right is Little Brother - no kidding! 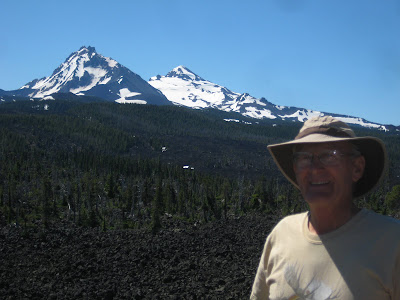 There are also several waterfalls along the route. This is Koosah Falls. According to the handout from the visitor center, it's supposed to be divided into two falls, but with the water volume currently so high, it filled in the middle. 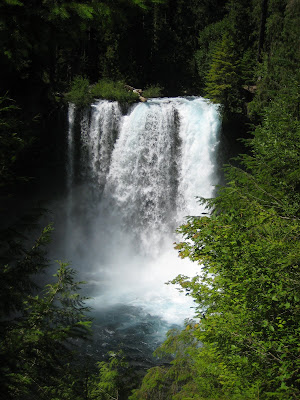 From there it's a short hike along the roaring McKenzie River to Sahalie Falls. And here it is - another massive flow of water falling 100 feet.


Whew! It makes me a little dizzy. 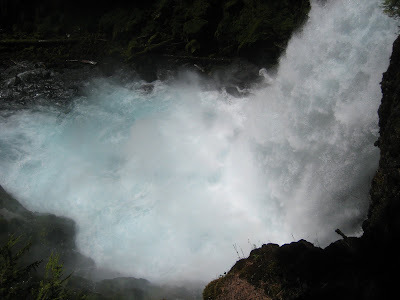