Our next move was to Oregon City, the oldest incorporated city west of the Rockies and the end of the famous Oregon Trail. The trail was 2040 miles long, passed through six states and was used by an estimated 200,000 brave pioneers from 1843 to the 1860s. 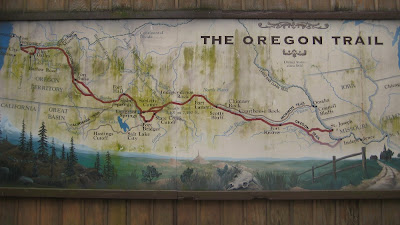 Boggles the mind, doesn't it?

We stayed at the Oregon City Elks Park which is about 15 miles south of Oregon City and right along the Mollala River. Nice. 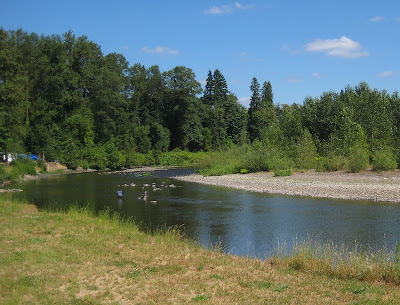 But the road in was a horror. We would have appreciated a little warning, but when I called to check for an available spot, the campground host didn't say a word. The road was one lane, twisty and hilly with no visibility of oncoming traffic. If we had known, we would have unhooked and I would have driven ahead to block traffic, which is what we did on the way out. But once we had committed ourselves, it was too late. 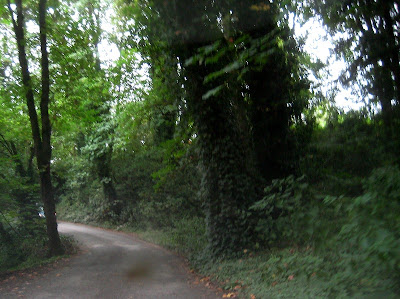 Luckily, the road wasn't very long, but once again, we didn't know that coming in.

Once we stopped shaking, we took the car to Oregon City to see the 'End of the Trail Interpretive Center', listed as a 'gem' in the AAA book. Surprise, surprise, due to the economy it was closed. BUT at the visitors center, we found out there is a free trolley that takes visitors around town. Did I mention it is free? 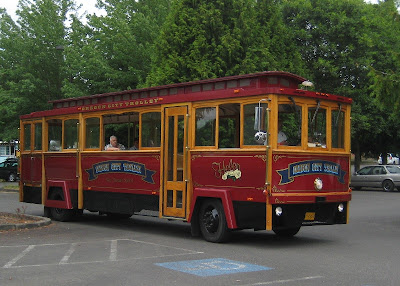 The driver was great, entertained us, and pointed out points of interest. This was my favorite historical house. 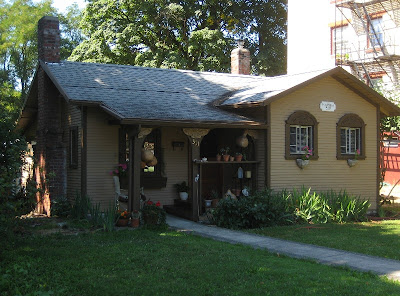 He even waited while we checked out Willamette Falls and the very unique dam on the Willamette River. 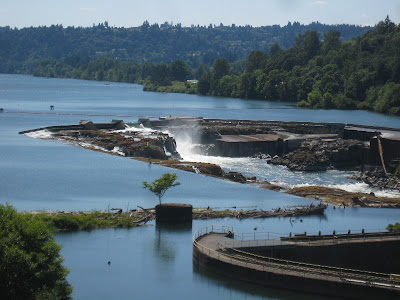 After the tour, we took the only vertical street in North America, Elevator Street. In Oregon City's early years, most of the city was located at river level. But as the city grew, houses were built atop the 90 foot bluff. In 1915, the first Municipal Elevator was built to carry pedestrians and bicyclists between the two town levels. It was replaced in 1955 with the current elevator. And did I mention it is free? 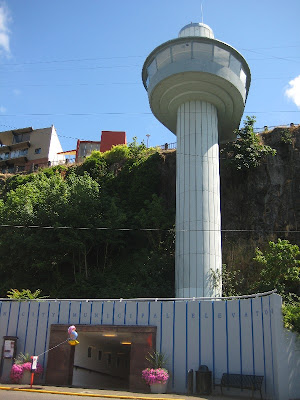 There is an observaion deck at the top with great views of the surrounding city and the Willamette River. It also has panels with pictures that change as you move past them. What I found interesting was that most sets of them showed views of the same scene from years ago and recently.

Here is the set showing 7th Street from the bridge to the elevator. Look at the old cars and original elevator. 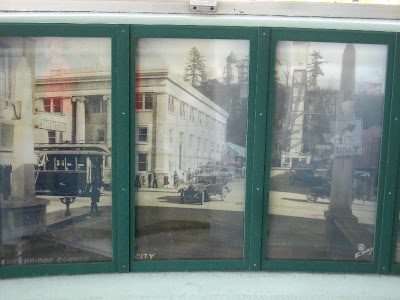 Compared to the more recent scene and the new elevator. 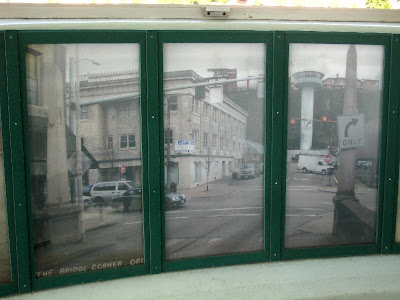 I also thought it strange that it looks like the same 'right turn only' sign in both pictures. That must be one well made sign.
Posted by Barbara and Ron at 8:59 PM