We moved on to Napavine, WA, where we stayed on property owned by Jerry who is a former WIN. It's amazing but he looks just like he did 10 years ago when I first met him. I wish I could say the same about myself.

We had our normal fun time with the rest of the WINs, but we also attended the 69th Annual Loggers' Jubilee in Morton, WA. This event celebrates the long history of logging in the Pacific Northwest and is the most entertainment you can buy for $5!

The day began with bed races between the girls of the area schools. Those girls really flew down the street. 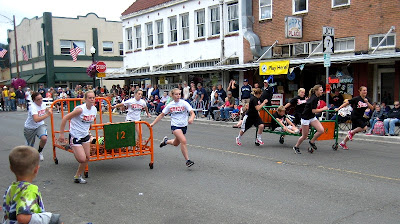 Each bed had a trusting boy riding along. This one just had to see where he was going - maybe not so trusting. 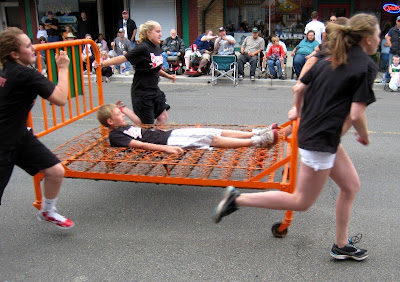 Then it was time for the parade. Ted snapped this picture of Ellie, Joanne, Carolyn, me, and Ron waiting for the start. I just had to laugh because it looks like we can't decide which direction to watch for it. 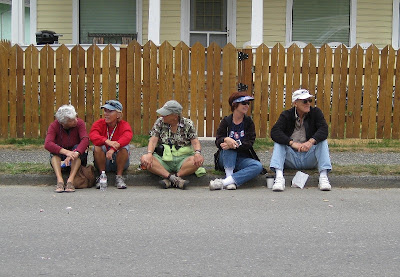 Ah, here it comes with a most unusual color guard. Aren't they WW1 uniforms? 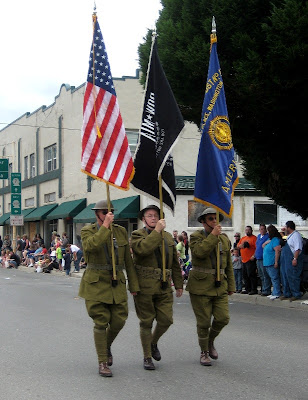 This superhero's horse moved forward when he bounced. That must have been quite a workout. 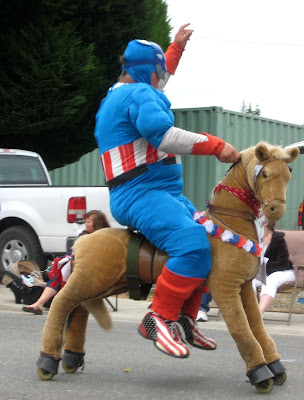 The Shriners made their usual splash, or bang in this case. That dummy really flew out of the cannon. 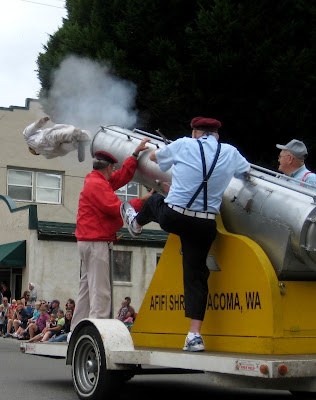 And you never saw so many logging trucks, but it was the theme of the parade, after all. 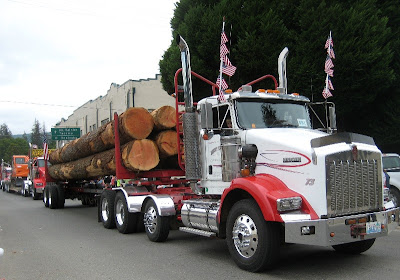 I liked the artwork on the side of this truck. 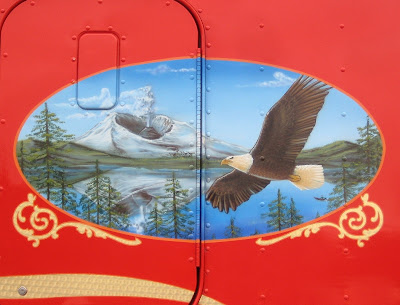 After eating some unhealthy food at the vendor booths, we made our way to the arena for the main event. The raising of the flag was especially moving with twisted steel beams from the World Trade Center on the truck behind the flag. No, we will never forget. 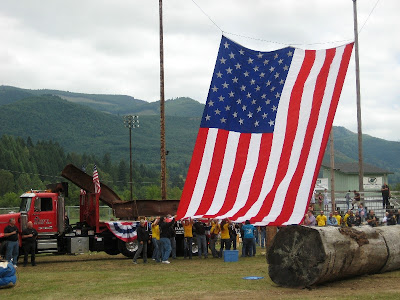 Although I'm not sure of the event names, I think this was the 'tree climb' - a race to climb an 80' pole and zoom back down. This contestant did the climb like he was walking on level ground.


This is the 'horizonal chop.' I'm posting this for two reasons: 1 - Look at the flimsy shoes these guys wear. Where are the steel-toed boots? and 2 - He was the only one with a nice plaid lumberjack shirt on. That was before they made him change into the contest t-shirt. 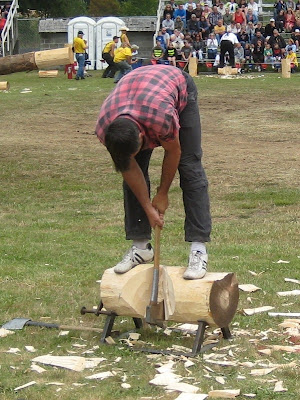 This was the 'single buck' event. Each man had a really long saw and a helper who placed a wedge into his cut and oiled the saw.


The next two are the 'springboard chop' where the logger cuts a notch in the tree, slaps in a spingboard and jumps up on the board - twice! 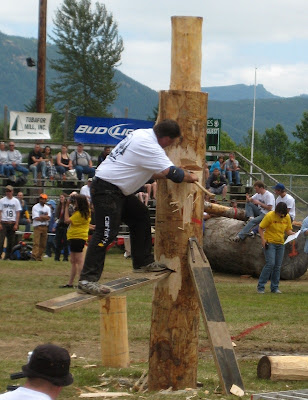 Then standing on the second springboard, he chops through the log attached to the top. 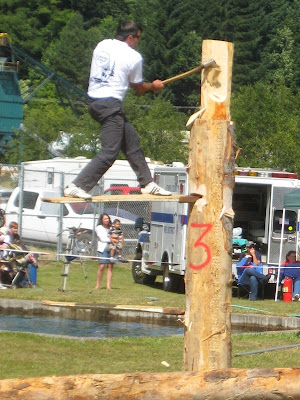 There was a clown who made us all nervous when he climbed up the 80' pole and, at the top, juggled, did a handstand, and generally goofed off. Then his wife 'shot' him and he 'fell' off the pole. Of course I missed the beginning of the fall. I do wish they would announce when to start filming.


And I don't know the name of my favorite competition but I'm calling it the 'Log Run'. Check out the balance, speed, and skill required for this event.