And really, what would life be without a new experience now and then? This one happened when Ron and I moved north to Mt. Vernon, WA, to join our friends at the Skagit (rhymes with gadget) County fairgrounds.

Fellow WINs Ron and Patty have been living in the area all summer, enjoying Ron's boat. They went above and beyond on the hospitality by taking all of us out for a day of crabbing, six at a time. It took three days to give everybody a turn. 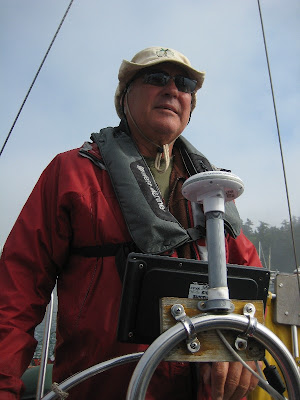 It was pretty foggy when we motored out, but Ron had lots of lookouts. 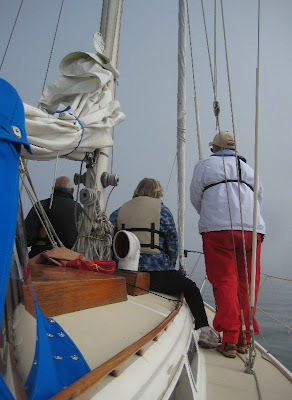 Whoa, what's this? Looks like some kind of ghost ship. 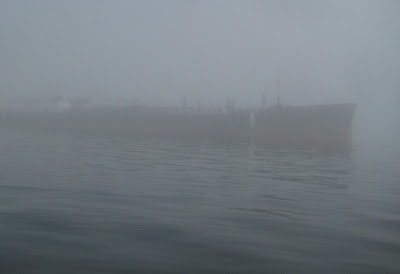 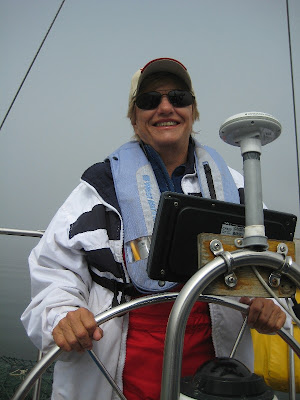 I couldn't believe the number of crabs that we caught. I was so shocked that I forgot to take a picture until half were out. Even with throwing back all the females, which most of them were, we ended up with 10 legal-sized crabs out of two traps. 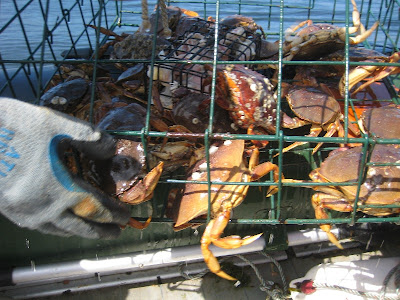 I thought I was holding it as instructed, but this one still scratched me. 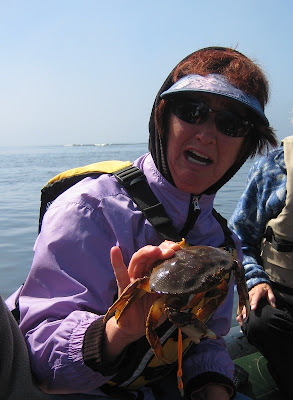 Charlotte is fearless and took control of this monster. 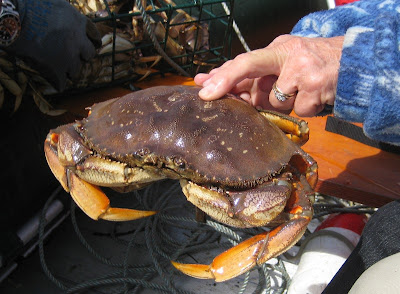 The fun really began when the crabs started escaping the cage and running all over the bottom of the boat. No pictures, sorry, I was too busy screaming like a girl.

Ron uses a clever method to kill them - one quick chop in half. Seems much more humane than throwing them in the boiling water alive. Here Diane tries the technique. 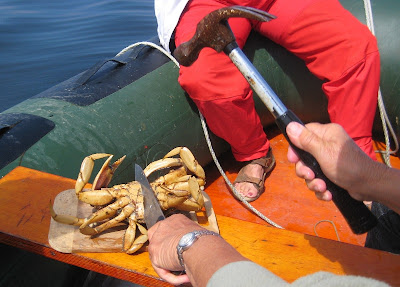 Then he cleaned them right on the boat. This guy was hoping for a taste. 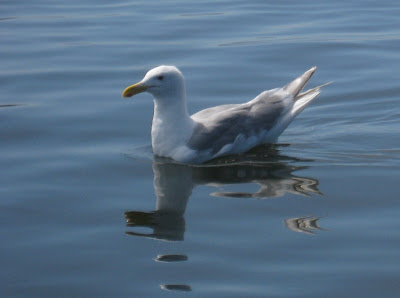 We took our catch to Saddlebag Island, which is a state park, where Ron proceeded to cook them in a big pot with a propane gas burner that he had brought along. What a guy! 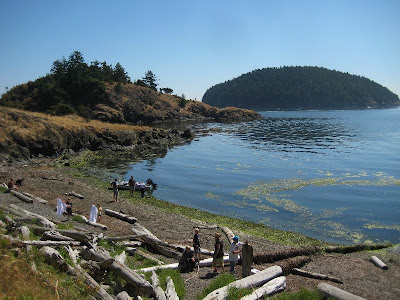 We all agreed that it was a memorable day. We can't thank Ron enough for giving us this once-in-a-lifetime experience.
Posted by Barbara and Ron at 10:55 PM