This year we decided to stop in Albuquerque for the spectacular International Balloon Fiesta.  Ron had never seen it and it had been years since I was willing to brave the morning launch traffic.  Luckily our friends Bob and Donna told us that the Escapee Boomers reserve 50 RV parking spots near the launch field and, since we are Escapees, for a mere $45 a night we could join them.  We called Judy who still had a couple of spaces and couldn't have been nicer to us last minute RVers.  I couldn't believe our luck which I think was because she had some cancellations.

This year the fiesta ran from October 1-9, but I checked the online schedule and we decided to arrive Tuesday and leave on Friday.  As I'm sure I've mentioned, I am not a morning person, but on Wednesday, we were up and on our way before dawn.  We started to walk to the field, which, although technically just across Alameda Boulevard, is actually about a mile away, but a very cheerful shuttle bus driver stopped to pick us up.

Wednesday morning is the Flight of the Nations Mass Ascension which begins with balloons from each participating country carrying their country's flag. 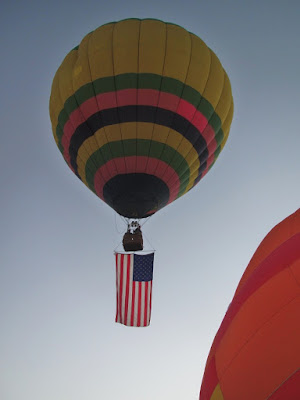 On Thursday and Friday, the special shapes balloons are showcased, but there were plenty to see during the mass ascension also.  I was amazed by this triple bird balloon. 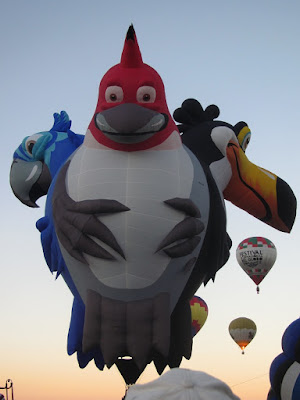 I was calling this guy the Hamburglar, but I found out later that it's Conair. 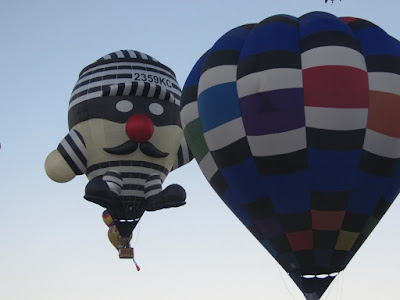 This one just made me hungry. 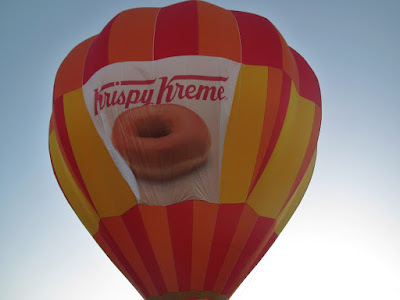 I don't know if the cow is the largest since many of the special shapes are huge, but check out the size of her hoofs compared to the spectators.  It takes a long time to fill up. 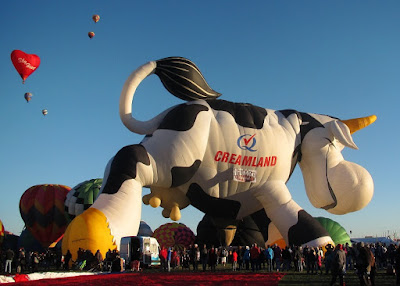 But finally she took off. 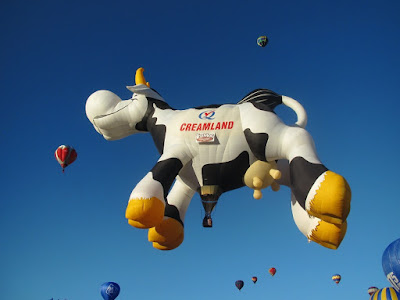 Yoda and Darth Vader were more of a normal balloon size. 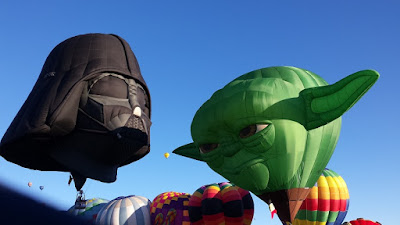 Being on the field with all the balloons is an amazing experience. 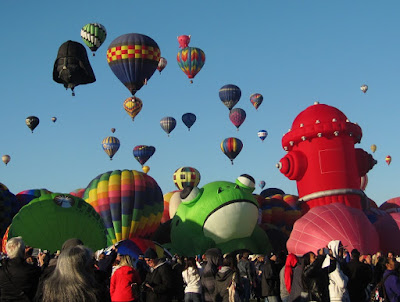 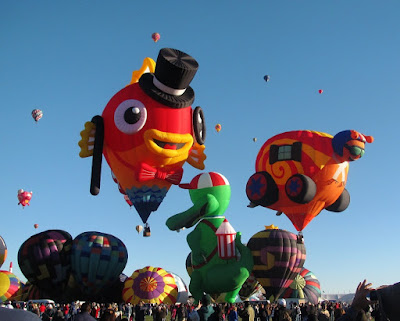 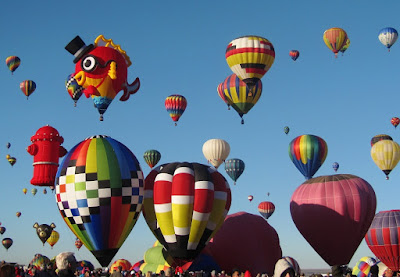 The phenomenon known as the Albuquerque Box was working perfectly that day.  The balloons take off and drift to the south.  Then they go up into a different air stream and head back north.  We saw the same balloons multiple times. 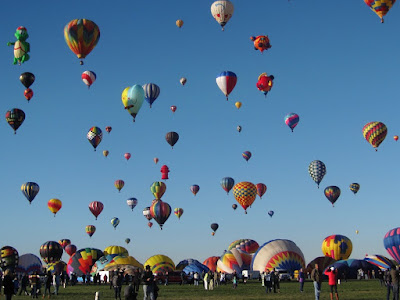 Some of the special shapes seemed to miss their window of opportunity and never did take off.  At first we wondered what this was. 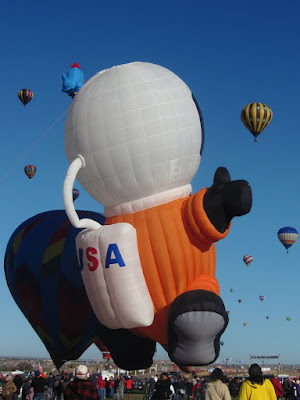 But when we moved around, the astronaut was obvious.  He even has a reflection of the earth on his face shield. 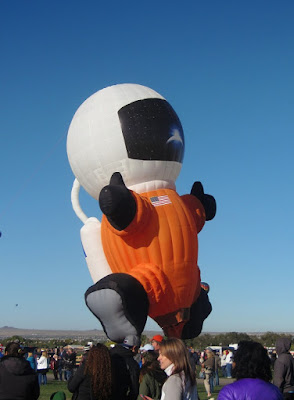 The hugging bear and elephant were super sized also. 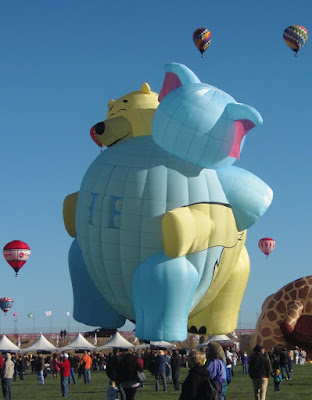 And who wouldn't love this sweet giraffe? 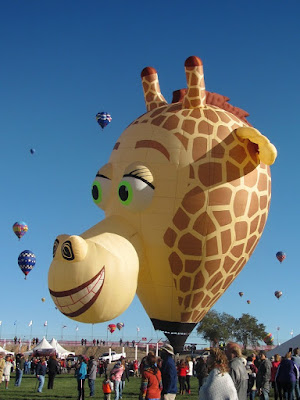 In the afternoon we visited Albuquerque's Old Town where we saw everything balloon related. 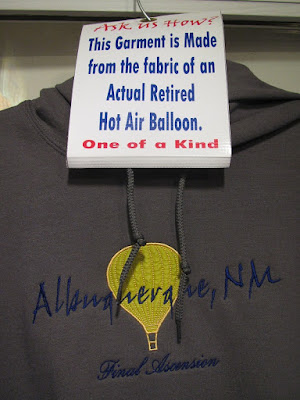 That evening, after enjoying a potluck with the Boomers, we admired the sunset on the Sandia Mountains out our front window. 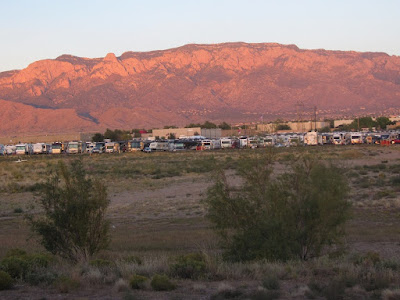 We heard that sandia means watermelon in Spanish and the name comes from their color at sunset.