On our way to Silver City, we stopped at the Gila Wilderness overlook.  In 1924, this was the first National Forest area to be so designated.  Looks pretty wilderness-y. 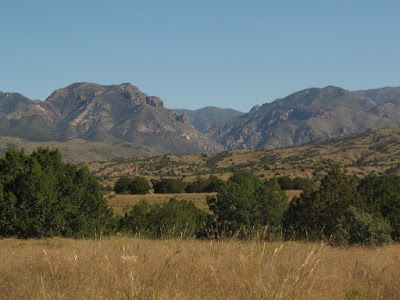 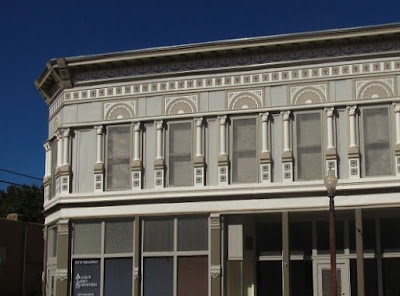 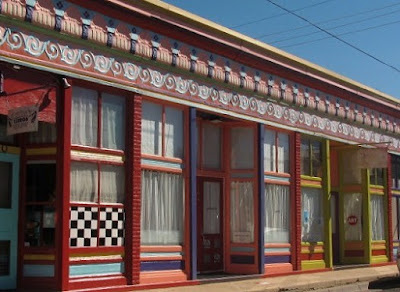 I loved the mosaic murals on this old building. 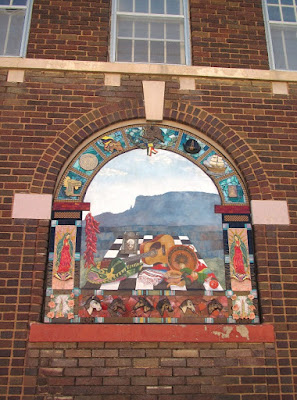 Although it was 40 miles away, we knew it was probably the closest we’d ever be to Gila Cliff Dwellings National Monument.  Most of the drive was through heavy forest, but there were some nice views. 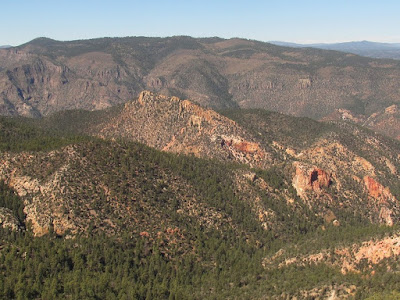 Once at the national monument, we took the 1-mile loop to see the cliff dwellings. 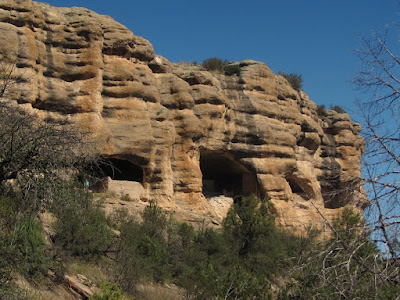 There are about 40 rooms built inside five natural caves.  According to the dating done on the incorporated timbers, they were built between 1276 and 1287.  However they left about 1300.  Seems like a lot of trouble for such a short amount of time. 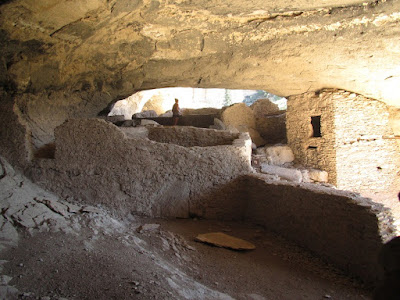 What I found most interesting is the fact that much of the ruins is in original condition.  For instance, this entire two story tower is original except the section between the two doorways and the section they put in the bottom door so kids wouldn’t crawl into it. 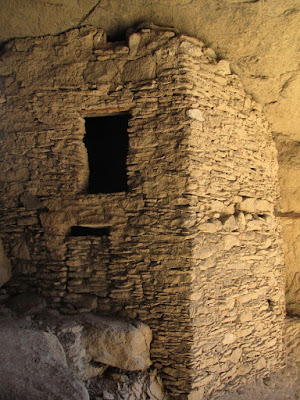 They had a pretty view. 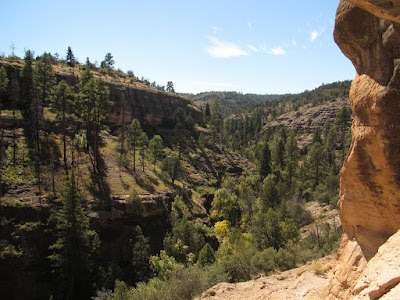 We took the ladder challenge to exit the caves.  There was an option with steps, but what fun would that be? 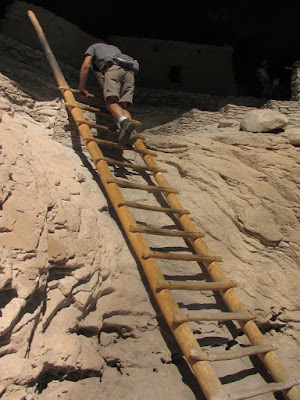 Back down on valley level, we found various pictographs, which were painted with a mixture of water and powder hematite according to the sign.  This one was very involved. 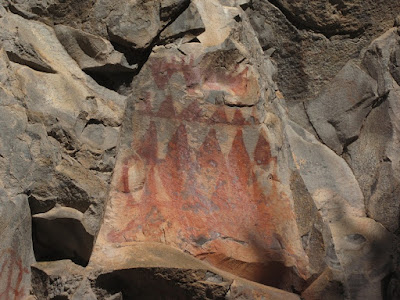 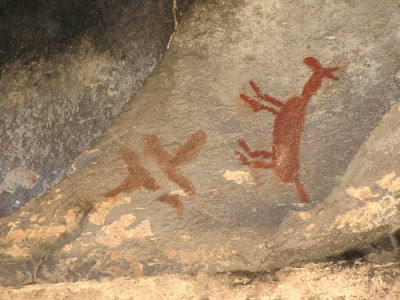 But I had never seen a hand done with a spatter paint method like this.  Adds credibility to my theory that kids did them. 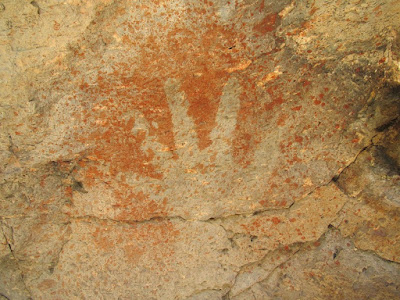