The Forest Service Ranger Station in Pagosa Springs had impressive handouts on hikes in the area as well as roads where dispersed camping (parking on public land) is allowed.  One day we decided to drive up the Piedra River Valley to the end of First Fork Road and hike the trail from there.

Here's the Piedra River from our starting point, 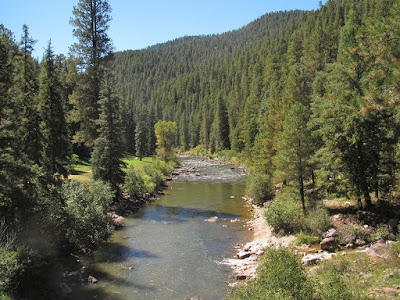 Where I got another really poor picture of waterfowl.  This time they were common mergansers. 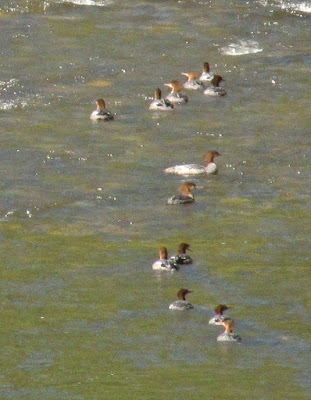 We were expecting an easy hike along the river, but instead the trail immediately climbed. 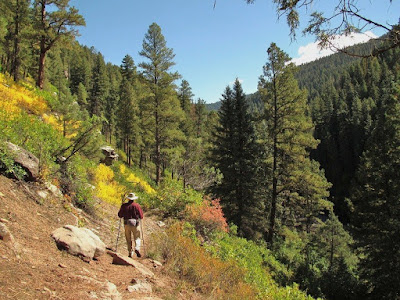 But who can complain on such a gorgeous day?  The vegetation and rocks were pretty, 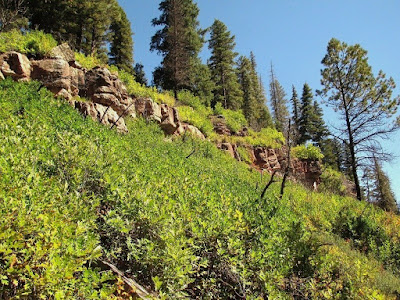 And there were lots of views of the river below. 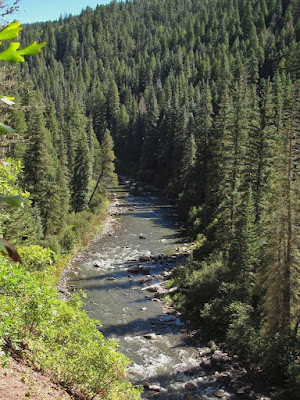 We came upon this grouse (probably a blue grouse) and it was hard to tell which of us was more surprised. 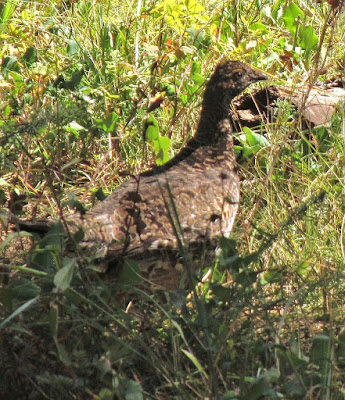 After about two miles, we took a fork down to a campsite along the river.  How pretty.  I always say I like the idea of backpacking, but I'd never actually do it. 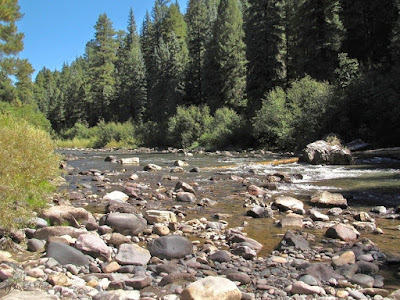 We turned around there and headed back.  It was a little early for fall color, but these yellow bushes were putting on quite a display. 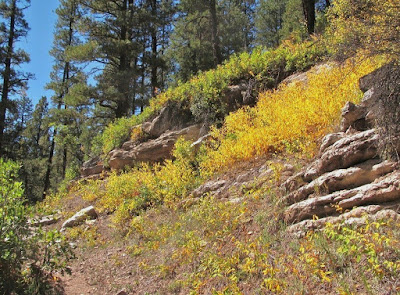 Although I think they were surpassed by the pretty patches of poison ivy! 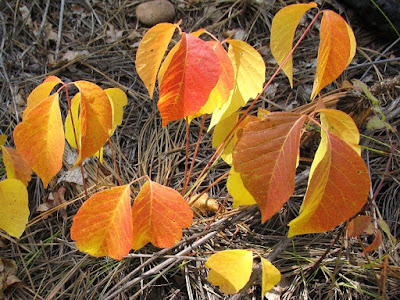