Chimney Rock, near Pagosa Springs, is another new national monument as of 2012.  In my opinion, it’s still having some growing pains.  Unlike other national monuments, the golden age or senior pass is not recognized for the tour and there is very little you can do without taking the tour.  There was a park ranger there who listened very politely to my opinion and she said her boss agreed with me and that, as of next year, the pass will be good for half-price tickets.  She also said they were working on putting in hiking trails, but that would be awhile.

However, the tour was very good.  We drove up to the upper parking lot, then climbed up to the protected archaeological site. (Looking back down the trail.)

I really felt on top of the world.  You could understand why the ancient people picked this place. 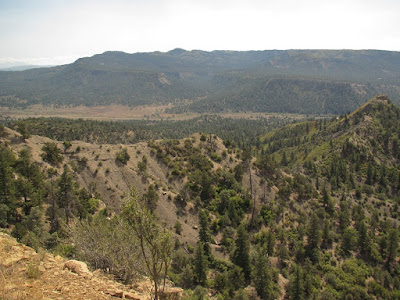 Looking the other direction, the controlled burn was very obvious. 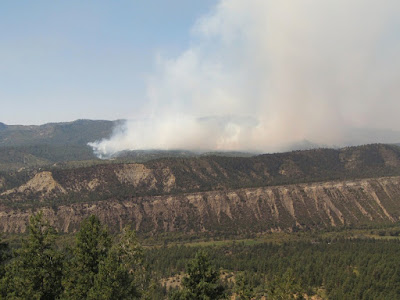 I liked the swirling grain of this old stump. A thousand years ago, this site was home to the ancestors of the modern Pueblo Indians. Some of the area has been excavated and partially restored. 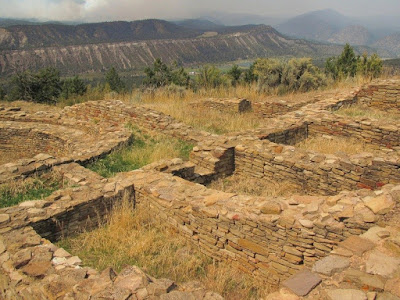 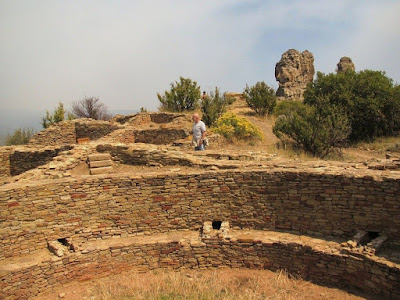 But I always want to know what is original.  This section is exactly as it appeared when excavated.  Fascinating. 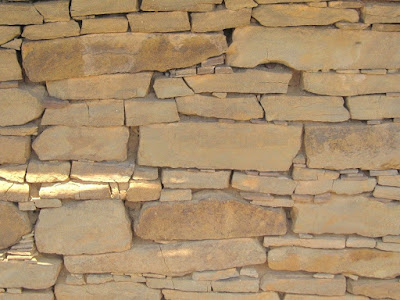 On the right is Chimney Rock, with Companion Rock to the left. 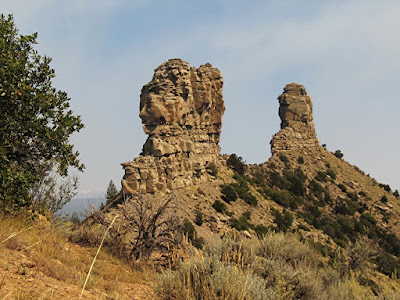 The guide told us where a pair of peregrine falcons nests every year, but, zooming in, we just saw some leftover whitewash. 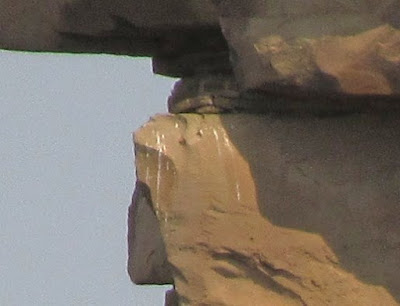 The guide was very knowledgeable and enthusiastic, but as interesting as the tour was, the best was yet to come.  When we arrived back at the gift shop, we had the opportunity to try an ancient weapon called an atlatl.  Here’s some info on it. And here’s my mighty warrior showing the proper form. 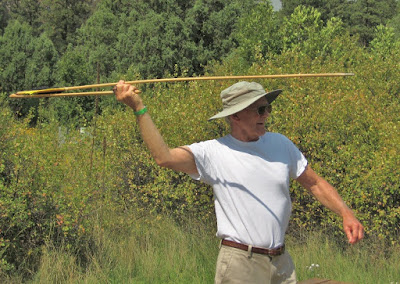 As you can see, the hold is a little tricky and to throw it, you whip the throwing stick overhand while releasing the spear. 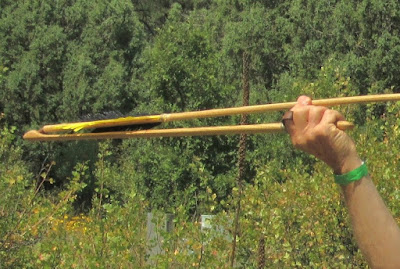 Although he just missed on his first throw, he brought down the buffalo (otherwise known as a hay bale) on his second try.