On the way to our winter home in Arizona, we almost always go through New Mexico.  We try to make each route slightly different and this year we took US 84 south from Pagosa Springs.  It took us through some pretty ranch land. 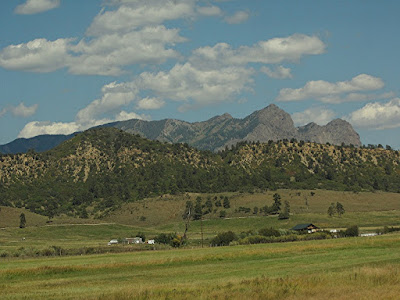 We spent a few days at Heron Lake State Park.  New Mexico has very reasonably priced state parks.  Here's our view out the front window.  As you can see, the water is pretty far down in September. 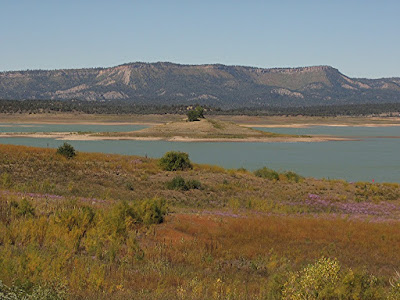 Except for the first night, we were alone in our non-electric loop. 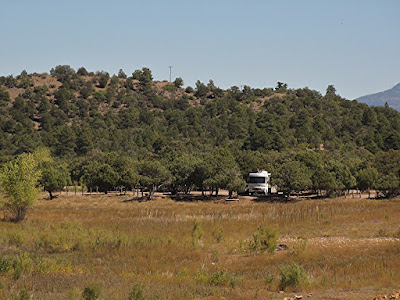 We checked out the visitors center, which was okay, but when we hiked down to the dam and came back along the shore, we found what they should display and explain.  I think that even people who are not as enthusiastic about rocks as I am would find these interesting.  Look at the veining on this one.  What is that? 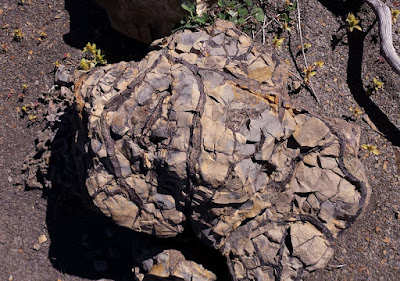 And this one seems to be spewing out agates.  Cool. 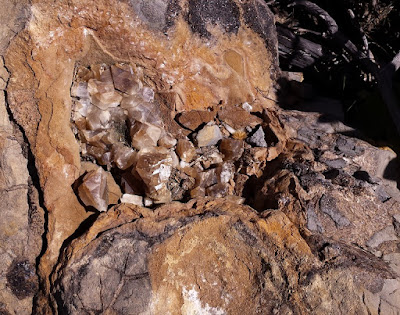 Since we were there on a Sunday, we had to drive 20 miles to the nearest town for Ron's traditional breakfast.  That meant a trip to . . . 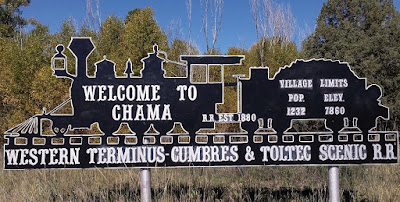 After breakfast, we drove through town and realized the scenic train was about to depart.  Yippee!
We drove to where everybody was waiting outside of town to catch it. 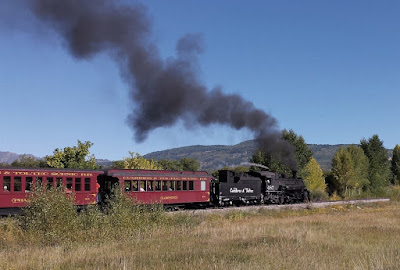 When all the photographers jumped in their cars, we followed them. 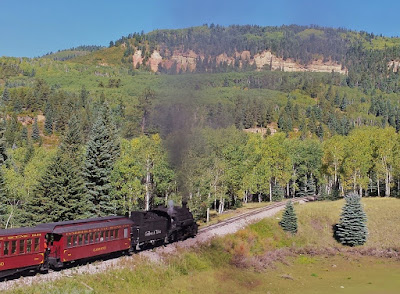 And once more to the spot where the train crosses a trestle.  If it had been a couple weeks later, I bet the leaves would have been really pretty. 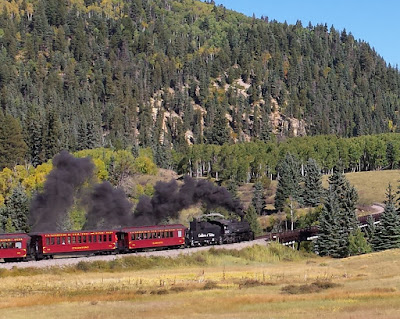